Mia Adams keeps bumping into her fantasy. Literally. From crashing her car into his to ramming his shopping cart at their local supermarket, each encounter brings her closer to the man she's always dreamed of: Kevin McIntyre, a former pro football player with an attitude and a propensity for swearing.

He seems perpetually angry but she has to admit the look suits him. She's pretty sure experience makes perfect too because the man has some serious skills. Let's just say she's been screaming his name a lot lately. Although, sometimes, it's to shout at his disappearing back. She shouldn't care, however, that he doesn't seem to remember her name or that he keeps leaving as soon as he gets what he wants. They're just having some fun after all.

Then why is he inviting her to his house? Did he change the rules and forget to tell her about it? The sex must have gone to his head, there is just no other explanation

She gasped, her finger slipping out of her mouth with a wet sound. "What is it? Did you find them?"

"No!" He turned back to the desk and clasped its edges with both hands. He willed his erection down but he couldn't get her out of his head. She was messing with his mind, damn it! "Did you spike my drink?"

"What did you do?" he roared as he grabbed her armrests and loomed over her. "Tell me!"

"Nothing! And don't you think you'd be feeling impaired right now if I'd put something in your drink? You drank it down in one gulp!"

He pushed himself upright and started pacing. She made sense, damn it! He was feeling fine, except from the way his jeans were tenting. So maybe she wasn't at fault there. Maybe it was just his body's way of reminding him he hadn't had sex in a while. Why now though?

He'd told her the truth earlier: she wasn't his type. He usually went for the long-limbed, fake-tanned and -boobed women that seemed to always be around football players. Groupies, bunnies, whatever they called themselves. He didn't care as long as they were hot and ready to fall in his bed.

But this woman was different. She wasn't thin or tanned. Oh, she was curvy as hell and her ass was round just like he liked them. He could definitely do something with that ass. Oh yeah. Fuck, McIntyre, get a grip! She was crazy! He didn't need the aggravation, that was for sure.

She watched him rake his hand through his hair. He looked agitated and angry and just plain hot. God, she loved this look on him.

Hearing her sigh, he turned to face her and spotted her half-closed eyes. "What now?"

"Mmm?" She blinked. "I was just thinking how hot you look when you're angry."

He felt his teeth snap together. She was unbelievable! "So you like it when I get angry?" His voice was deceptively soft. 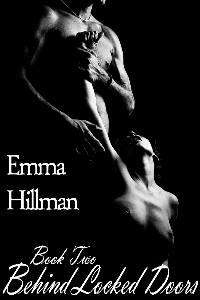 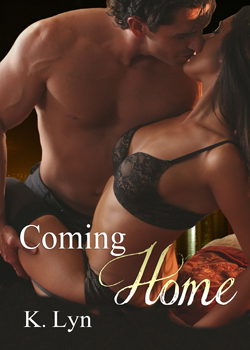