Taylor Stone, the former lead singer of a popular 80's rock band still carries a flame for her first love, Tommy. When she's attacked one night after a solo performance at a local bar, a stranger comes to her aid.Tommy can't believe after nearly twenty years, he still feels such intense love for Taylor. Unable to hold a steady relationship, he's resolved to spend his life alone, that is until Taylor comes back into his life.Can they pick up where they left off or has too much time passed between them? 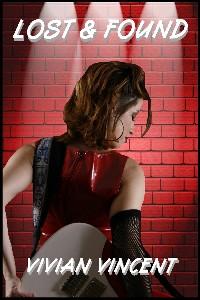 Leo, their manager, put them up in suites at The Plaza hotel. Taylor declined when the band asked if she wanted to do some sight-seeing. She opted instead for a long hot bubble bath and an early night.

After her bath she called her mother to let her know they'd made it to New York safely. When she finished the call, she crawled into the large bed and immediately drifted off to sleep.

When she woke the next morning, she felt rested and relaxed. Getting up to go to the window, she saw it was going to be a beautiful, sunny day. She dressed quickly and left a message for the other band members telling them she was going to go check out the city.

With Lethal Weapon still being relatively new to the concert circuit, not many people recognized her which suited Taylor just fine. She wanted to be a normal girl visiting New York City, taking in the sites. A few people had approached her asking for autographs and she was happy to oblige, but other than that, she went virtually unnoticed in the bustling city.

As she headed into Central Park, she spotted a hotdog vendor. Walking quickly, she reached in her pocket to count out money so she could grab herself a quick breakfast. She dropped a few of the bills on the ground in front of the vendor and bent to pick them up. At the same time, another hand came down to pick up the money also.

Snatching the bills up quickly, she brought herself upright and looked into the eyes of the man who she thought was trying to steal her money. She froze, unable to look away from the piercing blue eyes looking down into her brown ones.

"I-I-you-" she stammered. What the hell is happening to me? Taylor had never been tongue tied a day in her life.

"I'm Tommy," he said, reaching out his hand to her.

Her eyes still locked with his, she reached out to shake his hand. The simple touch of his hand caused her to blush profusely and a jolt of awareness to course through her.

"Taylor," she answered. Her heart was beating so loud, it felt as if it would pound right out of her chest. Tommy broke eye contact, ordered a dog for both of them, then handed her one.

She was still staring up at him. What a hunk! He stood about six foot one with short, almost spiked, sandy blond hair and the bluest eyes she'd ever seen. She nodded at him, agreeing silently it was nice to meet him also.

"Let's sit over there." Tommy motioned to a bench behind her.

Taylor followed, unable to think or do much else. She sat on the bench looking down at the hotdog in her hand.  She brought it to her lips and felt his gaze on her again. Taking a bite, she turned to look at him.

"You're Taylor Stone." He flashed a wickedly sexy smile at her.

"Yeah. That's me." She broke eye contact with him and took a few more bites of her hotdog before she spoke again. "You know me, huh?"

"Oh yeah. I've been trying for months to get tickets to one of your shows at the Garden. They sold out pretty quick." Reaching up, he wiped a blotch of mustard from the corner of her mouth. "Your first show's not 'til Thursday, you guys get here early to take in some sights?" He smiled devilishly at the rosy color in her cheeks when he put his finger in his mouth and licked the mustard off. 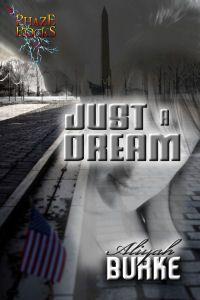 Just a Dream
Aliyah Burke
In Shelf
$3.00
Tweets by
sirenbookstrand