Leigh McGill knows her chance to make it big in Nashville is built on a lie. Recently arrived in the city with her some-time boyfriend and manager, she's been dropping the name of country star Tate McGill to get gigs. That isn't so bad, is it? Until her boyfriend convinces her to break into Tate McGill's Nashville estate while he's away on tour, live in his mansion, charge up his credit cards, and borrow his priceless classic car. After all, Tate will forgive her—once he learns she's the half sister he never knew he had.

Rafe Kendrick, part of the security team for the billionaire Blake family, has been trying to find out who's been squatting in Tate McGill's house and making fraudulent charges on his credit cards. Tate might not be a Blake by name, but he's a member of the family in every way that matters. And if there's one thing the Blakes do, it's take care of their own. So when Rafe corners the pretty country singer onstage at a Nashville club, he thinks his work here is done. But when Tate orders him to bring the woman to the Blakes's Texas ranch, Rafe finds his problems are only beginning. The sexy, spunky singer is a real spitfire, and she has no desire to spend days on the road handcuffed to Rafe, or nights in cramped hotel rooms, where the energy they generate becomes a firestorm they can't deny. But Rafe knows a thing or two about the McGills. And he isn't sure he'll be able to protect her when family secrets come a'callin'. 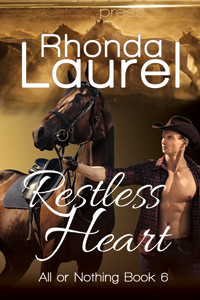 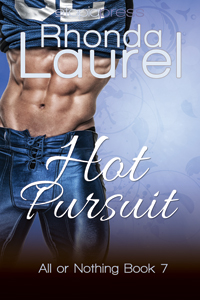 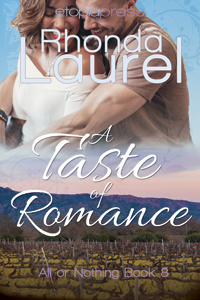 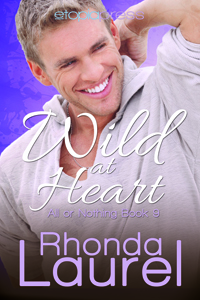 CHAPTER ONERafe Kendrick sat in a booth in the back of the packed bar, suppressing the urge to tap his foot as he scanned the room. The energy in the place was electric thanks to the great band on stage. The bustling activity of Broadway in Nashville always set him in a good mood. After all, it was what life was all about. Great music, good food, and Southern hospitality. He loved live venues even though the layout was a security detail’s worst nightmare. There were vulnerabilities all over the place. Open doors and windows that led to an outside patio area, people wandering about, and bouncers who weren’t covering the stage correctly. With a quick hop onto the low stage, a knife-wielding psycho could up be there with the performers in a matter of seconds. There should be at least one muscle-bound dude standing in the front as a visual deterrent.The rhythm was strong; the patrons were dancing. Too bad he wasn’t there to have a good time. He was in the country music capital of the world to ferret out the person who’d been squatting in Tate’s McGill vacation home in Tennessee and making fraudulent charges on his credit cards. He’d brought along two more security specialists to assist him, even though he could have handled it alone. He’d been in charge of the Blake family’s security accounts for some time now, but it had been hard to tone down his lone-wolf antics. Those accounts included all of their personal properties and business ventures, and he was now in charge of the Holbrook security account as well. Usually he was a man of action, but now he was in charge of a team and relegated to delegating assignments. Still, that didn’t stop him from placing himself in the rotation.The gorgeous singer belted out the song as she strutted around the stage in a pair of skintight jeans, a pink blouse, and a straw cowgirl hat. She was the embodiment of country music, not just her clothes but also the song she sang. It resonated from deep inside her and flowed out as a sanguine melody mixed with love and heartache. She had pretty, familiar blue eyes and a warm smile, but he could see the hint of trouble beneath the beautiful facade. In his business, knowing how to read people was an important part of the job, and her blue eyes were a stormy shade like the darkening skies just before a tornado.“I can’t fix this hole in my heart,” the mesmerizing singer crooned into the microphone. She was looking out into the crowd, but her gaze seemed to find him where he sat, and their eyes connected as if she were singing only to him. She looked away first, but the contact left him feeling unsettled with its intensity.Lately he’d been feeling there was something missing in his life, and it did indeed feel like a hole in his heart. He had a good life. He loved his job and had good friends, but there was a void he felt lying in bed in the stillness of the night. So he did what any reasonable person would do. He kept busy so he wouldn’t have to think about it.The song ended, and the crowd let out a raucous cheer. He stood, ready to get on with his job. He gave a subtle nod to his specialists, indicating for them to stand down until he gave the signal. The singer hopped off stage and headed for the bar. He nodded at the guy at the end of the bar wearing the white Stetson. There were two other Regency specialists in the room. It was overkill, but he was leaving nothing to chance. He hoped the pretty singer wouldn’t be too mad that he was about to ruin her day. After all, she was the reason he’d come all this way.