English beauty Eva St. John is flown to Texas to shadow rugged billionaire oilman Jack McClaine for the magazine article she is writing. He has a reputation as a fast-living, womanizing rogue, who has quite literally come from the wrong side of the tracks. A self-made man who always gets what he wants.

Still nurturing a broken heart and a secret past she left behind her long ago, Eva intends to remain professional at all times. But will she be able to resist the inevitable sexual advances of the predatory Texan Jack McClaine? And will she really want to?

As a rule, Jack McClaine never mixes business with pleasure, but for the beautiful and intriguing Eva St. John he will make an exception. Who is she really? And what is she running from? 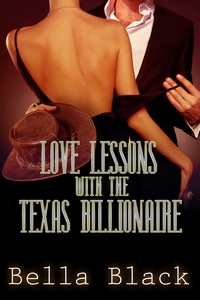 5 STARS – Night Owl Reviews Top Pick
Eva St. John is a hard worker and will do anything she can to get the right story out to the public. The thing is though she maybe a good journalist she excels at keeping her identity a secret. She keeps her life a secret and will not let any man near her heart. The last time she did let a man get close she got hurt real bad. Her past comes back to haunt her when she is assigned the job of Jack McClaine. Everybody wants to know the real Texas oilman and she is the woman to get the job done. It started as an assignment yet somehow Jack has pulled her into his seduction. Each day she is learning about the real Jack McClaine and it scares her. Can she walk away from this assignment and his love once the job is done?

Jack McClaine is known for getting jobs done and keeping his life a secret. He’s known many journalists but none like Miss Eva St. John. This woman is determined to get to know the real Jack McClaine. All his life he has been good at not letting any woman get to him yet Eva has just done that with a snap of her fingers. She is everything he would have gone for if his life weren’t so messed up. As a workaholic he’s known to ignore women especially their come hither looks yet Eva is unlike any woman he’s known. Can he just let her walk away after finding out his real past? Can he go back to being a workaholic after losing his heart to Eva?

Jan Bowles has a talent that I haven’t seen in many books lately. Ms. Bowles brought these characters to life so easily I could hear Eva’s English accent. I loved that these two share so many things in common yet deny the attraction is there. Though their pasts are heartbreaking they do love each other. The story line definitely kept its pace, which I liked in this type of story. Jack and Eva are definitely two peas in a pod yet like oil and water they sure do have their ups and down. Loved it.

“Why, Miss Eva St. John, I feel about as welcome as a skunk at a lawn party,” Jack McClaine spoke as mild amusement played around his silver-gray eyes.

Eva eyed him warily. It was only two days since she had first laid eyes on the rugged Texan. Now his lithe, athletic frame perched on the desk, her desk. He looked every inch at home as if he belonged there. Wearing a light gray suit, he seemed to think his very tall six-foot-three-inch frame had somehow a right to be there.

“Just what is going on, Mr. McClaine?” Eva folded her arms across her chest, her mouth compressed with indignation, as she waited for his answer. Her gaze was drawn inexorably to his, and like a laser it burned into her. Then as a smile spread from his eyes down to the deep dimples at the side of his mouth, she felt the breath escape from her lips in a silent gasp. Why did he have to be so damned attractive? She had to fight the sudden urge to push the stray hair back that had fallen forward across his forehead.

“Mr. McClaine, are you going to answer my question?”

“Hold on now, darlin’, I thought we were on first-name terms already.” He smiled at her in amusement.

“No, we’re not.” She slumped into her chair and glared up at him. “Andrew Jameson could shadow you for a month. Why do you want me? I won’t be a pushover, you know. I’ll certainly write exactly what I think.”

He smiled easily and twisted around to meet her frosty gaze. “Now, why would I want Andrew Jameson to shadow me for a whole month? Live in my home. Share my food. Share my life. Why would I want him when I’d be much happier with you?”

Eva picked up a pen and pointed it at him. “You, Mr. McClaine, have a reputation. If you are expecting anything but a working relationship, then you are mistaken.”

She looked up watching the amusement play around his eyes. The creases channeled down to his mouth. “Don’t look so smug, Mr. McClaine. You may regret your decision to invite New Dawn magazine into your home. You may not like what I write. Be careful what you wish for, Mr. McClaine.”

“Darlin’, I’ve never regretted anything in my life.”

He laughed. “Eva, it’s just a figure of speech. It don’t mean anything.”

That afternoon a huge row developed with her boss, Simon Jessop, but he wouldn’t back down. If she pulled this off, he’d give her a raise. Even more than that, he’d give her a promotion. She wanted to know why he thought Jack McClaine specifically asked for her to do the article. His thoughts exactly mirrored her own. He had lifted his hands in the air, an expression of helplessness on his face and said, “You’re a big girl, Eva. I’m sure you can handle yourself, and Jack McClaine.”

Eva felt like a dish served up specifically for Jack McClaine’s pleasure. What’s more, her boss had handed her over on a solid silver platter.