Loving another isn't always easy. When romance first blooms, everything seems perfect, but soon the veneer peels away and trouble sets in.

The stories in this collection focus on gay men who try to make their relationships work in a world intent on pulling them apart. A young man brings his first boyfriend home to meet his parents, even though he's terrified of his father's reaction. A flirtatious coworker sparks a fight between two committed men. A cam whore is tempted by an online admirer who tests his love for his boyfriend.

The men in these seven tales are in relationships for the long haul, if they can learn how to make things work. They all want to live happily ever after ... eventually.

Lesser of Two Evils: In college, Jared falls in love with Larry but isn't out to his parents. Then Larry asks to meet Jared's family. Jared knows his sexuality will distant him further from his father. Unless he can find some way to soften the blow ...

I'll Take the Rain: My boyfriend is the jealous type, and I always seem to say or do the wrong thing at the wrong time. Unfortunately, our roommate only sees us when we're at our worst. I hope her misplaced concern won't come between us. Or maybe it’ll be my own stupidity that tears us apart.

We're Not Fighting: Jack is in a committed relationship with Aiden and, in Jack’s mind, no one else matters. So when a new girl in the office flirts with him, he thinks it’s nothing. But Aiden is pissed. Jack wants the whole thing to blow over, but it looks like Aiden’s about to blow up.

Crash and Burn: When Chris discovers his lover Aaron is secretly taking prescription drugs for depression, he feels as if he doesn't know Aaron any more. He's afraid to bring up the pills he found, but more afraid of losing his lover. Will he be able to step in and say something before it’s too late?

Don't Be Late: Who says marriage is bliss? Blake and Jeremy had more time together dating than they do as man and husband. Working long hours keep them apart, and their schedules rarely sync during the week. They only make love on the weekends. One hectic day follows another. Will they ever get a moment alone

Wanna Cyber?: Ritchie is a cam whore; he loves the internet. His boyfriend Doug isn't exactly technologically savvy and is worried about what Ritchie gets up to online. He trusts Ritchie, really -- it's everyone else he isn't too sure about. One evening while Doug is at class, he decides to chat up Ritchie without revealing himself to his boyfriend, just to see what happens. The response he gets surprises him.

Picture Postcards: Donny has loved his friend Greg for years but never told him. They shared one brief night together before Greg married Megan and Donny ... well, Donny tried to move on. He thinks he's succeeded in relegating Greg to the past until he receives a postcard from his friend that suggests Greg still thinks of that night, too. 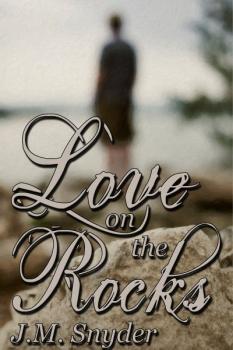 EXCERPT FROM "Crash and Burn"

In the bathroom I brush my teeth, peering into the mirror that’s already fogging up from Aaron’s shower. “Can you turn that off?” he asks, raising his voice over the sound of rushing water. “I don’t have any pressure here.”

Spitting a mouthful of toothpaste into the sink, I rinse my mouth and turn off the faucet. Then I lean over the counter, dangerously close to the mirror, and study the dark smudge of my hair. It’s cut as short as it can possibly be and still be considered hair, but I see the ends are beginning to curl already and I want to shave the whole mess off again. “I need a haircut,” I say, not because Aaron cares, but just to talk. I like when it’s the two of us alone and we don’t talk about anything but stupid shit. I can pretend we’ve been married for years, we’re that comfortable with each other, which makes me hope that one day we really are married and we’re still like this. I want that more than anything else out of life.

“Leave your hair alone,” Aaron says, splashing in the shower behind me. “There’s nothing left to cut.”

“But it’s starting to curl.”

He doesn’t reply because he likes my wavy hair, he always has. I know he secretly wants me to forget about cutting it and let it grow back long and thick, the way it was when we first met years ago. Secretly, I’ve thought about doing that for him.

Frowning in the mirror, I pick at the hair along my chin and think I should shave it off. Just for something different. But I stopped shaving a few months back in the hopes of looking older, more sophisticated. The moment the opening came up in sales, actually. I ditched the baby face and the boyish hair, started wearing ties and cuff links, the whole nine yards. Has anyone in the office noticed yet? If they have, it hasn’t done jack towards getting me a raise.

I don’t even own a razor any more. I was a disposable blade sort of man, but from the look of it, I’m never going to sport more than a shadow of stubble anyway. Aaron has a nice electric razor -- even though he sports a grizzly morning-after look himself on the days he has to work first shift, he has the Norelco his mom bought him for Christmas last year.

“Can I use your razor?” I ask. Before he can answer, I duck under the sink and reach for his little black travel bag. What’s he going to say, no?

Surprisingly, he does. “You’re not shaving your head.”

“I’m not,” I promise with a laugh. That would be cute, me trying to chop off what little I have. I can picture it now, hands behind my head, that damn razor buzzing in my ears, and who knows what the hell I’d look like then? “Just want to get this scruff off my chin.”

“Dip it in milk and let the cat lick it off,” he says.

I don’t know if he’s being serious or not, so I don’t bother to answer. Instead, I squat on the ground and pull his bag into my lap. Why he keeps all his toiletries in it instead of on the shelf in the medicine cabinet I cleared off specifically for him, I don’t know. The bag overflows with all sorts of stuff -- a well-squeezed tube of toothpaste, an extra toothbrush, a pair of my diamond-cut cuff links (so that’s where they went), three little black combs like the ones you get at a barber shop, Chapstick (also mine), cologne, one of those tiny hotel soaps he swiped from somewhere God knows how long ago, a trial size bottle of shampoo probably from the same hotel.

Beneath it all is the razor. As I pull it out, I hear the unmistakable rattle of pills. Aspirin, I think, because who doesn’t carry aspirin? I have a bottle in the cabinet above the sink, a huge generic bottle from K-Mart that has all sorts of pills in it, Advil and Tylenol and Aleve, even some Motrin my sister left behind. But these pills aren’t in one of those over-the-counter bottles, they’re prescription. I frown as I read the label because I don’t know what Effexor is.

I can’t. I didn’t know he was taking anything on a regular basis -- anything prescribed, when had he seen the doctor? And part of me knows he’ll get mad if he knows I found them. There’s a reason he didn’t tell me about them in the first place. If I ask now, it’ll only start a fight.

The date on the label is a few weeks back, right around when he doubled up his shifts to cover those in maintenance who were out on vacation. Maybe these are stress pills. Take one tablet three times a day, the label reads. I think a moment and try to remember if I’ve seen him take any. I want to say no.

Unless he’s not taking them.

I open the bottle and shake out a handful of the shield-shaped pills into my palm. The bottle’s more than half-empty -- if he isn’t taking them, he’s throwing them out three at a time, because I can see they’re disappearing right on schedule. He came in here last night, remember? After he couldn’t get it up, he came in here and brushed his teeth and probably took one then.

Behind me the shower cuts off. I dump the pills back into the bottle and twist the cap on quickly -- I don’t want him to think I’m snooping. I hate arguing with him about anything, anything at all, and I just know these pills are asking for it. I shove the bottle back into his bag and rummage around in it some more to cover them up with the rest of his things. Then I put the razor back in, because I’m no longer interested in shaving.