Snooping on your boyfriend’s phone is never a good idea. Collins can’t help herself after he unexpectedly commits suicide, but what she finds makes her grateful he’s dead.

Collins Carpenter has always been the textbook good girl until her freshman year of college when an unplanned pregnancy with her best friend, Everett, complicates everything. In a desperate attempt to deny her feelings for her child’s father and her jealousy toward his new girlfriend, Collins jumps into a relationship with Brock Webber. Nobody suspects that his good looks and charm masks something quite sinister until after his death, when the things he had been involved in finally come to light.

Disturbing and inexplicable events leave Collins wondering if Brock’s spirit is not at rest or if somebody from his past is after her. Somebody who may be closer than she thinks.

14+ due to teen pregnancy, adult situations 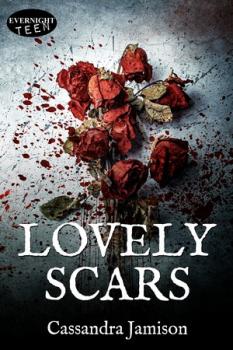 It felt as though there was something hovering over me, too close, I couldn’t even breathe. I sat up fast, my eyes wide, desperate for them to adjust to the darkness in my bedroom. It was still the middle of night, I could barely see in front of me. Something seemed to be moving in front of the bedroom door, though, an opaque shape that kept growing and growing as though it was moving closer. I almost screamed out loud, but that’s when I properly woke up and saw that nothing was there. My bedroom door was open and the shadow was just the natural black light of the hallway. I lay back against my pillow, catching my breath. Why had I left my door open? I never did that. I wasn’t sure why I felt safer when it was closed. It wasn’t as though a serial killer was going to come into my house saying, “You can run, but you can’t hi…ah, never mind, your bedroom door is closed.” Nonetheless, I was going to have to get up and close it if I ever wanted to get back to sleep. Not that I could have found rest with my heart still hammering the way it was. Instead, I grabbed the video monitor from my nightstand and blinked into the gray light on the screen. Henley was lying on her belly, as she always did, long curls spilling over the fitted sheet. I wished I could dream as peaceful as she did.

I was about to set it down when there was movement in the corner of the screen. I brought it back and stared into the picture. A shadow seemed to move across the room, some kind of slow movement that I couldn’t make out. A car driving past the window? The eclipse of a blowing tree? Henley didn’t shift. I didn’t hear anything at all in the monitor other than the gentle rhythm of her sound machine. Then my heart stopped altogether as the shadow became dense, a small piece of it available in the night vision light of the monitor. I waited. Seconds felt like minutes. It was as though I’d been holding my breath for a lifetime. It was a hand. It looked like a human hand stroking her hair.

I was flying out of my bed before I could get the blankets off of me. They tangled around my legs and knocked me flat against the carpet. Kicking them off, I regained myself and sprung down the hallway, where I found Henley’s bedroom door sitting wide open. I never left it open! Never! Bounding into the room, I punched the light switch on the wall and blinked wildly as my eyes adjusted. My limbs flung violently, ready to fight anybody or anything that was inside. But there was nothing there. Henley shook from my sudden burst into her room and then began to whine.

I ran around the small room, checking the window, the closet, and behind the door. Then I went out into the hall and turned that light on as well. Making a quick run around the kitchen, living room, and bathroom, I finally made it to the front door where it was securely locked, just the way I’d left it. I hurried back to get Henley, who was still fussing from the rude wake up. What the hell had just happened? Did I imagine it? I had just come out of a frightful dream and was still bleary-eyed and half asleep. Maybe I only thought I saw a hand in the monitor. Clearly there was nothing in the house. I went to the crib and scooped her out, apologizing a thousand times until I saw Tufty. It wasn’t just in the crib where I did not leave it, it was hanging halfway out of the bars as though it had been deliberately squeezed and wrenched through it. Somebody had done that. Somebody or maybe something.