Loving Me, Loving You (MM)

Hanson Yoo despises his job. He works seven days a week and is in line for junior partner, but that's not enough anymore. Why does he do it? To please his mother, or at least that's how it began. But now, not even that can keep him going.

Late one night, Hanson helps an acquaintance out of a bad situation and meets Lindsey Grier, a man he's been admiring from afar.

When Lindsey flirts with him, Hanson isn't sure if it's real or out of gratitude. Things like that don't happen to him, and he has little self-confidence. Rather than take a chance, he cuts his losses and runs away. But then he doesn't get the partnership, and realizes he has nothing left to lose.

Hanson has been given a second chance, and isn't going to waste it. Maybe by learning to love himself, he can love someone else, too.

Loving Me, Loving You (MM)

I wanted to turn and run, the mortification from our last semi-encounter still fresh in my mind, but Lisa dragged me inside and shut the door.

"Linds, Hanson saved me from being raped tonight." She rushed to his side and hugged him close while he rubbed her back and looked at me in shock and concern. Gosh, I'd forgotten how beautiful he was. Or, rather, I'd pretended to do so.

He was a head taller than Lisa, who was close to my height. "Is this true? What happened?" Lindsey asked, one hand coming up to gently run over Lisa's sweaty hair.

I rubbed the back of my neck. "Lisa is exaggerating. I didn't do anything but grab her hand and run to the train station. She'd already taken care of the guy. I just happened along toward the end of the tussle."

"He protected me, Linds!" Lisa protested fiercely. "Mr. Yoo -- Hanson -- was the only one who did anything at all when I cried out for help." She sniffled a bit into Lindsey's shoulder. "I was checking my phone and this guy appears out of nowhere."

Lindsey tilted her head back a bit, frowning. "What have I told you about using your phone at night, sister mine?" Ah, so they were siblings. He shook Lisa lightly before hugging her even closer.

"I know, I know. But I'm okay." She squeezed him tight before pulling away and grabbing my hand, pulling me into the kitchen. "Are you thirsty, Hanson? We have coffee, juice, soda ... you want some water?" She chattered on as she rummaged through cabinets, searching for glassware or cups, I suppose.

"I'm fine, Lisa, thank you." I tugged at my tie, which was still perfectly knotted, despite everything. "I really should get home. I just wanted to see you home safely." I backed away. "I have to be up tomorrow morning to go to work. You have a good night, er, both of you."

I opened the door and shut it behind me, moving tiredly toward the elevator. Now that my adrenalin rush had passed, I was exhausted. As I pressed the down button, I heard footsteps behind me. I turned to see Lindsey striding in my direction. My cheeks heated, not knowing what to expect, and the sight of him in an old T-shirt, frayed jeans-shorts, and sandals affected me. I didn't want to say anything stupid.

He stopped next to me as the elevator dinged. I stepped inside, and he did the same. We were silent as we went down to the lobby, and he followed me outside the building. I wasn't sure what to say, so I gave him an awkward nod and started walking toward the station. I didn't get very far before Lindsey grabbed my hand and hugged me close.

I floundered a little, but soon returned the embrace, and oh God, he felt wonderful. Warm and solid, his arms strong and muscled, my head on his shoulder and I could feel his body shudder. I didn't hear him cry, but the trembling gave away his emotional state.

All I could do was stand there and offer what comfort I could, for as long as he needed it. It didn't matter why. When Lindsey calmed down, he stepped back and removed his glasses to wipe his tears away before putting them back on.

"You don't know what it means to me that you helped Lisa tonight," he said, voice husky. "She's my only family. I want to protect her twenty-four-seven, but I can't be everywhere. If anything happened to her, I -- I don't know what I'd do." He grabbed my hand and kissed the knuckles. "Thank you, so much, for being the kind of person who would help another, just because."

And then he walked back into the building, back straight, and I wondered what it would be like to have someone like Lindsey Grier in my corner. 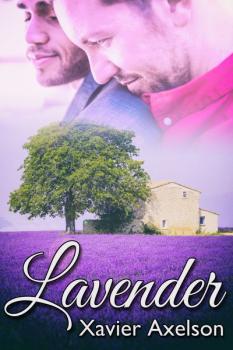 Strength of an Assassin (MM)
Stormy Glenn
In Shelf
$4.50
Tweets by
sirenbookstrand