Every morning, Alan Sommers arrives early to work. He makes coffee, tidies the office, and makes sure the blinds are open to let in the California sun. All of it he does for Kincaid Malloy, his boss of the last three years. His handsome, intelligent, and completely professional boss.

And therefore, there's no hope his love for Kincaid will ever be returned. When Kincaid asks him to pet sit at his home while he's away at a law conference, Alan readily agrees. What he doesn't expect is that his dreams of loving the boss might finally come true.

Alan turned to his computer and began to punch in the necessary information for the case file Edgar had given him. A few minutes into it and Kincaid Malloy appeared from down the hall.

“Good morning, Alan,” Kincaid said, walking past him with his briefcase in hand.

Alan let his imagination run wild for just a few seconds. Wouldn’t it be lovely if when he got into Kincaid’s office, the man pushed him face down on the desk and tore the seam of his gray dress slacks, pushed aside Alan’s underwear, and shoved his cock in Alan?

He picked up his yellow lined legal pad and pen and followed his boss into the office.

“Thanks for bringing me my coffee.” He went to his desk and sat down, taking a sip. “As perfect as ever.”

Alan beamed, knowing it was foolish to feel so ridiculously good. He allowed himself a moment of ogling while Kincaid got situated. The man must be close to forty now, which probably made him ten years or so older than Alan, maybe slightly more. He was classically handsome, sort of like George Clooney, although without the gray, but masculine and muscular. Tall, dark and yummy. 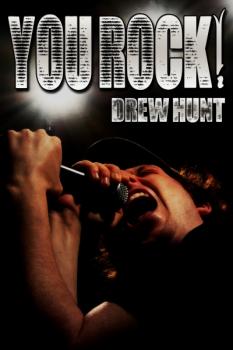 You Rock! (MM)
Drew Hunt
In Shelf
$1.99
Tweets by
sirenbookstrand