Nathaniel, a horse-riding traveler in eighteenth century Europe, emerges from a vast forest to see a field of golden wheat. At the centre of the field is a large tree and, at its base, a man. Strangely, the man appears to be talking to the tree.

At the village inn, Nathaniel asks the barman about the man and tree. The barman refuses to tell him anything, so Nathaniel decides to visit the man himself. The following morning he rides back to the field, where he notices the man is still there, talking to the tree.

He introduces himself to the man, whose name is Adam. When questioned about why he sits beside the tree, talking to it, Adam reveals a story so amazing, it borders on being unbelievable. Nathaniel, too, has a similar tale, the conclusion of which is just as bizarre and shocking as Adam’s.

One such Sunday they were lying in each other’s arms, naked after making love. A cool breeze had found its way through the forest to cool their sweaty bodies. A sound, the crunching of a twig, had them both alert since the road passing the front of the property carried both honest traveller and crook.

“Did you hear that?” whispered Adam.

Ruben brought a finger to his lips and reached for the gun. He slowly stood, cocking the weapon, ready to fire.

So engrossed was he with his lover’s perfect physical form, he almost didn’t notice Ruben raise the gun. A shot jolted Adam back to the here and now.

“What was it?” he asked, leaping to his feet.

Ruben didn’t reply. Something in the trees on the other side of the stream consumed his attention.

Adam searched the trees and shadows, but couldn’t see anything out of the ordinary. Nothing moved. Nothing made a sound.

Ruben pulled on his shirt and shook his head. “I can’t say. It was something dark. I could barely see it.”

“Could it have been a person? A highwayman?”

Ruben shook his head once more. “I couldn’t say.”

Once they’d collected their belongings, they walked back through the forest to the bare fields; the wheat had been recently harvested and the new crop had not yet been planted.

Both men kept glancing back at the forest.

“Nothing worse than a wounded animal,” said Adam.

But in that he was sorely mistaken.

She appeared seemingly from out of nowhere, though Adam knew that was impossible. One minute they were the only two people in the field, and the next, there was a woman, an elderly woman judging by the way she was shuffling across the dirt towards them.

“Is that your mother?” asked Ruben.

Adam shook his head. “No, she’s poorly, remember, and confined to bed.”

The old woman came towards them surprisingly fast, considering she was barely moving her feet.

“How’s that possible?” asked Adam, a slight frown materialising on his brow.

“She’s a witch,” said Ruben, a snarl in his voice. “Only a witch could trick the eye and mind like that.”

If she was indeed a witch, it surprised Adam how normal she looked. Apart from her hooded brown robe, tattered and dirty around the hem, and spotted with various stains, she could have been any old woman from the village.

“We meet,” she croaked, smiling and revealing grey and yellow teeth.

The woman regarded him through narrowed eyes.

“Which of you has the fire stick?” she asked, eyeing the men carefully.

“The fire…” Then Adam realised what she meant.

“What has that to do with you?” asked Ruben, sliding his arm around Adam’s waist.

The old woman struggled out of her robe, letting the garment slip to the dirt to reveal the withered and wrinkled body beneath. On her left shoulder was a dark hole ringed red and leaking two lines of crimson, which snaked down her chest and over her sagging breast.

Adam couldn’t say which was more confronting -- the old woman’s decrepit body or the pellet wound in her shoulder.

Adam and Ruben looked at each other, and when they returned their attention to the old woman, she was suddenly dressed again.

Ruben pulled out his gun.

“Stand back, witch!” he shouted. “If you don’t leave immediately, I shall finish the job.” 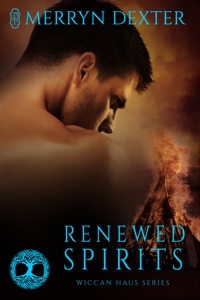 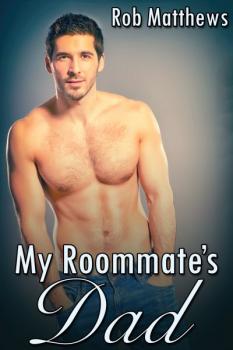