Marked (The Recruits: Book One)

When Faye wakes up after a lust-filled night and finds herself tied to a man she thought belonged to someone else, she realizes there’s a lot more to her friends than she could have ever imagined.

Being Mated to an Immortal isn’t all it’s cracked up to be however. Of course, the sex is hot and just plain amazing, but she needs more from Jake. She just hopes he’ll come to realize this before it’s too late…

Marked (The Recruits: Book One)

Heat Rating: Scorching
Word Count: 38,806
10 Ratings (3.5)
Paranormal Rubenesque Erotica Fiction
In Bookshelf
In Cart
In Wish List
Available formats
PDF
ePub
HTML
Mobi
Cover Art by Emma Hillman
Reviews
Kind of strange, but not unlikeable. Wish there was more explanation of what they were exactly..
1204
I think this book had potential, but there just wasn't enough story. You don't really see the relationship progress from her being taken as a mate without consent, to them being in love. You are just kind of told it happens. Other then sex you don't really see much of a relationship at all, she just meekly accepts everything. I think the book would have been better if the story was longer, had more backround...you still don't really know much about what these immortals are. Overall if the story was shown more then told, and there was more information this could have been much better.
Missy
Read more...
Professional Reviews

"... quite entertaining, and keeps you guessing as to what’s going to happen next... would love to see a sequel."

"... you want to experience Jake just the way she is because there is something dark, dangerous…and delicious about him... There is so much sex in this story, so plan to spend your moments with Faye and Jake turned on because the sex—all of the sex—is the yummy, naughty make you sweat kind."

She’d never been in this room, and yet she’d heard about it from Sofia. It was a play room; there was just no other way to describe it. There was a daybed, large enough to be comfortable for two people lying on it. A sturdy chair. A widescreen TV and a collection of DVDs. Shelves lined with boxes of… She walked closer and felt herself start to blush. Toys. Cock rings, vibes, plugs. Anything and everything under the sun. “Did you rob a sex shop?”

Jake chuckled behind her, his arms wrapping around her waist and stopping right beneath her breasts. “I like toys. I know you do too.”

She stilled. “Who told you that?”

“Chris,” he whispered in her ear. “He said you ordered them online. So, what’s your favorite, baby?”

She licked her lips, wondering how her roommate even knew about those. And why the hell had he told Jake about her purchases? “Uh, I don’t know.”

“Oh no, Faye, that won’t do.” Warm palms drifted up her shirt, opening each button slowly until it parted. A rumble echoed in his chest as her breasts were revealed. “Tell me, baby. What’s your favorite toy?” he repeated as he took the shirt off of her. His chest once more pressed against her back, he traced her lace bra with soft fingers. “So fucking nice. I know what my fave toy for you is gonna be.”

She tilted her head back. “What’s that?”

With a smirk, he leaned forward and grabbed a box on the upper shelf. Moving so he stood in front of her, he said, “Take off your bra.”

“Yes.” He put the box in his back pocket, as he waited for her to do his bidding.

She gulped. “Right.” Before she could lose courage, she opened the back clasp and drew the straps down her shoulders, her breasts coming to rest on her chest. She winced at the sight but didn’t have time to protest. Jake had already grabbed the bra and sent it flying to the opposite side of the room.

He moved to his knees in front of her, his hands weighing her breasts with apparent relish. “Oh, baby, they’re amazing. So soft and round and… Oh yeah.” He levelled his face with them and took one nipple into his mouth, biting on it until the surrounding skin crinkled. Then he did it all over again to the other one.

She clasped the back of his head and held on, feeling a sudden urge to rub her thighs together. “Jake!”

He laughed. “Are you getting wet, Faye?”

Her eyes as wide as saucers, she nodded.

“Perfect,” he praised her, standing up and pulling the box out of his pocket. He opened it and showed her its content. 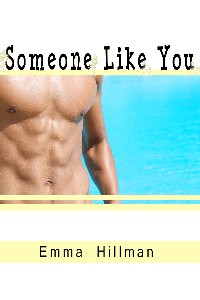 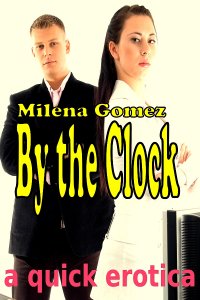 By the Clock
Milena Gomez
In Shelf
$1.99

Under the Tree
Stephanie Williams
In Shelf
$2.99

I Got a Feelin' (MF)
Lea Kinkade
In Shelf
$5.99
Tweets by
sirenbookstrand