The first three stories of Hayden Thorne's best-selling, critically acclaimed gay superhero young adult series are now available together in one box set for the first time! Meet Eric and his best friend turned boyfriend Peter, along with a thrilling cast of characters as they rush to save Vintage City from supervillian attacks. Contains the stories:

Rise of Heroes: Strange things are happening in Vintage City, and sixteen-year-old Eric seems to be right in the middle of them. There’s a new villain in town, one with super powers, and he’s wreaking havoc everywhere and on Eric’s life. The new superhero who springs up to defend Vintage City is almost as bad, making Eric all hot and bothered, enough so that he almost misses the love that’s right under his nose.

Evolution: While his friends continue to develop their newfound powers, Eric begins to feel the effects of being the odd man out, and work-related stress creeps into Eric’s relationship with Peter. To make matters worse, there are the strange headaches, sleepwalking, and nightmares that haunt Eric, as well as the Devil’s Trill’s call for him to take his place as a supervillain sidekick.

Ordinary Champions: As a newly-transformed supervillain sidekick, Eric struggles with his conscience and schemes to turn the tables on the Trill. But his powers deteriorate, growing more and more unstable. He realizes that he doesn’t have much time left to set things right on his own, even if it costs him his life. 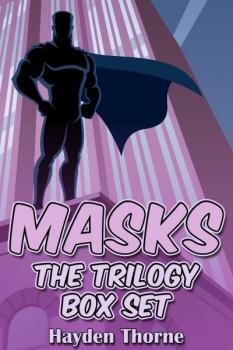 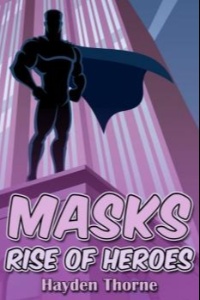 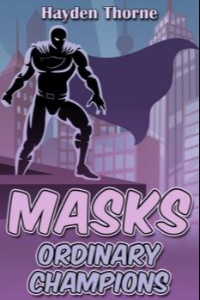 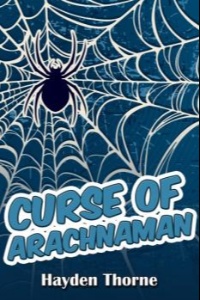 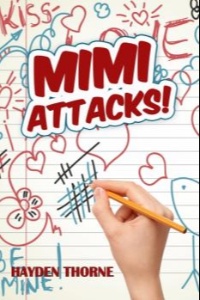 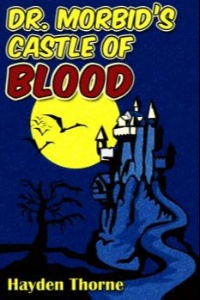 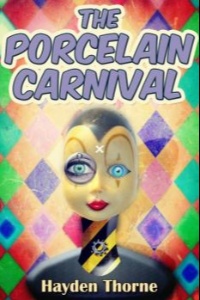 EXCERPT FROM "Rise of Heroes"

He suddenly fell silent and regarded me, unblinking.

His gaze darkened. His brows furrowed. Then, slowly, he leaned forward, bringing his face closer to mine. My eyes widened. Was this the moment? A rescue, an unmistakable attraction, a brief shaking off of inhibitions? Superheroes were only human, weren’t they? I held my breath, relaxed my jaw, and parted my lips a little.

Never mind that tiny screaming voice in the back of my head that was going “Peter, hello! Hello!”

He stopped a mere two inches away, and he sniffed.

His scowl deepened. “You’re underage, and you’ve been drinking,” he growled. I felt the blood drain away from me.

“It was an in-and-out martini!” I protested. Hello, Freud. “I only had a couple of sips!”

He narrowed his eyes.

“Oh, come on -- you screwed around when you were my age, didn’t you? Hell, everyone does it!”

He pulled away. I was looking once more at a marble statue: beautiful, perfect, but painfully repressed. I wondered if he threw himself into his calling with all the single-minded determination and rage of a total nutcase. In fact, I wanted to ask him if he was Catholic.

“Young man, I’m taking you back home, but I want you to promise me that you’ll stop acting like a child with all this rebellious underage drinking nonsense. Keep a clear head, keep to the straight and narrow, or you’ll end up like one of those thugs we just took in.”

He took me home. There was absolutely nothing romantic about the method of transportation, and no one should entertain any romantic ideas about that -- yes, despite the first Superman movie and that cheesy-schmoopy flying-date-with-Lois-Lane bit. He soared above the city, his thick arms outstretched, and I clung behind him, my arms like steel bands around his neck while I fought the urge to look down. Being kept from plummeting to earth and going splat on asphalt by nothing more than one man was a pretty shitty thought. Maybe it would have been better had he held me against his front, but I had a feeling he needed his arms for navigation. They were like a pair of meaty joysticks, but that was just my addled brain doing its best in avoiding all kinds of horny references.

And, yep, pressing my body against his granite-like back was a very, very embarrassing situation for me, and I prayed he didn’t feel anything funny coming from my jeans.

The air was cold. The fog smelled like chemicals and rot, and the threat of rain grew stronger with every minute. Flying over Vintage City was as charming as a stroll through a landfill. I think I coughed all the way home.

I gave him directions the way I would to a cab driver.

We presently set foot at my doorstep, and Magnifiman even rang the doorbell while I slithered down his back, shivering and swallowing and grimacing at all those toxins I was sure I’d inhaled en route. Liz opened the door and then nearly fell back with a tight little shriek.

Liz just gaped at him, all bug-eyed and looking like a carp out of water, while I staggered across the threshold. I turned around in time to see Magnifiman nod sharply, step back, and take off with that familiar whoosh, while Liz continued to stand there and do her suffocating carp impression, completely immobilized.

“Yeah, whatever.” I sighed as I shuffled in the direction of the stairs. In my room, I saw that Peter had called and left a message.