Josh and DeMar fell in love while working together on the set of Gimme Moor, a stage production with which they toured for six long months. But something happened between them during the tour, turning their idyllic romance into a strained relationship until Josh could no longer take it and he left.

Weeks after the show has closed, DeMar calls Josh from the airport to pick him up -- he's in town and wants to visit, despite the arguments that tore them apart. He wants a second chance, but Josh isn't so sure DeMar's the one to blame for their break-up.

Can they somehow find what it was they had together in the beginning before they lose it all? 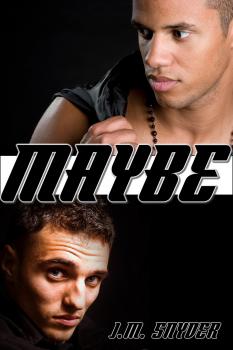 Rainbow Reviews: 4.5 out of 5.
"This quick read will make your heart ache and will also make you smile. The characters are colorfully draw and the backstory is inserted in quick flashbacks that stitch the piece together. It takes an accomplished author to write a short story that makes you feel like the protagonists are old friends. That's what happens here."

Josh stops in front of the phone table and stares at the answering machine, watching the tape roll beneath DeMar's words. He needs to trade that in for voicemail. Then he won't get surprising phone calls like this. "I'm not here," he mutters.

As if he hears Josh, DeMar warns, "Josh."

Is he calling from a pay phone? Josh thinks so -- he hears the sounds of traffic in the background, rushing cars and a horn or two, people talking and shouting and someone over a loudspeaker, announcing an incoming flight ...

He's at an airport.

Josh groans. God, what are you trying to do to me here, DeMar? Twist the knife in my heart while you're waiting for your flight?

"Pick up the phone," DeMar intones, lowering his voice until it's that same deep pitch which had landed him the role of Caiaphas in JCS last year. "Pick up, pick up, pick up --"

Josh snatches the receiver, cutting off the words and stopping the tape. "What?"

"There you are, sunshine." DeMar's smile is evident in his voice. "What are you doing?"

Josh sighs. "Listening to you sing into my answering machine. What do you want, Mari? I'm trying ..."

He sighs again. I'm trying to learn how to live without you, he wants to say. I'm trying to get over you because you're so obviously over me already.

He can't say that. He can barely think it, the words hurt so bad. Instead he just says, "It's early," which sounds like a feeble excuse and it is, he knows it is, but he isn't going to dump his problems onto DeMar, not when DeMar's obviously handling their breakup so well.

And did he just call DeMar Mari? It'd been a pet name for his lover back when they were lovers, which they aren't any longer, so Josh has no right using it. Damn.

If DeMar heard the slip, he doesn't mention it. "I know it's early," he says. "I'm here at the airport, waiting for you to pick me up."

DeMar sings into the phone, "I've been waiting for a guy like you."

The song dissolves into a giddy laugh. Is he drunk? Despite the hour and the fact DeMar only drinks socially, Josh can think of no other reason for the call -- it seems so surreal.

When he doesn't answer, DeMar whines like a needy little boy. Ever the actor, always playing a part. "Come on, Josh-u-ah. I was bored at my sister's so I came home. And since you weren't answering the phone in the city, I thought maybe you'd moved back to Jersey and I'd visit you here. What the hell, right?"

The phone in the city belonged to a studio apartment the two of them had shared before the show went on tour. Josh hasn't been back since he packed up his shit and moved out. After the way they left things between them, DeMar must realize this. He's just testing me. What the hell does he want? "I don't think ..." 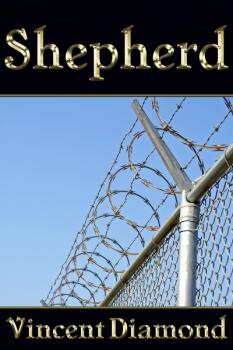