Possessing the ability to memory walk used to freak out seventeen-year-old Thea Scott. Until she fell in love with out-of-this-world gorgeous Cole Conway. He uncovered clues to the intergalactic childhood she’s forgotten, where smiles calm, touches kill, and they were soulmates. Now, Cole’s power-hungry father has erased her from his mind as punishment, and her past holds the key to restore his memories. But revealing the truth will change her into someone she fears.

Without Cole’s knowledge of their history, Thea has a chance for him to love her as the girl she is now. Omission, however, can tear them apart and destroy the human race.

Thea’s fear morphs to terror when they encounter his father, and she must choose between Cole’s past and her future. In her heart, she knows the answer. Even if her decision may cost her true love, her life, or the world’s fate. 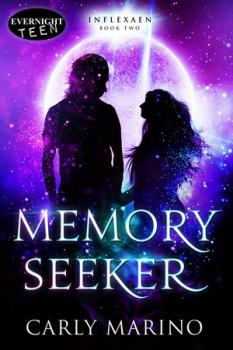 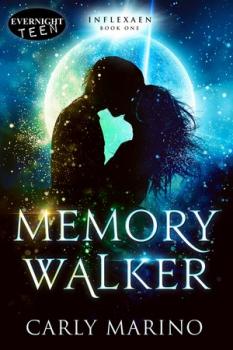 The bar had people jammed in every nook. Cologne, perfume, hairspray and smoke scents invaded my nostrils. Music blared from the stage, playing a fast-paced country-rock song, and the crowd bounced to the music. Everyone smelled of alcohol, which meant disturbing memory walks. I didn’t want to enter someone’s mind and experience their darkest secrets. I had enough of my own.

“Like I said, dull. I don’t need your ability to underage drink, anyway.” Nora pushed through the crowd without giving me a second glance. “Come along, Ethan.”

He lifted a shoulder and followed her. Odd she asked him to tail her, but I said nothing. From the conversation I’d had with Ethan outside, I took the hint he didn’t want to hang with me.

Nora would protect him. Right?

I worried about him in a bar full of Inflexaens. If a Mem got a hold of him, they’d realize someone had wiped the last three years of his memories, which might spark suspicions.

I jumped, hand to heart. I appreciated Logan’s energy but not when my nerves were at their peak.

He slanted his head at every hot girl in a short dress and cowgirl boots. I held back my annoyance. Logan’s love for Nora might’ve fizzled, but he needed to respect her emotions. She thought they were Yuenfan—Inflexaen soulmates. He definitely cared about her, wanted to protect her, just not to the extent of a Yuenfan.

I scanned the room and found Ethan leaning against the bar with Nora beside him, flirting heavily with the bartender. Maybe I shouldn’t care about Nora’s feelings too much.

A loud tap on the microphone jolted my shoulders. I needed to settle. Nora and Logan wouldn’t let anything happen to us. She said Inflexaens filled this bar, celebrating. Not that I could sense them. But they’d help us if Resparés attacked.

Although, I’d have to expose myself. A human who sparked their hands with a light charge, not to mention a zaffre-blue versus their usual yellow, would definitely call attention. One Resparé crasher would ruin everything, and we’d have to flee, again.

Droplets tickled my temples. I shouldn’t have let Logan and Nora talk me into going out in a busy city. As Cole called it—a Resparé’s feeding ground. I was basically dangling myself like a steak before a lion.

“Hey, ya’ll. A buddy of mine is in town for this special occasion, and I’d like to invite him to sing.” The lead singer motioned to the side of the stage. His blond faux-hawk gleamed in the spotlight, and his broad shoulders stretched his gray t-shirt.

I knew this was a bad idea. Muscles tensed, I prepared my hands to spark zaffre-blue. “A Resparé?”

Logan’s gaze grabbed mine. “Sure as hell hope not.”

“What’s that supposed to mean?” I snapped. “Is there a light trace or not?”

“No. But I know the lead singer. He went to school with—”

“Conway.” The blond singer looked to the side. “Get your ass up here.”

I froze, dizzy and confused. Logan had been right. Cole had come to Nashville. Why hadn’t he called to tell us he was coming here? My heart caved to my spine. Didn’t he want us to find him?

Logan fidgeted beside me. “Sorry, Thea. I’d hoped I would run into him first.”

I shook my head, unsure what to think or feel. “Did—did you know he’d be in this bar?”

“Why the hell didn’t you say anything?” I hissed.

Logan answered, but my ears blocked all sound the moment a tall, muscular guy climbed the stairs on the right side of the stage. Wavy chestnut-brown hair cascaded a few inches below his angular jawline, the intentional five-o’clock shadow still present.

Tremors swept through me, knocking my knees, shaking my limbs. This couldn’t be happening. Not now. I wasn’t ready to face the truth.

Cole curled his fingers around the microphone, raised his gaze to the crowd, and I drowned in the Caribbean Sea-colored eyes I fell in love with.