When Sandy Jackson, made a mommy three months ago, is summoned into her boss's office, she checks her blouse and finds two tiny little spots of milk. She throws on her jacket and rushes off to see what Mr. Madisen needs.

Does he want a coffee? Or does he want something much more? Join Sandy as she learns about Mr. Madisen's naughty, wonderful thirst - that only she can quench! (6200+ words)

Sandy finished unzipping and let the skirt slip halfway down her hips, keeping one hand on the waist in the front to tease Mr. Madisen. She turned, still having trouble believing that all of this was actually happening, and gave let the back of her skirt droop low to give Mr. Madisen an eye full of her. I haven’t done anything like this in a long, long time, Sandy thought as she turned to give him a profile view and let the skirt fall to the floor. One hand covered her sex and the other arm covering those leaking, aching nipples that Mr. Madisen could not ignore.

When she saw the way he was leaned against the desk in the center of his office, with his gaze locked on her moving body, moving up and down as he took in the spectacle. He had a subtle grin across his lips and his eyes were half open, relaxed, and content. He watched her hips, watched her face and her breasts, hoping for her to take away that arm that blocked his view.

Sandy slipped a finger between her pussy lips and felt the tiny, but growing, wet spot between her legs, which made her blush. Blushing, she thought, me stripping, my massively rich boss hungrily staring at my tits, and I blush because I’m a little wet. She had to crack a grin and let a little giggle escape, but as soon as she pushed that finger harder on her sex, and her nipples stiffened against the restraining, almost painful fabric around them, she involuntarily pulled her bottom lip between her teeth, a look that caused Mr. Madisen to start unbuttoning his shirt.

“I just can’t take anymore,” he said, breathing harder, “come here. Undress me. I need those tits; I need to taste, to suck. Get over here.” 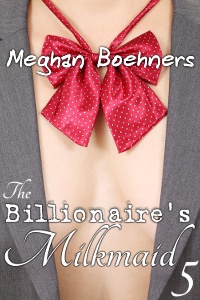 Safe and Coasting with Ecstasy (MFM)
Tonya Ramagos
In Shelf
$3.99
Tweets by
sirenbookstrand