Faith Henderson is a single mom to a month old baby girl and is facing a huge problem - she's broke and the bills keep rolling in with no relief in sight. With the baby's daddy out of the picture and no family to turn to Faith's situation is dire.

Eric has a need and Faith is his answer...

Nothing turns Eric on more than a woman who's lactating - but unattached lactating women who would be willing to indulge his fantasies are few and far between. During a chance meeting with Faith, Eric comes up with a solution that can solve both of their problems.

Faith gave the teenaged counter attendant a tight smile as she passed over her debit card for payment while doing the quick calculations in her head. She was sure she still had ten bucks in her bank account, so she should be okay - should.

The attendant passed her the keypad to the Interac machine and she quickly punched in her information. Faith's month old baby, Bella, gurgled next to her in her carrier, as she finished with the keypad and handed it back to the young woman behind the counter.

Faith rocked Bella in her basinet as she waited for the verdict.

Ah shit! Faith could feel the heat rising to her cheeks, as she looked down at the soup and sandwich she'd ordered and was sitting prepared in front of her, and then back up at the woman across from her.

"Do you want to try another card?"

I wish I had another card with money on it, Faith groaned inwardly.

Faith searched her wallet frantically looking for some cash, hoping that perhaps she'd stashed a bill or two in one of the compartments, so she could pay for her meal.

"What are you doing honey? You know I switched the cash from that account to this one this morning. Here use this to pay for both meals."

Faith froze. Confused, she frowned, looking up to her left. A little tingle shot through her as her gaze fell in those of a tall, wickedly handsome, dark-haired man beside her. She watched with curious eyes as he gave the attendant a card he’d retrieved from his small black, leather wallet. Feeling her eyes on him, the handsome stranger glanced down at her, a heart-warming smile gracing his lips, and he gave her a wink. His green eyes had a noticeable spark in them that made her weak in the knees. Faith watched silently as he accepted the keypad and proceeded with the transaction.

"I ummm." Her eyes took a full survey of him. He was close to a foot taller than her 5'3 height and he was dressed conservatively; in a finely tailored suit, that Faith guessed must have cost him quite a hefty sum of money.

"Come on, let's have a seat." Stashing his wallet back into the inner pocket of his suit jacket, the stranger grabbed both trays and nodded towards a vacant table towards the back end of the quaint little, sandwich shop.

Still flabbergasted, Faith nodded and allowed him to usher her and Bella to the free table. Setting the food on the table, he pulled a seat out for her and motioned for her to sit. Once she was comfortably seated, with Bella's carrier sitting on the table next to them, the stranger seated himself across from her.

"I'm Eric Stinger." He reached across the table extending his hand to her.

She hesitated a moment before accepting his hand, in a firm handshake. She looked down at her soup and sandwich and her cheeks burned a second time. "Faith Henderson. Thank you for..."

"Don't mention it. So how old might the little one be?" he asked as he picked up and took a bite from his roast beef sandwich.

Her embarrassment faded quickly at the mention of her beloved daughter. "This is Isabella, but I call her Bella." Faith touched the baby's plump cheek and Bella gurgled.

"She's beautiful. Her father must be proud."

"Nah. Her father's not in the picture."

Faith turned her attention back to Eric. "We met at NYU. I was a freshman, he was a senior. I got pregnant. He didn't want to be a father. End of story."

Faith shook her head and directed her attention to her chicken noodle soup. Scooping up a spoonful she brought it to her mouth taking a sip.

"Why don't you sue for child support? You have rights and he has a responsibility..."

"You sound like a lawyer," Faith teased, taking another sip.

"Guilty as charged." A wide grin spread across his lips, making him even more handsome than he already was. She eyed him a moment. His short dark hair was perfectly styled, just unruly enough to give him a little bit of a bad boy edge. His square jaw showed a touch of a shadow - giving him a dangerously sexy look without taking away from his refined style.

"Well, thank you for the free legal council, but we don't need anyone giving us anything." She reached over and took Bella's little hand in her own. "We're doing just fine, aren't we baby girl." She wondered briefly if he could hear the falseness in her claim - she hoped not.

Turning her attention back to Eric, she smiled and shook her head. "It's okay. The least I can do is answer a few questions, considering you were kind enough to buy me lunch."

Picking up her bacon and turkey sandwich, she took a bite and nodded, watching him intently.

"How do you support the two of you? Live with your parents?"

Faith paused her chewing to eye him cautiously. In normal situations, she'd be beginning to feel uneasy with these personal questions, but considering his occupation she supposed asking questions was second nature for him. Besides that she could see friendliness and compassion in his gaze, making her feel more at ease than she normally would be.

She shook her head, her long dark hair, tied tightly in a ponytail at the back of her head swinging back and forth with the movement. "No, I ummmm. I'm living off my student loan money, I have to go into the bank and transfer more funds into my personal account. I thought I had enough for the food. I dropped out of school during the first semester when Bella was born and now we live off the money that was originally set to cover my tuition fees... When Bella gets old enough I'll get a job and then figure out what to do from there."

Faith took another bite from her sandwich and watched his expression, but any thoughts he may have about her way of going about supporting her and Bella was effectively veiled.

"What happens when that money runs out?" 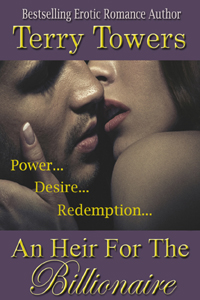