As a druid sacrifice to a vampiric assassin, Mira is sworn to remain companion to the monster until her death. She never dreamed that she would find anything short of blood and tortured death when she walked blindly into the darkness that he existed in. Finally meeting Rillan, Mira is forced to battle herself and her fears as she attempts to fulfill her vows.

Rillan came to accept his existence as a necessary evil. In a vindictive quest for revenge he committed himself to tormented darkness. He never dared to hope for someone like Mira. Now that the monster has her, the man left in him can't bear to keep her. 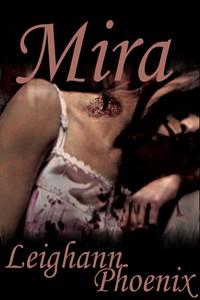 "One of the Best Vampire Stories By Far!" Mira by Leighann Phoenix is one of the best books I have read dealing with vampires, her story is amazing. And I have to say at first I didn't know if I would like it, but after reading the first few pages I fell in love. You can guarantee I will be looking for more of her books!!!!

Mira stood staring into the darkness of the cave, her white shift blowing slightly in the breeze. Average in all ways, Mira had average brown hair, average brown eyes, average weight, average height, average intelligence, and average bravery. She was just average. She had been dreading this moment since watching the first of her sisters commit to the path. She was the last of this generation. Mira wasn't sure if it was better to have lived a longer life dreading what would come or if it would have been better to have died first and lose what little time she had been given.

The ceremony was almost over. He was inside the cave waiting for her.

She had him pictured as some kind of vicious, desperate creature. The druids had kept him around for centuries and she could hear the lessons that she had been taught since she had joined the order running through her head. Mira had even helped to teach the new generation of girls about him. Now all that was left was for the high priestess to be done with her speech.

Rillan Tiernay was created to protect and serve the circle. He was a guardian, an assassin, and a vampire. Each generation a group of girls was picked to be sacrificed to his thirst. This was his condition for his loyalty. He had come to despise what he was, but his self preservation instinct was too strong for him to kill himself. Each girl given to him was there to feed him until she died or asked him to kill her. Then she was replaced by another. Once she was sent into the caves she could not leave and only came to the gateway to collect the supplies that the druids left nightly. Rillan left only when there was an assignment from the druids. Every girl who entered the cave believes that maybe she will be different. Perhaps she won't want to die. Most last several months. The longest was ten years. The girl who had gone before Mira had lasted three weeks.

When Mira had collected the girl's body from the stone altar just outside the cave entrance it had been a sobering experience. The other times that Mira had performed the duty there had been a feeling of detachment. She rarely even looked at the girls' faces, let alone the rest of their bodies'. But she had never been next in line before. When Mira had collected the last body she had stared at the pasty white skin pulled tight over skeletal features for a long time. She had examined the numerous vicious bite marks that riddled the shoulders and neck of the dead girl. Mira had bathed the body for her burial and had found the bruises on the girl's arms that told how she had been held down. She found the blood along the inside of her thighs. Her body itself had shriveled, drained of blood and starved of food, from the looks of her. Mira had no idea what exactly the girl had suffered over the three weeks that she was inside the cave. She tried to tell herself that anything she could imagine had to be worse than what actually had happened, but was having little success in reassuring herself. He is a good man. Our guardian. The other girls simply weren't strong enough, she told herself. 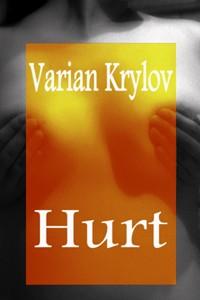 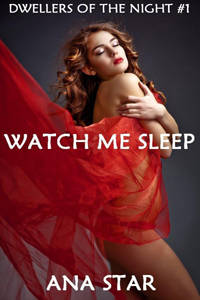