During the Kosovan war, Mikail fights in the depleted underground resistance, smuggling intelligence and precious cargo out of war-torn Pristina. Isa, an enigmatic CIA operative, becomes an unlikely ally, and when a secret mission brings them together, heat, passion and a love they've never known consume them. They forge a deep bond, but the war around them continues to rage, and as Serbian forces close in on Pristina, Isa makes the ultimate sacrifice to save his young lover.

Four years later, Mik lives in the shadow of the Albanian mountains, trying to rebuild his life with what remains of his family. His grief for Isa weighs heavily on his young shoulders and their time together feels like nothing more than a stolen dream. 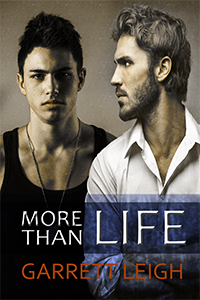 Cheap tobacco smoke gathered like an ominous cloud in the dingy Serbian bar. Mikail sat in a secluded corner at the very back. He twirled the half empty glass in front of him and shifted in his seat, impatient. A grainy, torn photograph burned a hole in his pocket, his only clue to the mysterious man he was waiting to meet, a man who claimed to be his family’s newest ally in their secret war to survive.

Mik couldn’t be sure, but over the past few days, he’d memorized the man’s blurred features, and with a subtle, practiced motion, he studied each face in the hazy bar and took careful, mental notes, listing his fellow patrons—the couple enthralled in each other by the front window, and the boisterous group of men at the table opposite. In the far corner, an affluent man sat alone, drinking vodka and reading a newspaper. Mik watched him for a while…wondering, but the man was too fat to be his intended companion.

Mik looked away and forced himself to relax, outwardly, at least. He’d learned long ago to hide his careful scrutiny, and of late, his life had come to depend on it. Now, with his attention split between the bar’s entrance and its shabby interior, he saw everything.

The shadow of a man darkened the doorway. Mik tensed, and the hairs on the back of his neck prickled. Mik saw he was tall—well over six feet—with hard eyes and dark hair, half hidden by a grubby baseball cap. He moved to the bar and ordered his drink, then he turned and scanned the bar. Mik watched his cool gaze sweep the smoky room and he took advantage of the brief window to analyze him. Years ago, the man wouldn’t have caught his attention, at least not for the reasons he noticed him now. To the untrained eye, the guy was everything he appeared to be—respectable and Russian. But Mik knew better. The man was American, and while that meant without a doubt that he was the contact Mik had been waiting for, it also made him a symbol of everything he had ever wanted. Peace, freedom… a future.