Two boys, Aaron, who is white and Skillet, who is black, are bonded in a friendship forged in secret in the Deep South. Yet it is the white boy who must adjust and readjust as his family splinters in the changing climate of integration.

Aaron is hard on himself. With Skillet's vision, he finds a place to rest his weary cautions as he struggles through 30 years of self-doubt and restarts to find his career with the love of his life.

Beth, makes the life she wants, one goal at a time. Her love, Aaron must resolve his life before she can add him to her future. 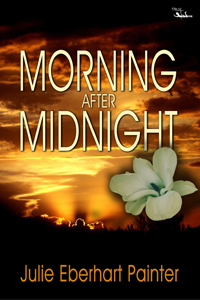 Aaron headed down to the banquet room only a few minutes past six. The crowd had already gathered. Seating was prearranged, but the open bar gave the former classmates a chance to mingle and visit. He saw a few familiar faces. He had just taken the first sip of his bourbon and branch when he heard a familiar laugh, like that of tinkling crystals. He turned toward the sound.

A tall, slender woman in a black and white print caftan stood against the opposite end of the bar. Hands gesturing, she was animatedly engaged in conversation with one of his former professors. He watched, his heart thrumming in his throat. Her curly hair had grown long and she’d twined it into a French braid that dropped between her shoulder blades. It was thick and shiny with no signs of the gray that had begun to assault his temples. She was still the elegant girl he’d loved years ago—tall, slender, and beautiful. She set off a spark each time she moved. He observed her covertly as she chatted up the old gentleman, holding him enthralled with what she was telling him. The natty old fellow would add something, sending her into gales of laughter.