Jeff Castle has changed lanes from the high-tech world to that of the classic muscle cars and their fans when he inherits his uncle's glorified junkyard. His new life is complicated when help is hard to find. An impulse leads him to pick up a hiker on a remote road, and the man turns out to be just the kind of muscle Jeff needs in every way.

Released from prison after three hellish years, Mike needs help. All he can offer is his willingness to work and his background in repairing and racing stock cars. He gives this freely to Jeff and soon finds he wants to give more. Will his benefactor be willing to accept the love of an ex-con who still has a blot on his name? Mike is scared to ask, but nature takes matters out of his hands.

Together, Jeff and Mike begin racing toward an amazing future. 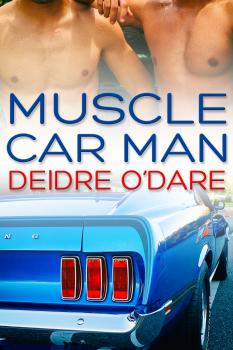 Without giving it much thought, Jeff dragged his sodden t-shirt over his head. He could almost wring it out, and water dripped from his jeans to the floor. Mike was equally wet. He too shed his shirt, a faded chambray work shirt with the sleeves cut out. His darkly tanned arms gleamed like burnished mahogany with a mixture of sweat and rain. His near-black hair was plastered to his skull, and strands separated to reveal the jagged scar above his right ear, normally well hidden.

Jeff sucked in a sharp breath. Man, the guy is beautiful in a harsh warrior’s way. Bet there’s a story behind such a scar ... He found himself wanting to reach out and trace a fingertip along the line and then to ask, “What happened? How did you get this?” Before he had time to censor his actions he did just that.

Mike froze his breath hitching as he went dead still. He shut his eyes for a moment as both hands clenched into fists and then relaxed, going suddenly limp.

“Broken bottle used as a knife. It was aimed at my throat but I ducked, twisted.”

“Is it sensitive? I didn’t mean to startle you. I guess I didn’t think.”

Taking a step back, Mike shook his head. “No, it’s almost dead, no feeling in it at all. I was just surprised. Forgot it would show with my hair all plastered down.” He tossed his shirt over the edge of the sink. “Want to put your shirt over here to drip?”

Jeff handed it over, suddenly very conscious of his half-nude state, of both of them being bare to the waist. How would it feel to have Mike’s body pressed to his? Mike’s chest was less tanned than his arms but still far darker than Jeff’s.

For a dozen breaths they simply stood and looked at each other. Jeff took the first step and then Mike responded in kind. A moment later they were face to face, chest to chest, and wrapping arms around one another’s wet bodies. Blistering heat sizzled through Jeff at the contact. He expected to see steam rise. It felt that hot. He was a little bit huskier but they were of a height which put their faces level so neither had to reach or tilt his head to bring their mouths together.

The kiss was urgent, desperate, as if they were both starved for it. Lips twisted and clung as tongues danced in a furious duel. Finally they both pulled back to catch their breath.

“I didn’t figure a guy like you would be interested in a guy like me, thought you must have a lady at home for a while.”

Their gasped-out words revealed how parallel their thoughts had been running, how they’d both been afraid to make the first move. Now it had been made, completely unplanned. A dizzy relief swept over Jeff as he realized he didn’t have to wonder any longer. 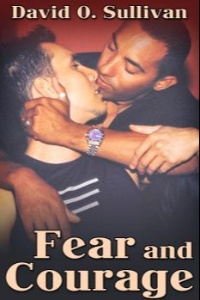 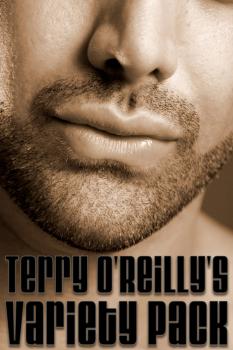 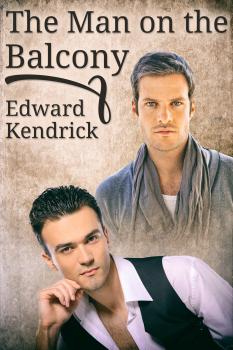 The Man on the Balcony (MM)
Edward Kendrick
In Shelf
$3.99