While bored in his Computers class one day, junior Mike Halston stumbles upon another student's anonymous blog and is surprised to find himself listed as the sexiest guy in their class. So what, someone has a crush on him? Who could it be?

Enlisting the help of his best friend Talley and his best girl friend Marie, Mike tries to figure out the identity of the mysterious blogger. Unfortunately he suspects it may be a female student, since only his friends know he's gay.

Then a second blog entry makes him realize the blogger is someone close to him. Could it really be Marie? Or does Talley know more than he's letting on? 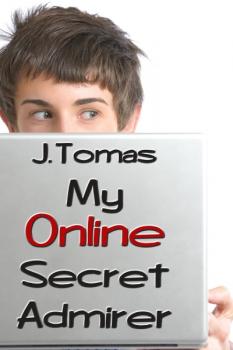 I finally admitted to Marie that her name was on the blog, too, but only because I wanted her help. “Prettiest, really?” she cooed, as if there were any doubt. She knows she’s pretty; she just wants to hear someone else say it. Crunching on her salad, she mused, “You and I should run for homecoming court. King and queen, right here! I know one person who’d vote for us.”

“You don’t know who’s blog it is,” Talley pointed out.

Right. That cooled her a little. “We should find out,” she said. “It can’t be too hard -- just ask everyone in class who’s already started their blog. I mean, really. It isn’t due for months so I’m sure only one or two people have bothered ...”

She trailed off and looked at me, a blank expression on her face. I’d seen it often enough to know that meant she was getting an idea. “Wait. Who do you think’s already started their blog?” she asked, looking at me.

I shrugged. “I don’t know. Someone super smart, or a brown-noser, someone who always gets good grades ...”

My gaze trailed around the cafeteria and settled on the hunched-over back of Jaime Tuttle. She sat at the end of the last table in the room, closest to the door, as if she planned to snarf down her lunch and make a mad dash for the library or something. God, no, I prayed. It couldn’t be ...

But Marie had followed my gaze, and a sly smirk spread across her face. Lowering her voice to a scandalous level, she whispered, “You don’t think her, do you?”

As usual, Talley seemed out of the loop. I could never tell if he was really as dumb as he looked, or if it was just easier for him to play that role. “Who?”

I kicked her under the table. “Shut up, will you? Someone’ll hear you and then it’ll be all over school.”

Her nails scratched his thick arm like a cat’s claws. “I can keep a secret, Talley,” she snapped. “You of all people should know that.”

I didn’t get a chance to ask what she meant by that -- hell, I’m his best friend, I know all there is to know about him, don’t I? But before I could find out, from the corner of my eye I saw Jaime stand and, for the briefest second, I could’ve sworn she looked my way.

Me. Great. Why does she have to like me?

Marie watched Jaime leave the cafeteria, then leaned over the table again, all business. “I’ve got a plan. She’s in my next class. I’ll just be all like hey girl, I hear you got the hots for my GBF --”

Marie rolled her eyes. “My gay best friend, duh. Of course I won’t say that to her face. I don’t want her freaking out because the first guy she goes for likes dick.”

“Puh-leaze,” Marie cried, raising her voice to talk over me. “I’ll just say yo, I found your blog, and I saw you think Mike’s bringing sexy back, and I’ll see what she says. Simple as that.”

Talley grunted into his last slice of pizza. “Yeah, like she’s going to tell you.”

Over her shoulder, Marie told him, “You’d be surprised what some people tell me.”

The way she said it made me think she meant him. What could she know about Talley that I didn’t? But the bell rang before I could ask, sweeping us up with the crowd and ruining my chance to find out. 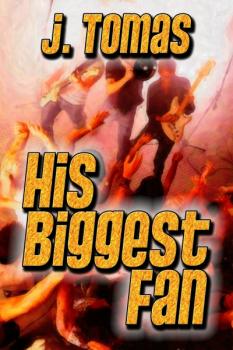