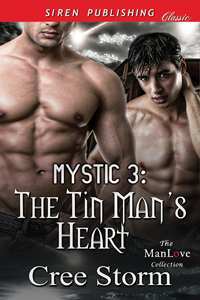 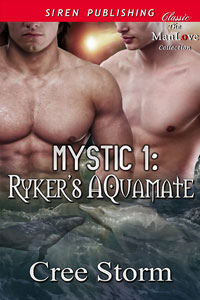 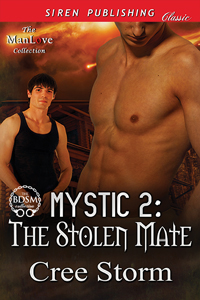 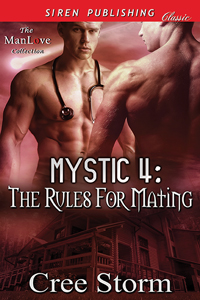 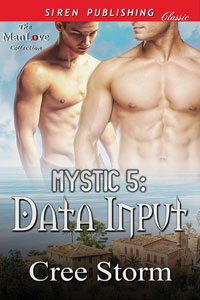 Maxim drove to the last murder location with Quade next to him. Neither had said a word since Bram ordered them to go check things out and see if Quade could pick up on anything there.

Maxim still couldn't believe that Quade had switched rooms. Not just changing from their connecting rooms, but going all the way to another wing.

“I don't want to talk about it now, Maxim,” Quade said sadly.

Maxim growled a little to himself and then said, “Quade, I know we're mates—”

Quade interrupted him yet again. “I said I don't want to talk about it right now.”

Quade turned in his seat to face Maxim and his voice turned stern. “Maxim, you have every right to determine who is going to share in your life. Just because fate said we are mates doesn't mean you just have to accept it.”

Quade continued as if Maxim hadn't interrupted. “I know that it would be hard to be mated to a man that can read people's minds, see what they are going to do, and see what they already did. I accept that I'm meant to be alone and I will learn to deal with it.”

Maxim reached their location and stopped as Quade opened his door right away. “We are going to end up teamed up when we have to check out a scene because, mate or not, you are still the only one that can mute things for me so it isn't so bad.”

Quade got out and slammed the door. He walked to the tape and went under it. Maxim followed quickly but wasn't fast enough to stop Quade from picking up a button.

Quade's teeth clenched and he dropped to the ground. Maxim grabbed him before Quade hit his head and listened as Quade spoke in a monotone voice. “He's in his room...writing...he is writing fast.”

“Who's writing?” Maxim asked as he held Quade close to his chest.

“Misty...Misty is writing...He's so fast,” Quade said in the same monotone voice.

Quade jerked as he said, “There's a knock...Misty is afraid...he's walking towards the door.”

“Who is it?” Misty asked nervously.

“It's Gram,” came a voice from the other side.

Misty ran to his table and took his notebook as he yelled, “Just a minute.”

Misty took the book and went to his mattress and unzipped it. Shoving the book inside, he started to refasten it when there was a banging at the door. “Misty, open the door!” Gram bellowed.

Misty straightened the bed as best he could as he stuttered, “I–I'm c–coming.”

Going to the door, Misty released the locks and started opening the door when it was shoved open.

Gram stormed in, dragging his right leg, growling. “I need you now!”

Gram grabbed Misty by the arm as he snarled, “I have to have you now!”

Misty was turned and thrown onto the bed as Gram limped toward him. There was a large hole in the back of Gram's head and blood was flowing out. His ankle was twisted far to the right and clearly broken. However, with a strength no natural human could have, Gram ripped Misty's pants to shreds and jerked down his fly.

“Gram please, I can't do this! Gram...” Misty begged as he was shoved forward and Gram aligned his hard cock to Misty's hole, grabbing Misty's hips. “Gram...”

“Damn it Quade snap the fuck out of it!” Maxim screamed as he shook Quade hard.

Maxim was furious as he said, “You fucking picked up a button before I could get here! You went into a trance and I damn near couldn't pull you the fuck out!”

Quade took his hand and cupped the side of Maxim's face, saying softly, “I'm sorry. I wasn't thinking.”

Maxim dropped his head onto the top of Quade's and squeezed him close. “I hate when this happens to you. You become the victim and you go through what they did and...”

“I can't stand it when you suffer,” Maxim whispered.

Sitting up slowly, Quade said, “But I have something.”

Maxim stood up and wiped himself down as he said, “What?”

Making his way to the car, Quade said, “Remember when Patch said that Misty was an automatic writing Animator?”

Maxim got in and buckled up as he said, “Yeah, so?”

Turning to look at Maxim, Quade said, “Well he was more than that.”

Growling, Maxim snapped, “Would you just spit it out!”

Quade gave Maxim an impatient look. “Misty was an automatic writer, but it wasn't just gibberish he wrote. He was psychic. We need to go to his house.”

Maxim started the car and put it in gear. “His house? The cops already combed that place.”

“Yeah well, they missed something,” Quade said as he sat forward.

Maxim started driving as he asked, “So if he was psychic, why wasn't he registered as such?”

Shrugging his shoulders, Quade answered, “Maybe he didn't know. Maybe he didn't want others to know. I really can't tell you that. What I can tell you is that Misty was psychic.”

Quade gave a half nod as he said, “Kind of, yeah. However, he couldn't touch things and see them or read minds. It's like a compulsion to write. The thing is that what he wrote was what was to come or what had been in the past.”

Maxim smiled at Quade as he realized his mate was right. He was overthinking this altogether and they needed to just feel the connection and go from there.

Maxim removed his hand as he continued to look into Quade's eyes, and removed his own shirt and unsnapped his pants as he whispered, “I want to kiss, touch, and taste every part of your body.”

Taking Quade's shirt, he slowly pulled it over his head as Max knelt down on the floor and kissed each exposed piece of flesh, smiling as he saw the goose bumps forming on his mate’s skin.

Maxim felt Quade place his hands on his shoulders and couldn't help his own shiver that coursed through his body as he then took Quade's right nipple into his mouth, suckling and gently nibbling at the tender, beaded bud.

Quade gasped and moved his hands to Maxim's hair, pulling max tighter to his nipple as he whimpered in pleasure.

Humming his own pleasure as his mate’s taste covered his tongue, Maxim took his tongue and trailed it to the other side and gave the left nipple the attention it so deserved as he unsnapped and unzipped Quade's pants.

Pulling back slightly, Maxim began to take Quade's pants and boxer-briefs off in one motion. A growl escaped Max's throat as Quade's beautiful, smooth, hard cock flapped out and back to Quade's abdomen.

Max looked up at Quade's face for a moment and saw the reddened cheeks making him say in a gravelly voice, “You are so beautiful. I never want you to be embarrassed in my presence. Especially when it comes to you showing me your delectable body.”

Taking his hands, Max slowly and sensually rubbed them up and down Quade's hairless chest, and not being able to stand it another minute, Max took his tongue and ran it over the tip of Quade's hard, leaking cock.

The flavors of his mate burst on Maxim's tongue, making him moan and wrap his lips around the purple head of that tasty treat and suck his mate down until Quade's hard shaft was touching the back of his throat.

Maxim grabbed Quade by his sides and lifted him up and onto the bed, never taking his mouth off of his mate’s cock. He draped Quade's legs over his shoulder as Quade continued to pull on Max's hair, causing fluids to leak out of his own hard shaft.

Rising and falling on Quade's shaft, Maxim sucked and gently ran his teeth along the sides, making Quade wiggle and moan nonsense.

Maxim took his own shaft in hand and began to stroke himself to the same rhythm as he sucked on Quade and then with the other hand he clasped Quade's orbs in his hands and rolled them in his palms.

Smiling with Quade's hard shaft still in his mouth, Maxim sucked harder as he squeezed just a little bit more on the balls in his hand. Suddenly Quade's delicious essence shot down his throat, making Max seal his mouth harder so he didn't miss a drop as he heard Quade screaming his name.

As Quade panted, Maxim took his own essence and began to push his finger into his mate’s tight, wrinkled hole saying, “I am going to stretch you nicely and then I am going to replace my fingers with my shaft.”

Quade's head was going from side to side as he panted, “Yes...Yes I want you to make me yours.”

Maxim stood up, never taking his finger from Quade as he leaned to the side drawer and opened it. Finding a bottle of lube he hoped would be there, Maxim smiled down at Quade and said, “Baby, you have been mine since the day I first saw you in the meeting room.”

Maxim laughed as he added a bit of lube to his other finger and pushed it in alongside the other. “Yes, Quade. Let's make this official.”

Maxim scissored his finger as he leaned down and kissed Quade's lips.

When Maxim felt Quade lifting and pushing to meet his thrusts, he took that opportunity to add a third finger. When Quade tensed a bit, Maxim stopped his movements for a moment until Quade began to push against him once more.

Maxim placed his face in the crook of Quade's neck as he panted, “I don't want to hurt you.”

Quade pulled his neck back a little and clasped Max's face in his hands. Once Maxim was looking at him, Quade said, “I want you, Maxim. It is going to hurt a little my first time and I am prepared for that. The thing is, when all is said and done, this will be the best experience in my life because it's with you and we will finally be mated.”

Maxim looked into Quade's eyes for a few more moments and then nodded as he stood and removed the rest of his clothing and then returned to his mate. 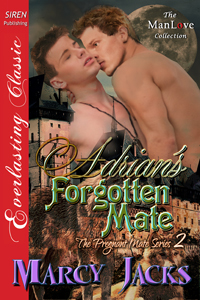 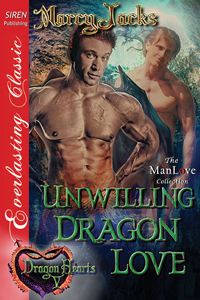 The Protector Heals His Cowboy (MM)
Bellann Summer
In Shelf
$4.99
Tweets by
sirenbookstrand