Paired as teammates on an extreme survival reality show, two survivalists, Cadence and Jackson, meet as naked strangers, totally dependent on each other for getting through the grueling four-week challenge surviving the wilds of Madagascar. Away from family, friends, lovers, their cellphones, the internet, and all modern conveniences including their clothes for nearly a month, Jackson and Cadence develop an uncommon bond that surpasses friendship. When the show ends, and Jackson and Cadence return to their normal lives without each other, the intensity of their bond proves unshakable for them both. Will their newly developed relationship remain as their shared secret, not to be explored beyond Madagascar? Or, is their chemistry strong enough to draw the two brave survivalists back together? 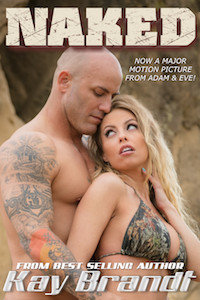 Mondays at the bank usually meant busy mornings for Cadence, supporting her staff and working as a teller. The afternoons quieted down, allowing time for catching up on paperwork and emails in the privacy of her office. Roughly twelve hours had passed since the video was submitted and Cadence was a nervous wreck, checking messages every fifteen minutes in case the show called in response to it.
Cadence's anxious mood caught the attention of her employee, Lynn, who had retreated to the break room for a cup of coffee.
“You're happy about something,” Lynn said to her boss.
“How can you tell?”
“Wild guess.”
“I suppose I am,” Cadence admitted, “and at least a dozen customers stated the same thing to me.”
“I won't pry, it's your personal business,” clarified Lynn. “But if you feel like sharing, please do.”
Impulsively, Cadence broke her normal decorum and blurted, “I did it.”
“Did what?”
“I sent in my audition,” she explained, “for the reality show.”
“You mean the survival challenge you've been raving about?”
“Yes!”
Lynn studied the excitement in Cadence's face. “Oh wow. Are you nervous?”
“No! I mean, yes, I am nervous, but more like extremely anxious,” Cadence explained. “I want to be on that show so freaking bad.”
“When did you send it?”
“I uploaded it to the producers last night.” Cadence's face went flush, and she patted away a sour feeling in her stomach. “And I've had a knot in my gut all day over it. But, I'm too excited to care!”
“Wow.” Lynn shared in her boss's happiness, and showed her support. “I'm sure they'll pick you.”
Cadence searched her phone for the confirmation email she'd received after uploading. “The email confirming receipt of the video stated it could take four to six weeks to be accepted or declined.”
Empathizing, Lynn responded, “That's a long time to wait.”
“Yes, too long.” Cadence added, “I'm not sure I can handle waiting beyond this week.”
“I think you've got an excellent chance of making it on,” Lynn stated her opinion. “Some of the people proclaiming to be survivalists on that show really don't know anything once they get out there. That's not you, is it?”
“I hope not.” Too jumpy to finish her coffee, Cadence washed out her cup and placed it on the drying rack. “When I watch the show, I see plenty of people who have more ego than skill. I'm definitely the opposite of that. I have no ego when it comes to mingling with mother nature in her territory.”
“Then you got this,” Lynn replied, checking her watch, noting the ten minutes left of her break. “And you have a ton of skill, wilderness woman, from what you've shared with me over the years.”
“I have enough, for sure,” Cadence confirmed, toweling her hands, then fixing her professional-looking ponytail. With an appreciative look in her eyes, Cadence gave a nod to her employee. “Thanks for caring and giving encouragement.”