In June 1966, ACLU attorney Eron Lassiter attends his uncle’s wedding and makes an unsettling discovery. Though Eron had bowed to family pressure and planned a potential marriage, his long-ignored attraction to other men roars to life when Garrett Emerson, the bride’s nephew, captures his attention.

After serving in the Korean War and going to college later than his peers, upwardly mobile Garrett now works as a loan officer at a local bank. For his girlfriend -- fiancée in her mind -- Garrett can’t climb fast enough. But none of that matters to Eron, and maybe that’s why Garrett’s so drawn to him.

Together, can Eron and Garrett find happiness amidst the pervasive culture of propriety, honor, and expectation of the 1960s? 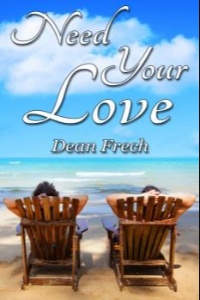 By the time they made it to the beach, the July heat and humidity had reached their peak. They grabbed some burgers and fries from a boardwalk stand and snatched a table as a family got up. “You want to stay and swim?” Eron asked as he gobbled down his burger.

“Not really, too crowded.”

“When I was a kid, we’d never let the crowd stop us from swimming,” Eron quipped.

“Yeah, guess we have some sense now.”

They finished eating. Eron nodded toward the car rather than the beach. Garrett smirked and followed. As Garrett drove back to his apartment, Eron reached out and touched his thigh.

“I’m sorry,” Eron blurted out, in line with his own thoughts, but out of nowhere in the silence.

“For what?” Garrett answered, as if he and Eron were thinking about the same thing.

“I guess the whole thing.”

Garrett looked at him and grimaced. “What do you mean?”

“I feel like I start things and then put them to rest.”

Garrett shrugged. “I suppose things can be kind of sticky between us.”

“I don’t want them to be. I haven’t regretted anything we’ve done.”

“Having sex in the bushes at the country club?”

“Dancing at the Valentine’s dance?”

“Maybe if we lived in a vacuum and didn’t have to deal with the rest of the world, this would be easier?”

They finished the drive back to the apartment in silence. Eron’s sincerity had shone through when he spoke of what they had done and his lack of regret. Eron’s words eased the tension between them. At the flea market, with other people around, they had no trouble carrying on a conversation.

Garrett pulled into his parking spot. He nodded toward his apartment as they got out of the car. Once inside, Eron lowered himself to the davenport and Garrett plopped down next to him.

“We’re both confused. Don’t be so hard on yourself.” Garrett wanted to agree with him, but when he played the scene in his head, Eron came off less a jerk than he blamed himself. “It doesn’t help that we both have girlfriends and family that only want what they think is the best for us.”

“Have sex? No. I used to tell myself it was because she was a respectable girl and we should wait.”

“Come on, you know the answer to that. What about you and Mary Ellen?”

“Eron, why did you come see me today?”

Eron had struggled with the same question. “As much as I don’t want to be gay, I want to be with you.”

“I understand that,” Garrett said after a while. “I don’t identify with the queens that live in the city.”

“What about our jobs? Our family?”

“Could we make it work?”

“I have no idea. Honestly I don’t. I’ve spent hours plotting and examining every angle and I’m more confused than I was to start. I walled up any feelings I had about other men a long time ago, but you brought them to the surface.”

Garrett fiddled with the worn seam on one of the cushions. “I guess you made it safe for me to feel the same way, to experiment.”

“You soothe me and you’re practical.”

Garrett soaked in Eron’s confession. “I do?”

Eron swallowed the last of his fear. “Yes.”

“You know, all I hear anymore is to focus more on my career at the bank and to quit dicking around at the flea market. Even Dad says I need to shit or get off the pot. But you do nothing but encourage me.”

“Isn’t that what being in love is about? Encouraging and helping?”

“Are you saying that you love me?” Garrett squinted at him, then cupped his face in his hands. “Say it again.”

“Yes, it’s true. I have no other explanation for how I feel. I love you.”

Garrett gulped. “I’ve dreamed of hearing those words since we met. I ... I love you, too.”