Haunted by her past of murder for hire and skinning people alive to gather vital intelligence, Kat Boudreaux wants nothing more than to hide away in her sprawling mansion with the love of her life--her daughter. But then Private Gump and his band of Bubbas land on her doorstep. Her brother and his unit of misfit Marines insert themselves with the misguided need to protect her from someone hell-bent on vengeance. For Shooter, it's love at first sight, though he wouldn't be caught dead admitting it. When Kat is nearly fatally injured while saving his life, he knows he's found the woman for him. Together, they fight side by side to get to the bottom of the threats. Kat's daughter is kidnapped and this ex-assassin mom reverts back to old habits to save her. Saving Kat and her daughter is easy, taming the shrew that is Hell Kat Boudreaux might mean losing his favorite appendage. 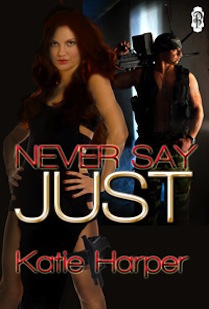 Shooter leaned over and whispered in my ear, “Bar?” Oh God yes. Yeah, this evening will be brought to you by Jack Daniels and Jim Beam. I ordered a shot of whatever was closest and downed it. Shooter handed me a mint julep while he sipped his scotch. Bless that man. I scanned the room for the enemy. I had honed this skill over several missions for GSA. It’s amazing how quickly things come back to you when you were threatened.

My gaze fell on the first threat, Louise LaLourie. Why her parents had named her Louise with a last name like LaLourie was completely beyond me. Of course she had sported several other last names over the years but she always returned to LaLourie. At one time she desperately wanted to be known as Louise Boudreaux. But, I was married to my husband at the time and he had shown her the no trespassing sign right away. Louise held a flute of champagne in her hand, her cunning eyes searched for the next Mr. LaLourie. Her sights fell on me and she stalked forward. I’m not kidding, she stalked, like a lioness, toward me. I looked over at Shooter. I needed to warn him that the most bedded woman in New Orleans was on the prowl. He was busy at the bar fighting for his constitutional right to get good and shit faced completely missing my look of caution. Since I knew Louise watched me I smiled and prayed the words “die, bitch, die” were not tattooed on my forehead.

“Oh my gawd. Are you finally out of mourning?” Her accent was so thick you could cut it with a K-Bar. “I understand grieving, but honey you can’t put yourself in cold storage for the rest of your life. But you are looking great. Look at you. I was afraid you’d locked yourself up in that big ole house and either ate or drank yourself to death. I am so relieved to see you looking as good as ever. Who are you wearing, darlin’? You look positively wonderful.”

Of course her compliments were about as real as her boobs, but I smiled back and said, “Versace.”

“Donatella?” Louise asked with pity in her voice.

“No, Gianni. It went up for auction at Sotheby’s a few years ago and I just had to have it. Though this is the first time I’ve worn it.”

Edna could look forward to a big, fat Christmas bonus this year. The envy on Louise’s face was priceless. It was worth coming to this damn ho down, and I mean ho down, just to see her face turn a lovely shade of green. She would have given a lot to own an original Gianni but she didn’t and I did. Take that you nasty bitch.

Shooter took that moment to turn around and hand me another cocktail. His eyes went big and he tried to take a step back but the bar was in the way. I hadn’t taken in what Louise wore until that moment. She wore a black, too tight to breathe, strapless Dolce and Gabbana that made her boobs spill over the tops. Truth be told I had that same dress in my closet at home. But I would never choose to accessorize it with a purple leopard bra that poked strategically above the neckline. Her lecherous eyes zeroed in on Shooter. She had the sniper in her sites and he was about to feel the full force of Louise’s slut-o-matic up close and personal.

“Well, hello. You must be Kat’s brother?”

“No, Louise,” I interrupted, “This is my date.” I choked on the last word.

Louise didn’t care. She wouldn’t care if a man was in bed with his wife on their wedding night, she believed all men were available. “And what is your name, gorgeous?”

“Shooter,” he smiled and leaned into her gaze a slight come and get me smile smeared across his face. I seriously wanted to pop his eyes out with a shrimp fork but I reigned in my rage.

“And what is it that you do, Mr. Shooter?” Translation: Can you afford me? She said as she pressed herself up against his body shamelessly exposing all her voluptuous assets.

He raised his hand and extended a finger. Shooter pushed the tip of his long thick finger into the center of Louise’s forehead forcing her to take several steps backward. His gaze had gone from playful to deadly. “I kill people,” his whisper was sinister. 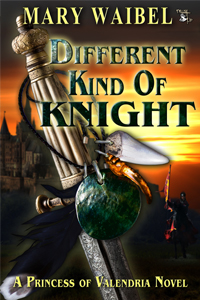