When Jacqueline Talbot first laid eyes on the darkly handsome Conor Montrose, she said she would give up anything to have him. Little did she know then that she would have to give up everything--even her identity.

Nightwalkers is the eerie tale of Jacqueline's slow, tortuous and complete submission to the mind of Conor Montrose and to the creature that dwells within her--whom she learns to call The Jacynthe. 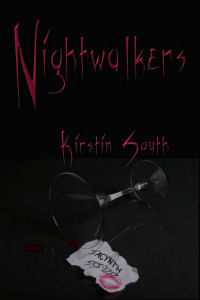 They had a bourbon in the bar/dining room. Then they had a second. And a third. In fact they drank until they lost count and Brad finally sighed and said, “I think I'm unwound enough to sleep now.”
And they staggered to their small room with its threadbare carpeting, peeling wallpaper and a TV that bore an Out of Order sign. But it did have a couch as well as a double bed, and Brad lay with his back to the bed until Jacynthe had finished undressing and hanging her clothes in the bathroom to dry. Then when she was under the covers and facing the wall, he stripped to his underwear and pulled a spare blanket up to his waist.
“No p.j.'s either?” Jassy asked turning to look at his semi-nakedness. “In fact, you didn't bring in your suitcase.”
“That's because this trip was a bit of a surprise. Didn't have time to pack one.”
“Oh...” Jassy said, appearing to be thinking of something else. “Good night, Brad, and thanks.”
“For what?”
“For probably saving my life. There may be no Nightwalkers, but there was a killer out there on that stormy road tonight.”
“Well, you're perfectly safe now. If a little drunk. So g'night, Jassy.”
There was a long silence but her breathing didn't change to the heavy rhythm of sleep, and Brad knew she was lying awake looking at him. In fact, he could almost feel her piercing green eyes boring into his back.
“Brad?” she asked at last.
“Why did you say that Waller was your sister's married name?”
“Did I?”
“That's what I thought you said.”
“You must've misunderstood. You were angry.”
“Yeah. That's right.”
More silence.
“Brad?”
“What now?”
“I've been thinking I should thank you for saving me.”
“You just did.”
“I mean really thank you.” Her voice dropped into a lower register. “In the way only a woman can.”
“That's the drink talking.”
“I'm sober now. And I mean it. I want you. I want you to kiss me, to make love to me...”
“God...I hardly dared hope...” Brad gasped as he rolled over to face the room.
Jassy was already standing beside his couch, the faint glow of the red and blue neon sign outside the motel making her bare skin glow in abstract patterns of ghostly light. Her long hair was streaked with highlights of red, framing a pale blue face with jet-black lips that seemed more full and sensuous than they had earlier in the bar. Likewise, her almost-purple breasts seemed to thrust out more provocatively, their black nipples already raised to hard points that begged his lips to encircle them.
God, Brad thought, now she was really Circe, really the supernatural sorceress luring him to his destruction. Why, even her hand was held out in a slow beckoning motion toward him.
“Come,” she was saying softly. “My bed is much softer and wider than this couch. We will have room there to...do things properly.