No Place to Run

On the run from an abusive ex-husband, Lin Chen drives through North Dakota and encounters a winter blizzard which forces her to stop on the Standing Rock Reservation. There she meets Kyle Little Eagle, a medicine man. While it isn't long before they are close, her ex is not far behind. Can Lin overcome her fear of men and let Kyle help her? Can love and a mutual connection to the Spirit World prevent her worst fears from being realized?

No Place to Run

Lin Chen stared out at the ever-increasing blizzard wondering where she could possibly find shelter in this flat, treeless land. Snow was almost unheard of in her native Taiwan, although she could remember seeing a snow flurry or two when visiting her relatives in the mountains, but that was years ago, and nothing like what she was seeing now.

Everything around her was covered in a white blanket, and strong winds were catching what was falling from the sky and blowing it at an angle, giving the appearance of a curtain at an open window being blown to the side to give the occasional glimpse of what was outside it.

I have to find shelter. Ancestors, I need shelter. Please help me find some. The words were whispered only in the quiet of her mind, but she knew from past experience once she thought the words, help would come.

Lin slowed her car to a crawl trying to see through the blowing snow if there was a house, a business, anywhere that she might ask for shelter. Suddenly the wheel wrenched sharply to the right, causing the car’s back end to fishtail for a second on the icy road before she again regained control. Were those lights?

Creeping forward, her foot barely touching the gas pedal, not even knowing if she was on a road, although it seemed to be one, Lin moved closer and closer to what she was now convinced were lights.

Finally a sign with rotating, round lights came into view. “Prairie Knights Casino and Resort,” Lin read out loud to herself and sighed with relief. She had seen a sign advertising this casino earlier, and she knew from what it said that it was run by one of the local American Indian tribes.

Lin pushed strands of long inky black hair out of the way and carefully pulled into the parking lot. Visibility was still just about nil, but because of the storm, the lot wasn't that full, and she was able to find a parking space near the front door once she located it.

She switched off the ignition and shivered. I’m thousands of miles from home. There is no way he can find me, she thought to herself, but she was well aware that her ex-husband was looking for her. Her cousin had left a voice mail on her cell phone telling her he had visited their small village looking for her. But I was already long gone by that time.

Lin tightened the belt on her stylish coat and pulled the collar up so that it curled around her lower face. She dropped the keys into her purse and reached for the door handle, turning it, then shoving the door open.

A blast of icy wind hit her square in the face, and she pulled the collar tighter around her face, shut the door, and set the alarm before heading for the glass doors she could see several feet ahead of her. The heels of her boots slid on the slick surface of the snow-covered asphalt, and she would have fallen down if a strong hand hadn’t gripped her elbow.

“Easy there,” a mellow voice murmured.

Lin startled, nearly knocking them both off balance again when she heard a male voice speaking to her. Fear coated the blood that ran through her veins. Although she knew that not all men were violent, five years with an abuser, a man she had thought she could trust, had changed her. It took everything she had not to jerk away from the gentle grasp.

As though sensing her fear, the man let go and moved back. “Are you all right, miss?” he asked, and Lin realized she’d been standing there trembling in his grasp for a moment longer than she had realized.

“I am fine. Thank you for your assistance.” Her voice wobbled with the stilted words as she bowed her head slightly in his direction. English had never been easy for her, but she was glad now that her grandfather had insisted that she learn it. She could not even imagine the nightmare of trying to traverse America with no understanding of the language. Most Americans, while they seemed pleasant enough, sometimes didn’t have any patience for those who did not speak or understand their language.

When Lin finally looked up at her rescuer, all she could see were two eyes, as black as onyx, framed by silky black lashes, staring out from the hood of his dark blue ski parka. He had a scarf wrapped around the lower half of his face, and he’d tucked his hands into his pockets.

“Let’s go inside where it’s warm,” he finally said after letting her look her fill.

Lin nodded and began heading in the direction of the lights again, the man shortening the strides of his long legs to match hers. He just wants to make sure I don’t fall, she told herself nervously.

The man was tall and big-boned, she could tell. Her head wouldn’t even reach his shoulder were she to stand close to him. A cold chill raced down her spine as she thought of how easy it would be for such a large man to hurt a woman. She would have no chance against him if he were to decide he wanted something from her she was unwilling to give. Unconsciously she began walking faster, putting as much distance between them as she could. Before she could even reach the door, waves of heat flashed through her body, and her chest tightened to the point that it felt as though she couldn’t breathe. Her thoughts became a jumble, and she realized belatedly that the meeting with the stranger had triggered a panic attack. Seeing a bench, Lin sat down and closed her eyes and began breathing deeply and slowly, in and out. Bai is not here. The man that helped me is not Bai. In all likelihood he is a good man. Bai was sick, insane, and he’s not here now. Just keep breathing, and you’ll be fine.

The man’s scent tickled her nose, and she lifted her head to find those black eyes level with hers. The man had crouched down in front of her. “You’re safe here. The one you’re running from won’t find you, I promise.”

Lin felt her eyes widen at the man’s words. “How . . . ?” she started to say before shutting her mouth so hard, her teeth clacked loudly.

“Your grandfather is a tall, slender man with gray hair that he wears longer than most people, other than your own, are comfortable with. He has blue eyes that are the color of lapis, and he’s missing a tooth on the far left front side. You can see the hole where it was when he smiles.”

Lin’s breath caught at the accurate description. There was only one way this man could know what her grandfather looked like.

“You are like him,” she whispered, astounded at her seemingly good luck.

The man simply shrugged, then tugged the scarf down so that she could see his whole face. Brown lips with a tinge of pink stretched wide over even white teeth in a gentle smile. “Ready to go inside now?”

“Yes. It is cold out here.” Lin shivered and then stood up quickly as the man lifted to his tall height and stepped back from her as though understanding that if he crowded her, he could trigger another attack.

Even as the words left her lips, suspicion crowded her brain. What if Bai has already been here and talked to this man? What if it’s a trick? What if he told him what Grandfather looks like?

The only thing that kept her moving was concentrating on her breathing. If she could remember to breathe, she could think her way out of this dilemma she found herself in.

The man held the door for her, waiting patiently, and Lin nervously stepped past him. It’s a public place. He won’t try anything here. The casino was nearly empty. Only a few hardcore gamblers sat at some of the slot machines, feeding coins in and hoping for that big win. Most of them were Indians, but there were a few fair-skinned people sitting at machines. The card tables were deserted, as was the roulette wheel.

“Hey, Kyle! Good to see you, man!” someone called out to her rescuer, and Lin flinched at the loud voice, belatedly coming back to reality.

“Hey, Bobby. How’s it going?” The two men bumped fists, and at the gesture, Lin began carefully sidling away, their exuberance making her nervous. Dread began to coat her belly like spoiled food. Though their talk and body language suggested they were friends, she had seen her ex-husband behave in such ways with his friends as well. Their jovial behavior did not mean they would not turn on her at any second.

Lin took two more steps backwards and was beginning to turn, completely prepared to get lost in what little crowd there was, her eyes instinctively seeking the exit signs and overlooking the restroom signs, knowing from past experience they would not stop someone bent on harming her.

She heard the whispered words, “Who’s the babe, Kyle?” Her eyes widened in terror, and her breath came hard and fast. Just as she would have turned to run, Kyle’s next words stopped her.

“Knock it off, Bobby. Can’t you see she’s terrified?” At the harsh words, some semblance of sanity returned, and Lin struggled to calm her breathing again. She pulled the tatters of her dignity around her like a shroud and asked quietly, “Is there a restaurant or some other place that I can wait for the storm to end?”

“Sure, just go through there.” Kyle pointed at a hallway. “It’s on your left. They have wonderful tea,” he added quietly.

Lin nodded. “Thank you, Kyle,” she said in softly accented English before turning to go. She could really use a cup of tea about now. 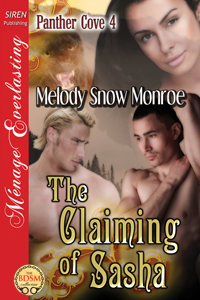 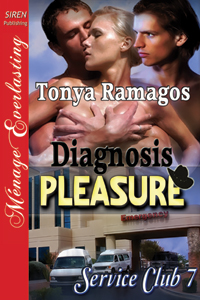 The Surrendering (MF)
Shyla Colt
In Shelf
$3.99
Tweets by
sirenbookstrand