No Rulebook for Flirting (MM)

When Gabriel goes to the annual gaming convention, planning to play as many games as he can during the next three days, he doesn’t expect to be glared to death in the parking lot by a really cute guy. So when the same guy joins the game Gabriel is playing, Gabriel is determined to make him smile, even if it takes some awkward flirting.

When Aitor makes it inside the convention center after someone steals his parking spot, he doesn’t expect to be so attracted to the man he decided to hate just a few minutes earlier. But as he gets to know Gabriel through gaming and flirting, he just can’t look away.

The game of flirting has no rulebook, but for Gabriel and Aitor, it may just have two winners after all. 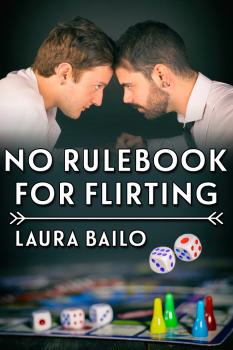 No Rulebook for Flirting (MM)

In the end, Gabriel won the game, with Aitor coming a close second, having gone after him once he'd clued in on what Gabriel was doing and sabotaging him at every opportunity that would also benefit Aitor.

Gabriel smiled at him. "Well done. You were close."

Aitor crossed his arms over his chest and glared at him. "Imagine how good you'd have done if you'd focused on playing instead of making sure we failed."

"But where would be the fun in that?"

Aitor opened his mouth to answer, but another voice interrupted.

"Whenever you two are done with this weird flirting you have going on, want to play another game?"

Gabriel gave him an enthusiastic "Hell yes," and Aitor nodded.

Once the guy in charge started mixing the tiles again, Aitor looked at Gabriel. "Let's make this more interesting. I bet you can't win without obstructing anyone else's game, just by your own merits."

"You're on. And you're going to regret making that bet." Gabriel had no intention of losing, though being unable to be a nuisance to the rest of the players would take away half the fun of the game for him.

Aitor smiled, which made him look even younger. "We'll see. Loser buys the winner a drink after this game?"

The game started again and Gabriel did his best to achieve points without interrupting anyone, but ended up coming in third.

Aitor came in first this time and smirked at Gabriel.

"I accept my defeat."

Aitor nodded while they put their tiles back in the box. "It's a shame we weren't playing a stripping game, then I'd have enjoyed your defeat even more."

Gabriel's face heated. "Well, you definitely need to buy me a drink before I start stripping anywhere. A small one would do."

"Speaking of drinks, do you want to pay that bet now?"

One player -- Raúl, according to his nametag -- who hadn't said anything during both games, sneered at them. Or rather, at Gabriel. "Oh, my God, just go flirt somewhere else!"

Gabriel glanced down at his own shirt, but paid Raúl no mind. "Let's go, Aitor. I have no interest in gaming with bigots."

He felt the guy glaring at him all the way to the bar, but ignored him. "So, Aitor, what do you want to drink?" 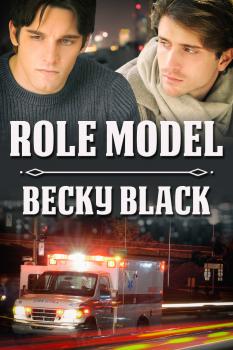