Matthew is not a happy man. On the eve of his 40th birthday, he stands naked before a full-length mirror and assesses what he sees reflected within. Sure, his body is toned and well-maintained. His job is physical and defined muscles are a result of the manual labour. He is handsome. But what good are these things when they house an empty heart? The most upsetting thought is that the older he gets, the less chance he has of ever finding someone to fill that void.

He runs into the night, fuelled by negative thoughts and looking to end his loneliness -- permanently. But he trips and falls. There is an explosion of pain and then ... nothing. 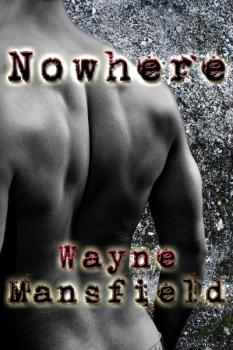 Matthew stumbled through the undergrowth, his veins flowing with anger and alcohol. Through the clawed branches of leafless trees he could see the full moon, large and looming against a bejewelled nightscape. The way it seemed to fill the sky took his breath away; or it would have if he hadn’t been so hell bent on ending his life.

On the eve of his fortieth birthday he’d stood naked before a full-length mirror to assess the ravages of the past four decades. He was not as shocked as he thought he’d be. Manual labour had kept him reasonably trim and toned, though hard work could not keep the frosting of grey at his temples. His waist was a little larger than he’d like, but how could he complain when his stomach was flatter than most around the same age? More importantly his face, that most public part of his body, had been spared the markings of time. There were no visible wrinkles and a slightly sun-kissed looked courtesy again of his outdoor labours lent his features a healthy glow.

But what good were a handsome appearance and an athletic body when they housed a heart that remained untouched by love? In forty years there had been many lovers, some brave men had even sworn their undying devotion to him. But where were they now? At the end of the day, words meant nothing when every night his bed remained cold and empty.

The negative self-appraisal was not confined to matters of the heart. As a labourer, applying mortar to bricks until he’d transformed them into the realisation of an architect’s plan, was no longer satisfying. Twenty years, he felt, was surely long enough to endure the endless monotony of construction. A change needed to be made, but in what direction? He had no other skills. Before this moment of reflection he’d never needed to acquire any, and at forty his options were now much fewer than they would have been had he realised his dissatisfaction ten years earlier.

These were the thoughts that propelled Matthew through the night, produced the tears that now ran in silver trails down his cheeks and manifested an overwhelming desire to send his spirit into the universe. Out in the wilderness, several miles from the nearest dwelling, he could easily imagine doing himself in, giving himself to the night and to the damp earth and worms beneath his bare feet. No one would miss him, of that he was certain. His parents had passed away and his handful of friends had lovers and families to occupy their lives. He knew very well that when he finally stopped running, when the darkness became absolute and eternal, that he would rot into the soil and that would be the end of it. He entertained no grand illusions of an after-life, of some great reward awaiting him for his efforts on Earth. When he died that would be an end to it and for that he was grateful.

His thoughts were interrupted by something hurrying by him in the night. He heard its footfall in the leaf litter and saw it blacker than black against the darkness. His heart, already pounding in double time, quickened a little more. He scanned the enclosing night, but whatever it was soon disappeared into the pitch. Funny, he thought, how it seemed that while his mind and body were ready for death, his instincts still held dear the life force within.

There was a river that cut through the forest. He had travelled by canoe on its waters many times. The towering cliffs had been stunning in their wild and brutal beauty, and if he could find those same cliffs, they’d be ideal for his purpose. Despite the fact that his mouth was so dry it had become numb and his shins and ankles, not used to such prolonged stress, were beginning to throb, he pushed on. There would be an end to it all soon enough. When the ground gave way beneath his feet and the wind rushed upwards over his naked body, and the rocky river bank raced ever closer as he plunged towards it, all his bodily aches and pains would disappear. There’d be no more need of anything. Of water. Of rest. Or of love.

Each morbid thought brought fresh tears. The idea that he, a grown man, naked, devoid of hope and fleeing into the night like some rebellious teenager after an argument with his parents, had them flowing bountifully. He could taste them; salty and bitter on his tongue.

Suddenly his foot caught on something. He looked down but even in the pale moonlight it was impossible to see what the snag was. He flung his hands out to break his fall, but as they connected with the leaf-strewn soil they skidded outwards, unable to stop his face from smashing into the top of a rock barely concealed beneath the topsoil. There was a small explosion of pain, a warm, trickling sensation and then ... oblivion. 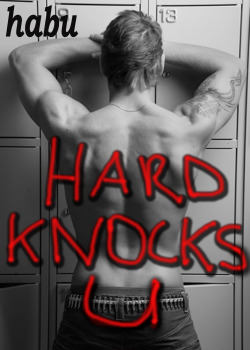