Five stories. Eleven men. The countless joys of coming together at Christmas. Whether they’re spending treasured time with friends, showing up for forced family fun, or making good their escape from the shopping throngs, the men in these stories are all about to make the same discovery: love makes a terrific present.

The Gift of the Gay Guy: ‘Tis the night before Christmas when Derrick Halvorson catches Lee, a hot one night stand, emptying his wallet. When he resurfaces in the morning, Derrick resolves to stay mad, even as he turns up at his mom’s for Christmas with Lee in tow. When his cop brother recognizes Lee, Derrick fears the worst. Obviously Lee is a career criminal, but what if the next thing he steals is Derrick’s heart?

Isle Be Home for Christmas: When Justin jets off to the tropics for the winter, a fling with a middle-aged American gym jock isn’t exactly on his itinerary. But when Cole comes to town on a cruise, it turns out there are worse ways to dance the night away. Good-bye doesn’t come easy, and when the ship’s still in port the next morning, Justin hurries down to the dock. Has he been naughty enough to deserve Cole for Christmas?

It's Not Yule, It's Me: Shannon hates Christmas. Mostly because Christmas hates him. Which is why he’s a whimpering mess when he meets Ben one Christmas morning. But Ben’s such a bright spot that after a while Shannon wonders if maybe his Christmas Curse hasn’t been lifted. And what better place to test this theory than at Ben’s family festivities? It’s not like Christmas is actually cursed. Is it?

Santa's Secret: In a flash of drunken inspiration, Samir pens his very first letter to Santa Claus. In it, he asks to find his cutie-pie crush, Kerry, under his tree on Christmas morning. It’s a wish that verges on coming true, even, until Kerry breaks their Christmas Eve date for the worst reason Samir has ever been called upon to pretend to believe. But Santa works in mysterious ways ...

O Come, Let Us Adore Him: When Richard’s invited to join Colin for Christmas in Cancun, he bolts for the airport -- Colin has finally chosen him over Joaquin! But life with Colin is full of surprises. He’s invited Joaquin to Cancun, too, hoping to spice up his holiday by being fought over. When Richard and Joaquin hit it off, Colin must recalibrate his approach. Unless bringing everyone together was his plan all along. 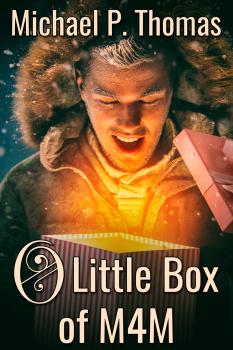 EXCERPT FROM "The Gift of the Gay Guy"

It was in the middle of the quiet Christmas night that Derrick rolled over and reached out for Lee. Either because he was happily sated and wanted to cuddle with the skilled artisan who had made him that way, or because the first rumblings of new want had set him to tingling and he wanted to wake the skilled artisan who could quiet them, these things are not always clear. But he rolled over, he reached out for long, luscious Lee, and he found nothing but rumpled sheets and a whole lot of empty bed.

The house was quiet and still, and Derrick lay half asleep listening to silence. “Santa” had apparently been and gone -- he didn’t hear his brothers or his sisters-in-law downstairs, which meant they had finished setting presents around the tree, and probably the eggnog. He didn’t hear his nieces and nephews snickering and whispering on the stairs, which meant they had either fallen asleep on them lying in wait for Santa, or that they had eventually shuffled off to bed and it was too early for them to be awake and sneaking glimpses of the pile of presents, which must be early indeed. He listened for sounds from the bathroom down the hall -- the sink, the toilet, the splash of a tall guy’s stream -- but if Lee was in the bathroom, he had either fallen asleep on the pot or was tending to some serious business; Derrick was well on his way back to blackout with no sign that the house was even inhabited except by him. Where had Lee gone?

Come to that, his half-conscious brain began to wonder, how did Lee know Chad? It was related to Chad’s work on the P.D., they had both copped to that much. As for Derrick and Lee’s first meeting, it had basically turned out to be a robbery-in-progress -- was the fact that Lee and Derrick’s cop brother apparently went way back a crazy coincidence, or a glaring neon warning sign? Against any expectations, Derrick had thoroughly enjoyed spending his Christmas Eve with Lee, and had discovered dozens of his more redeeming qualities, as they related both to his jocular, devil-may-care personality and to his extraordinary, take-charge body; he hated himself for thinking it even as he half-fell out of the bed and groped around the floor for something to put on -- at least his drawers, lest he run into Wendy or Yvonne -- but might a guy who had been desperate enough the night before to lift sixty bucks out of Derrick’s wallet not be sorely tempted by eight little conveniently-wrapped bundles of twenties hung by the chimney with care?

Santa -- or Chad, whatever you wanted to call him -- had taken the stockings down from the mantle and lined them up instead in front of the fireplace. They were bursting with little trinkety toys and candy canes and the inexplicably “traditional” oranges that Halvorson kids had been getting in their stockings as far back as Derrick could remember, and he knew he should have just let them be. But now that the nightmare of having to explain how yes, he had actually known that Lee was a thief, and no, he didn’t actually know a whole lot else about him had taken hold in his sleep-addled imagination, he had to see with his own eyes that the money was untouched. So he upended the first stocking, sifted quickly through its shiny candy contents, and, finding no little wrapping paper wallet, upended the next one. He was muttering a string of dirty words by stocking number three, and was nearly in tears of self-recrimination by stocking number five -- there was no money, no sign of Lee, and no other conclusion that Derrick saw to jump to. He’d been kidding himself, thinking he was helping Lee out. With the ride from Mankato, with the offer of a place to stay when his “brother” -- if Lee hadn’t just picked a house at random -- had turned him out. He saw right through his own Good Samaritan act: two hours of attention from a sexy younger guy in a budget motel and Mister Nice Guy had turned all decision-making responsibilities over to his lust-crazed ass. An outside observer would have seen this coming from a mile away, but Derrick had apparently wanted another night of big dick so bad that he’d put the Joy of Sex with a stranger ahead of the safety -- well, the security, at least -- of the eight little people that -- he’d thought -- mattered most to him in the world. 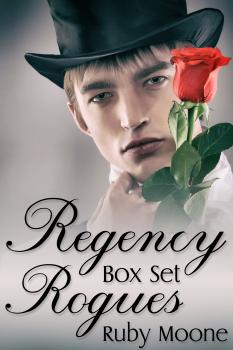 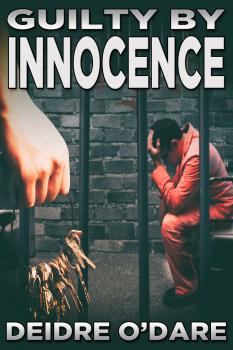 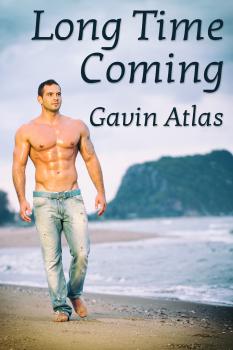