Beyond the Judge's Chambers 1 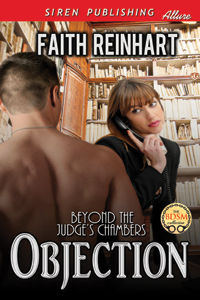 Beyond the Judge's Chambers 1

More From Beyond the Judge's Chambers

This was why work place romances were forbidden.

She rolled her eyes, tilted her head to look him over, trying to find something to critique about his outfit. He had chosen a purple striped tie to offset his white shirt and black suit. When her hands rose, he took her papers, held them while she straightened the silk accessory, made sure he felt the efficient way she yanked the garment back in place, her hands unnecessarily smoothing down his chest in the aftermath. She kept his gaze then, her hands warm over his heart, palms against his nipples, the memory making his hands curl against her papers.

“At least I don’t look like I crawled out of a sewer, Reese. How hard is it to straighten your tie?” She said it with smile, and he knew she was joking, but the alcohol still felt like coming back up, and he wasn’t sure he hadn’t been sitting in a sewer bemoaning his fate last night. She frowned at him, brushed the corner of his downturned lips. It was unexpected, her hug, the way her arms curled over his shoulders in easy camaraderie, attraction. “Smile, Reese. I’m only kidding.”

When she stepped back, she made sure to grab her papers from his hand, put an extra sway in her hips walking back to her office, catching his gaze when she tripped, purely for effect, he was sure and she was smiling when she did it. It made him laugh, and he breathed easier, shutting himself away in his office for the rest of the day.

By noon, Logan managed to finish the brief he was working on, had a good start on the memo due next week. When Chuck walked into the office, he didn’t look any better than Logan, eyes sallow and his skin tinged green. Logan laughed, regretted it immediately, the pounding in his head increasing tenfold. Chuck left in a hurry to find the bathroom. Logan thought about following. Instead, his eyes caught on the animated hand gestures of the woman across the hall from him, her client as physical as she was. The man was smiling when he left her office though. Logan wanted to take his place.

Will stopped by at six, and Logan took an imaginary phone call, waving the dom off to bother someone else. Coward.

Logan happened to look up at just that moment, and as fortune had it, Sash was walking down the two steps to the elevators and out of the building. He watched her arms flail, her briefcase flying from her hand as she missed her mad grab for the handrail, going down hard though the man who had run into her frantically tried to keep her on her feet.

Logan was standing before she hit the floor, out his office door and striding quickly toward her before she breathed a quick gasp of pain, reached tentatively toward her ankle twisted awkwardly beneath her. Bruce was kneeling next to her, seeing if she was all right, if she needed help, a doctor, anything. Logan managed to push past him and kneel in front of her, his fingers gently cupping her ankle as he pulled the shoe from her foot, the light brush of his fingers over the swelling joint causing her to take in another shallow breath. “Can you move it at all, Rolls?”

He watched her grit her teeth in mock severity. “It’s Rollings, Reese.” Her voice softened and she flexed her foot slowly, rolled her ankle and, while she choked back a whimper, she managed the maneuver. “I don’t think it’s broken.”

“It looks to be a bad sprain. I’m gonna help you up, but I don’t think you should be putting any weight on it.” He met her gaze, held it while he took her shoe off her other foot, moving ever so slightly forward to wrap his arm around her back and help her to her feet, foot, whatever. She managed a stutter step, testing the ankle and nearly fell into him though he continued to hold her. “Told you not to try it.”

She rolled her eyes and wrapped one arm around his shoulders, his fingers tightening just at her waist in response. She met his gaze, let him see the vulnerable woman she could be, both sides of the same coin, mistress and lover.

“Sasha I’m so sorry. I wasn’t paying any attention to where I was going. I…God, you don’t think it’s broken right? I can drive you to the hospital if you want an X-ray or anything?”

“I’ve got her, Bruce, no worries man. We all forget to look where we’re going every now and then.” He didn’t look at the other man when he spoke. He knew he should look at the other man, take his eyes off the woman in his arms, staring up at him, and yet he just couldn’t tear his gaze away. The gentle tilt to her lips became just that much deeper, a knowing smile even while she didn’t say a word.

His knuckles skimmed over the cotton of his shirt covering her, unable to remain purely functional when faced with her bare skin so close. He continued to hold her ass with one hand, though he managed to get the skirt off her all the same. “Not sure I will ever be able to look at you the same way again, Sash. I’ll always be wondering what’s under those damn skirts you wear now.” He sat back on his heels, held the skirt to his nose. “Mint.”

She grinned, and he tossed the skirt behind him.

She didn’t say anything to stop him when he pushed her legs father apart, moved her hands from the hem of her shirt so he could push the cotton away. He held her thighs apart and kissed the inside of her knee, the light stubble on his chin making her muscles clench in anticipation. He pressed kisses up her thigh, stopped just short of kissing her cunt before he repeated the process on the other leg. She leaned back on her elbows again, let him do what he wanted.

“We didn’t finish this last time.”

Her breath hitched when he nuzzled her pussy, kissed her mound.

She was right. His five o’clock shadow scraped her flesh, made her hips rise to the added stimulation. Her legs hitched around his shoulders, her heels digging into his back to force him closer. She hissed at the unexpected pain in her ankle, having forgotten about the sprain. He didn’t pull back like she would have expected, instead taking her hips in his hands and turning her slightly so that her injured leg was propped wider on the bed, held in place by his hand, pinning her open to lick at her clit, stab into her cunt with his tongue. He wrapped his other arm over her left leg, held her while her hips tried to move to put his mouth where she wanted it, and he kept her still.

She moaned, couldn’t stop writhing as he continued to eat at her pussy. He slowed his assault, dipped his tongue inside her silken heat, thrust and withdrew, only the most minimal of penetrations, refusing to give her what she wanted, let her direct him. She didn’t mind that he had decided he wanted this moment of control. She trusted him to see to her pleasure, just like she trusted herself to see to his.

Sasha groaned, leaned back on the bed and ran her hands under the T-shirt, pushed the cotton up to cup her breasts. He wasn’t going to finish her until he wanted, fine, she could work with him, but she was damn sure going to do her best to influence his decision. His mouth stilled on her labia when her hands cupped her breasts. She plucked at her nipples, reached a hand over her head to tangle in the sheets knowing he couldn’t take his gaze away from her.

She cried out when he dipped one finger into her sheath, licked her clit with quick little strokes and she pulled at the ripe little bud of her nipple, gave herself that small hint of pain with the pleasure surrounding her. He replaced one finger with two and thrust into her. Her hips rose on the bed in time with his movements. She was panting, restless, dying of need. He pushed her further onto the bed, pushed her over the sheets until he was on his stomach between her thighs, still holding her open, pushing her uninjured leg up over her body so he could reach for her breast and cover her hand with his. He smiled and she felt the movement of his mouth against her cunt, growled when he went back to teasing her, keeping her on the edge of climax, refusing to let her come. She gave up on letting him have all the control, reached down and tangled her fingers in his short hair, held him to her in desperation.

“Fucking now, Logan!” He laughed against her cunt, and her body tensed. He latched onto her clit, fingers thrusting until he found her G-spot inside and used her mercilessly. She exploded and she screamed for him, her back arcing off the bed, hips grinding against his mouth. He shifted his hand at her breast to her lower back, holding her tight to him, continuing to work her, the high of her climax not allowed to relent. He forced her over another peak in quick succession, and she screamed for him.

When he finally released her, she was panting, eyes closed, hand idly stroking his head. He draped himself over her stomach, one arm holding her close, the other laced with her free fingers. She tried to catch her breath, liking the feel of his body pressing hers to the sheets.

“Not fair…you’re not even naked.” Her breath rasped on each word, panting. She had to swallow, force her eyes to focus before she could meet his gaze.

“Technically neither are you.” He plucked at her nipple through the thin cotton shirt that had fallen back down.

She pinched him back, earning a growl in reward. “Shut up and take your damn pants off.” 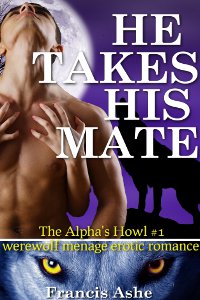 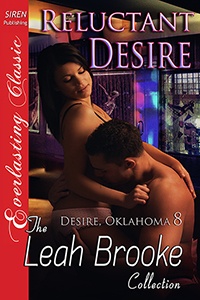