Evil can be closer than you think.

After her husband’s tragic accident, Joanna Dresden seeks to rebuild her life. She finds love again in the arms of a much younger man and feels her life moving forward again. She didn’t realize her husband’s death wasn’t an accident, but rather a calculated murder, by a man willing to do anything to be with her. A man she knew well… 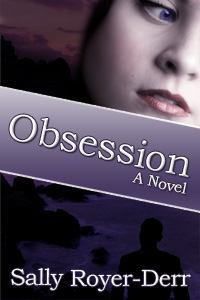 A slow drizzle of rain pelted the freshly mowed grass of the cemetery. Wet blades of green clung to Joanna’s black pumps as she solemnly walked to the burial plot. Simon held a large black umbrella over her and Jilly as they walked in silence.

The funeral service had been well attended. Most of the town was there to extend their condolences. But Joanna had insisted on a private burial. Family and close friends only.

She sat on the hard folding chair in front of the flower-adorned closed casket. Despite the humidity, she shivered, thinking of her hand touching Jared’s for the last time. In her heart, she knew his soul, his spirit, lived on. His earthly body was only a casing for his true soul, which now looked down from Heaven at her. I know he’s in a better place. A place without hurt or death. But what about me and Jilly? How are we going to live without him?

Jilly looked unusually small today in her dark funeral dress. She gripped Joanna’s hand and sat hunched over, staring at her father’s casket. She hasn’t said a word since finding out he was killed. Will she ever find her voice again? Joanna’s head hurt with all the troubling thoughts. I can’t think about that now.

The pastor said words, but she could not understand them. The words, like the murmuring of condolences spoken to her at the funeral, jumbled together into an unrecognizable blend of sounds. I can’t do this. This can’t be happening to me.

She felt tears welling and pressed her eyes closed for a moment, hoping to shut out the scene in front of her. Opening her eyes again, she watched as Jared was slowly lowered into the ground, and tears stung her face. Don’t leave me, Jared. Her silent pleas were unheard. The only man she’d ever loved was gone.

She looks so beautiful in black. His gaze traveled over her appealing form draped by the dark material. He liked how pale her face looked today, almost ethereal, like an angel from Heaven. Her hair was pulled away from her face in a brown tortoiseshell clip, revealing the delicate bone structure of her face. He watched her sit on the sofa, picking at her full plate of food. She lifted her head, her sad blue eyes looking expectantly around the room, and then suddenly clouding over as she looked back to her plate of untouched food.

He longed to go to her, to touch her, to tell her everything would be okay. He would glide his hand over her silken hair and whisper softly in her ear, to reassure her and to make her know that he would always be there for her. Her blue eyes would gaze into his, the sadness starting to melt away, and she would see him, the real him, for the first time. And she would know in that moment they were meant to be together.

He shook his head, feeling slightly unsettled about his fantasy—the fantasy he so desperately wanted to become a reality. One day it will be my reality. One day very soon. Now that Jared was out of the picture, thanks to him, there were no more obstacles deterring him from her.

As it should be. Jared had stood in the way of his happiness for too long. From the moment he knew Joanna was destined to be his, Jared was an obstacle for him. A smile spread across his face. Not anymore.
He gripped his cup of coffee tightly and it spilled over his hand. Grabbing a napkin from a nearby table, he wiped the liquid away. He glanced back to the couch where Joanna had been sitting, but it was now unoccupied. He quickly put his cup down and went off in search of her. 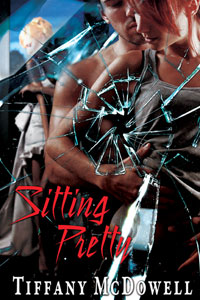 Zakia and the Cowboy
Lorraine Nelson
In Shelf
$3.99
Tweets by
sirenbookstrand