Retired quarterback Seth Blake is looking forward to the next chapter of his life with Morgan and the kids on the Twelve Horseshoes ranch. But when an old family friend and owner of the Texas Tomcats asks him to have a chat with Riley Sloane, his troubled star quarterback, Seth is reluctant to get back into the game and the celebrity that comes with it. Riley is arrogant and a wildcard, yet Seth can’t help but see a little of himself in the budding superstar—even if the two of them can’t stop butting heads long enough for Seth to keep his promise. Even worse, a family crisis quickly forces him to put the brakes on his future to be there for those he loves.

While Morgan Blake is happy that the family has settled into ranch living, part of her misses the hustle and bustle of her old life in Philadelphia. As she tries to get her footing again and oversee the expansion of another bookstore, an unforeseen crisis arises that threatens everything. As she struggles to deal with the changes in her life, she fears Seth will put his career plans on hold indefinitely to be there for the family. She’s desperate to find a way to keep Seth from putting off a new career opportunity, even as her world begins to crumble around her... 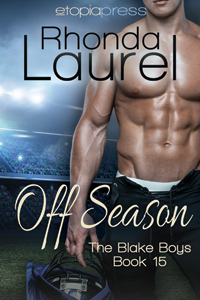 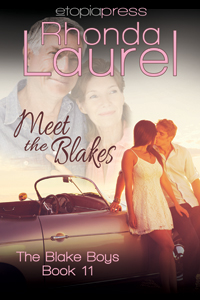 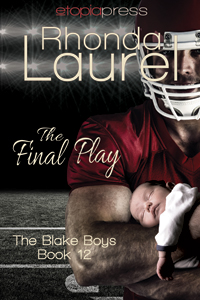 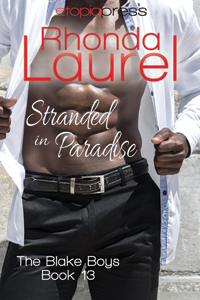 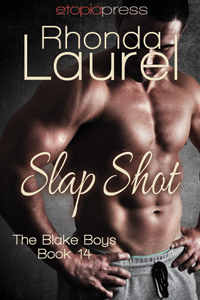 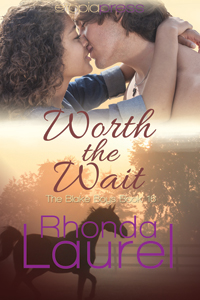 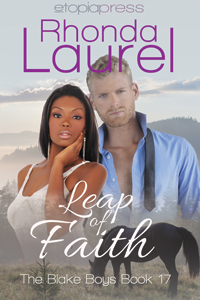 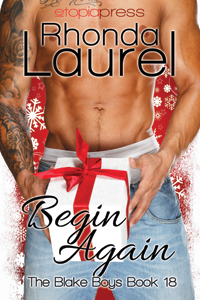 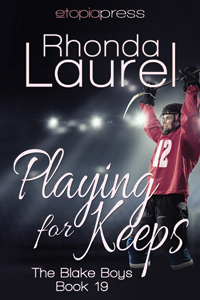 CHAPTER ONESeth Blake didn’t have to open his eyes to know what was going on in his bedroom. The sound of animated laughter coupled with the smell of waffles and syrup was a Saturday morning ritual in his house. This morning it sounded like the resourceful Blake brood had managed to get their breakfast essentials to their parents’ bedroom without spills, then hunkered down on the floor at the foot of the bed and watched their favorite cartoons. It was a rite of passage for the boys to attempt to make their weekend breakfast. Big brother J.J. had been about Jake’s age when he’d started supervising the cooking for his siblings on the weekends.He kept his eyes closed and pretended to sleep, ignoring the tempting aroma of tasty food. Life had been pretty good since his retirement from football and their move to Texas. The decision to spend time with his family before pursuing a new career resulted in blissful days of leisurely living. He couldn’t help spoiling his baby daughter Mackenzie either. The tiniest member of the family had taken over the house, much to her mother’s chagrin. Mackenzie was everywhere, exploring the world around her and trying her best to keep up with her rambunctious brothers. Speaking of his daughter, he reached over when tiny hands tugged on his arm and helped her and the teddy bear she toted everywhere onto the bed. She immediately nestled between her parents.“Daddy,” Mackenzie said as she tried to open Seth’s eyelids. When that didn’t work, she planted a kiss on his cheek and pinched his nose.“Good morning, Sweet Pea.” Seth tickled her.Having one parent awake wasn’t enough so Mackenzie turned to her mother and touched her cheek. “Bat time.”Morgan groaned but kept her eyes closed. “I think its Daddy’s turn to give you a bath today. Not Mommy’s.”“I have to get all the camping gear out of the garage for the sleepover tonight,” he said.Giving his daughter a bath before he started his chores wasn’t a big deal, but he wanted Morgan and Mackenzie to spend more time together. Morgan wouldn’t admit it, but he got the feeling she was a little disappointed that Mackenzie hadn’t said “mom” yet. She’d mimic every word under the sun, but it seemed like their daughter was purposely holding out on that particular word.“Excuses, excuses.” Morgan sat up and took a sip of the glass of orange juice Jake had placed on the bedside table for her. “Did you get anything to eat, little girl?”“Yes, she had one of those Lil Bites Breakfast meals,” Jake yelled from the foot of the bed. “I think it had apple and pears in it. And some apple juice.”“Thanks, Jake,” Morgan replied, then looked at Seth. “One of these days I’m going to get up before them and see how they pull all of this together and leave my kitchen spotless.”“It’s good old-fashioned teamwork. It’s in the Blake genetic code.” Seth traded the orange juice in her hand for a piece of chocolate chip muffin.“Keep up that sentiment. We have our work cut out for us today.”“We’re going to have fun today. We always do.” Seth leaned over and kissed her on the lips.“Let’s see if you have that attitude by the end of the day. I predict that you will have to carry me to bed tonight.” She yawned.Seth took a good look at her. They’d had a good night’s sleep, but she still looked tired. She’d been feeling rundown since she’d gotten sick with the flu last month. “Are you OK?”“I’m fine.” She shook her head as she suppressed another yawn.“Do want to get some more shut-eye?”“We both know that’s not going to happen.” She scrunched her nose at Mackenzie.“Gabe and Owen are a breeze. They’ll be asleep before the fun starts.” The newest additions of the family were pretty easy to please. J.J. and Sam had welcomed a healthy baby boy, Gabriel Jacob, into the world three months ago. And not to be upstaged by his cousin, Tate and Isabelle’s son Owen Jacob had arrived a few days later. “I’ll get dressed and start hunting for the camping supplies.”“I’ll get up too. If I can get this one to say ‘mommy,’ maybe I’ll give her a bath.” Morgan tickled her daughter. “Can you say ‘mommy’ yet?”“Morgy!” Mackenzie replied.“Oh no. You are not calling me by my first name. I’d rather you call me shark-head or bear-trap.”“We’re still working on it.” Seth bit back a smile and headed into the bathroom before he burst into laughter. He knew his daughter’s expressions well and that toothy two-tooth grin and sparkling green eyes meant she wouldn’t be saying mommy today. He propped Jake’s skateboard, no doubt part of the breakfast conveyor system, against the door so no one got hurt. He looked back and smiled at what he saw. Mackenzie had cuddled closer to Morgan while Morgan attempted to fix their daughter’s messy ponytails, and the boys were off in their own world watching the cartoon. Life was good.