Hyabusa Jao bungled his most recent assignment as an assassin for the Good Men and now he is in trouble with his scary boss, Kazematsuri. As punishment, he has to guard Ryo, the fifteen-year-old son of the opium lord of Okatsu. Jao is prepared to hate his assignment, but unexpectedly he likes the kid a lot, and spends his time training the boy in the rudiments of survival on the street.

Then Ryo is kidnapped.

Tall and elegant Masahiro, Ryo's older brother, is convinced Jao did the deed, and hates him for it. But as Jao pursues the truth and burrows deeper and deeper into the corrupt heart of the opium business, he and Masahiro are slowly drawn into an uneasy collaboration. Together they must uncover the enemy, and team up against a ruthless man who doesn't care who he has to kill to profit.

NOTE: This book was previously published under the title, The Mediocre Assassin's Handbook. 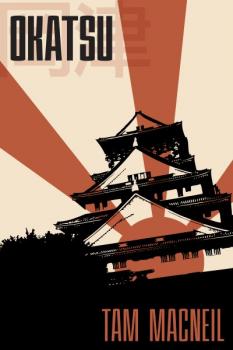 There's a soft sound, almost lost under the distant noises of carts rattling and night markets of the city. The difference is that when Jao turns sleepily onto his side, the noise stops. And that is what wakes him up.

He opens his eyes. There's ambient light making soft lines in the darkness, illuminating the table and the hot box, dark slope of Masahiro's sleeping form. Jao considers rousing Masahiro and decides against it. The smallest movement would alert whoever has crept into the room and Masahiro's sleepy confusion could turn deadly for both of them. So Jao lies still, listening to the sigh of tabi-clad feet on tatami.

Jao feels the adrenaline flood him, feels the coldness settle in his limbs. He takes a quick mental inventory. It might be a thief but considering what happened to Ryo, it's much more likely that this shadowy person is an assassin, which means there is going to be a fight. Shiezika's goons, in their efforts to protect their mistress, took away his knives so Jao is weaponless. It won't be the first time he'll be fighting empty handed, but he doesn't have to like it.

The footsteps come closer and Jao feigns a sleepy sigh and turns onto his back, a better position to fight from. He expects to see the dark-clad shape pass to the far side of the room and kneel by Masahiro, but that's not what happens. Instead, the assassin comes over to Jao.

This is where it gets tricky. Timing and acting are everything. Jao keeps his breathing as slow and even as he can manage. He feels the tatami move where the weight of the assassin's knee bends the mats. There's no sound of blade coming from sheath, hardly a whisper of cloth on cloth to indicate movement. Instead, there's a subtle change in breathing. Through the veil of his eyelashes Jao sees the dark shape move and the gleam of steel.

Jao moves. His hands are tangled under the blankets, all he can do is punch clumsily at the assassin's groin. His fists connect, the assassin shouts, recoils. His cry wakes Masahiro, who rolls to his side with reflexes Jao would never have given him credit for. The assassin turns and in that instant Jao is on his feet, ready to fight.

The assassin moves fast toward him, a blur of shadow. The gleam of steel gives forewarns Jao of a knife strike to his face. Jao swings his hands around to deflect the attack but his timing is off and the knife the assassin is carrying passes through his palm as if it flesh was as flimsy as paper. And then there is pain.