Back in college, Larry Carson played drums in a friend’s band and fell in love with the lead singer, Geoffrey Mason. But all that’s in the past. Larry’s now thirty-five, divorced, and father to a precocious thirteen-year-old daughter.

One day, when Larry picks Crystal up from school, a song comes on the radio by a new rockstar climbing the charts. Larry recognizes Geoff’s voice immediately, though Crystal calls him Geo and claims he’s the hottest new singer on the scene. Just hearing him brings back a flood of memories, reopening wounds Larry thought long healed.

The more he listens to Geo’s music, the more Larry falls in love with his former boyfriend all over again. Partly to prove to his daughter that he used to know Geo back in the day, and partly to reconnect with his old friend, Larry buys tickets to an upcoming concert and manages to score backstage passes.

But there was a reason Larry and Geoff lost touch -- and stayed out of touch for so long. Will Geo even want to see Larry again after all this time? Or will the magic of their old familiar song bring about a harmonious duet? 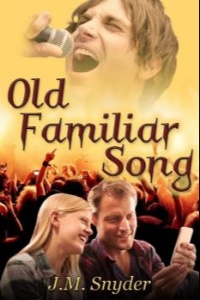 The first station she settled on played only a snippet of music before switching to a commercial and she was off again, fiddling with the dial to find something, anything she liked. Larry caught the tail end of an Aerosmith song and almost told her to stop, but didn’t bother.

When she finally stopped again, she cranked the volume way up. “Oh my God, I love this one!” she cried.

Larry gave her a quizzical look. “It hasn’t even started yet. How do you know --”

To him, it sounded identical to all the other noise the radio stations called modern music. Overproduced and unoriginal, with a thumping back beat that would play well on any dance floor and merge seamlessly in with the next song on the playlist. “This is crap,” he muttered under his breath. “You really like this?”

“Everyone does,” his daughter said. “Geo’s awesome.”

“What the hell kind of name is Geo?” Larry wanted to know.

Crystal didn’t bother to answer. Instead, she turned the volume up another notch as the music dropped slightly and a breathy male voice purred through the speakers.

The thought sent a shiver through Larry -- half memory, half dream, all lust and longing and need. His knees weakened, his fingers tightened on the steering wheel. His heart stuttered in his chest. God, no. It wasn’t. It couldn’t be.

Hoping his voice sounded steady despite the surge of emotion suddenly roiling through him, Larry asked his daughter, “Who’s this again?”

In the passenger seat, Crystal bopped along in time with the beat. “Geo. He’s good, ain’t he?”

Good? Hell, no. Good was the kid on American Idol who could carry a tune. Good was the woman in the gym who belted out Britney Spears while wearing her iPod on the treadmill. Good was the older gentleman at the back of the church choir, the one with the bottom basement voice who could really get the congregation rolling during “Amazing Grace.”

Geo wasn’t good. The voice coming from Larry’s base model speaker system was pure honey, dripping into him sweetly and coating every inch of his insides. Lyrics in that golden voice were sung for him alone, and only him, and no one else. If he closed his eyes, he knew he could let Geo’s soothing, soulful tone carry him away to places he hadn’t been in a long, long time, back to people he used to know, dreams he used to have, things he’d loved and lost somewhere between then and now. Those words, in that voice -- they were like a heartbreak, and Larry felt tears well in his eyes because he hadn’t known until he heard them just how much he’d been missing in his life.

“Geo.” His voice didn’t betray any of the conflicting turmoil inside him, thank God. At least, if it did, Crystal was too wrapped up in the music to notice. He reached over to turn down the radio -- just a little, just enough so he wouldn’t have to compete with that glorious voice, but not too much, because he wasn’t ready to let it disappear yet. How had he managed to get through the day without hearing it before? Without knowing it existed in the world beyond him?

How would he go on, how could he, with it out there somewhere waiting?

He cleared his throat to get his daughter’s attention. When that didn’t work, he thought he knew something that might. As casually as he could, he told her, “I know this guy.”

She stopped in mid-move, arms in the air, head tipped to one side. Only the muscles in her neck moved as she swiveled around to look at him. “Nuh-uh.”

“I do,” Larry assured her. “Do you `seriously think I’d forget a voice like that?”

Now it was Crystal who turned down the radio, and Larry fought the urge to turn it back up. If he’d had headphones, they wouldn’t be enough -- he wanted that voice inside him, all the way in his head, in his heart, his soul. As deep inside as it could get; he wanted --

His lips on mine, his fingers flat on my stomach, his legs and mine tangled together on the narrow futon I used to call a bed. His eyes like stars in the darkness above me, the sweet pain as he entered me, my name in his voice. That little trill he makes in the back of his throat on the chorus? He does that when he comes, or at least he used to. He did with me.

His daughter snapped him out of the memory and back to the present. “Dad, you’ve never even heard this song before.”

Again, Larry nodded. “All right, all right. But I know this guy. I do! We went to college together.”

She turned toward him, her seat belt straining as she turned to stare at him directly. “Shut. Up.”

He glanced at her and shrugged. “No, really. Only he didn’t call himself Geo then. He was Geoffrey Mason ... well, mostly he went by Geoff. I guess the Geo is some sort of stage name or something. We sort of had this band --”

“You did not.” Crystal’s eyes widened in disbelief. “Oh my God! You were in a band with Geo? So why’s he famous and you’re not?”

Larry didn’t know how to answer that. The truth was, he hadn’t thought of Geo -- Geoff -- in, God, years, it seemed. The memories surfacing now were sweet, first love and boyhood romance tinged with nostalgic regret. What could’ve been ...

But what it was hadn’t been all rose petals and sunshine, really. If it had, nothing would’ve changed, and he probably wouldn’t be where he was, driving home with a pre-teen daughter beside him, an ex-wife texting to make sure he’d picked her up safely, and a weekend ahead playing the responsible father. He and Geoff would still be together, if things between them had been as perfect as he wanted to believe they’d been in retrospect. So the question was, really, what had happened? 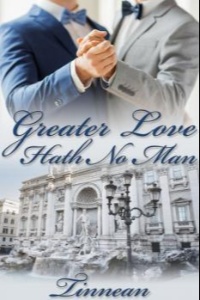 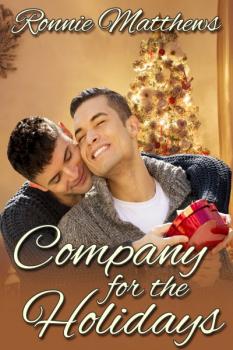 Company for the Holidays (MM)
Ronnie Matthews
In Shelf
$2.99

The Marine Next Door (MM)
Terry O'Reilly
In Shelf
$3.99
Tweets by
sirenbookstrand