On Her Knees (MF)

Karina has never considered herself one of the svelte, beautiful women that could capture a man's attention, especially not the one man she's lusting after. Viktor Port is many things: arrogant, demanding, and wealthy. But he's also her boss, and she knows there will never be anything between them.

Viktor has to be ruthless when it comes to getting what he wants. He's never had to try to get a woman--until Karina. He's not ashamed to admit that for the last year he's been obsessed with her. Her timid and naturally submissive demeanor makes him hard, and has him fantasizing about her on her knees in front of him. He knows he can't ignore what he feels. He has to have her, even if it's only for one night.

When he finally has her in all ways, Viktor realizes he can't walk away. She's his, whether she realizes it or not.

On Her Knees (MF)

“Take the panties off, Karina.”

She found herself doing just that, and before she knew it she was standing there just as naked as he was.

Of course she had dreamed about this moment, but she’d never admit that, not him, or even herself out loud.

He sat on the edge of the bed, waiting for her. He was like steel between his thighs, thick and long, and the drop of pre-cum at the tip told her exactly how worked up he was.

She moved toward him, her knees feeling like they’d buckle.

With slightly shaky legs she lowered herself to the ground. Looking up at him, his cock between them, the tip becoming more covered with pre-cum, she knew this man would forever change something in her.

For a second all he did was look at her face, but then as the time ticked by he lowered his gaze to her breasts. Her nipples were so hard, but they felt like they got even harder the longer he stared at her. He reached out and smoothed his hands over her chest, and she tried to control her breathing, the pleasure already mounting.

“How turned on are you, Karina?” he asked in a low voice.

She nodded, not trusting her voice.

He squeezed her breasts more roughly, and a gasp left her. The discomfort was immediately replaced by this pleasure that shocked her.

Viktor grinned, but it was a little ruthless in appearance. “Tell me where you want my cock,” he said in this deep, sandpapery growl.

She licked her lips and dug her nails into the flesh of his thighs.

He made this gruff noise. “Where else?”

“In my mouth,” she said softer.

A moment of silence stretched between them. She still didn’t respond.

“How about in that nice, big ass of yours?”

Her pulse raced at his words. “If that’s where you’d like to fuck me.” God, where did that come from?

“You know exactly what to say to have me nearly coming right now, Karina.” He removed his hands from her breasts, but instead of letting her do what he wanted, he slipped his hand right between her thighs. Viktor spread her pussy lips with his fingers, smearing her cream around and having her dig her nails even further into his flesh. He continued to run the pads of his fingers through her folds, not speaking, not even showing emotion. She was already on the verge of coming, and holding still for his ministrations was damn hard. 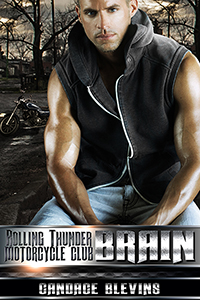