The contract was simple: be his for one week and her money troubles would disappear.

It seemed simple enough to Sorcha Case. It was a legal document, and there were no hidden agendas. She’d be Rian Hartford’s in any way he saw fit, but only for seven days. But Sorcha should have known nothing was that simple.

He was arrogant, ruthless, and brought cold to a whole new level. He offered to take away all of her money problems, and all she had to do was sign on the line. He was gorgeous, intelligent, charming, and charismatic. Despite the fact he was the devil in disguise, Sorcha wanted him like no other.

He’s dominating and demanding, and infuriates her to no end, but Sorcha finds herself falling hard for the gentler man he shows her. She wants to hate him, but it’s clear not everyone is as they seem.

Heat Rating: Scorching
Word Count: 50,500
5 Ratings (4.2)
Contemporary Rubenesque May-December
In Bookshelf
In Cart
In Wish List
Available formats
ePub
HTML
Mobi
PDF
Cover Art by Sour Cherry Designs
Reviews
Billionaire doms have been absolutely done to death. I promised myself I wouldn't spend money on another one. BUT.. I'm a huge fan girl of Jenika Snow's other work, so I decided to pick this one up anyway. I was pleased to see that the characters were well written, the plot was plausible, and the sex was steamy as always. This was a great read that I'd highly recommend to anyone. :)
Michelle Roth
ok, nothing too special about this book though.
AussieGirl
Read more...
Excerpt

“That’s it, Sorcha.” Rian was going to come really fucking hard. His balls were drawn up tight, and this exact fantasy had played out in his head more times than he could count. He was going to fill her mouth with his seed, make her swallow it all, because there was this side of him that wanted to know he had that kind of control over her. He wanted that possession. “Suck harder, baby.”
She started bobbing her head up and down in time with stroking the root of his cock. He had kept still until now, but he couldn’t hold off any longer. He groaned out when the tip hit her throat, and he grunted when she gently scraped her teeth along his length. The sting of pain had him hissing out, but then the pleasure that followed had his orgasm racing to the surface.
“Swallow it.” He held her head to his lap, made her swallow his cum when he started to fill her mouth. But to his surprise she grabbed his thighs, dug her nails in, and moaned around him. The feeling of her throat working as she drank him all up had Rian tossing his head back and groaning deeply. When there was nothing left for her to swallow Rian gently pushed her away. She sat back on her knees, staring at him with this red, swollen mouth, and the cause of why it looked like that slammed into his head. He reached out, ran the pad of his thumb along her bottom lip. Her chest was moving up and down almost at a frantic pace, and without thinking and just acting Rian leaned forward and kissed her hard. He tasted himself on her, tasted the wine she had drunk, and the passion and anger she felt. All of that was one heady fucking sensation.
Rian stood, lifted her off the floor, and moved them back toward the wall. He could have easily just laid her out on the bed, but there was this primal, animalistic side of him that wanted to take her hard and rough for their first time. There was plenty of time to be all soft and sweet, if he even went down that road. Right now he just wanted his cock inside of her.
He removed his pants easily enough, and grabbed the soft, generous swells of her ass. When he had her in his arms he moved them closer toward the wall, and leaned her back against it. The creamy flesh of her neck beckoned him, and he leaned down and ran his tongue over her throat. “Wrap your legs around me.” She complied without hesitance, and he knew that for as much fight as she liked to give him, she was his right now. He ran his finger up the back of her thigh, and he loved how she shivered from his touch. She was so damn receptive to him, so giving and accepting, even if she liked to hate who and what he was. Rian leaned back and saw that she was biting her lip hard enough to draw blood.
“You hate this, don’t you?” He said the words softly.
“Hate what?”
“Wanting me as much as you do.”
She didn’t respond, but then again when she narrowed her eyes at him he got his answer well enough.
“If you’re going to fuck me,” she moved her face closer to his, “then fuck me, Mr. Hartford.” 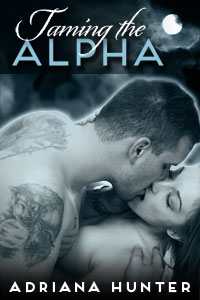 Fighting Dirty for His Girl (MF)
Jenika Snow
In Shelf
$4.99