Six years ago, Evan Alexander played first base for Richmond's minor league baseball team, the Rebels. His best friend on the team was pitcher Charlie Madison, a sexy man Evan couldn't help falling in love with. When he finally admitted his feelings, Charlie seemed to feel the same.

But the season ended and Charlie left, breaking Evan's heart. Now the divorced father of a little girl, Evan has just started putting his life back together again.

Then Charlie shows up, looking for a second chance.

Can Evan give their relationship one more try? Or will his broken heart keep him from letting Charlie back into his life?

Kasey stood on one of the dining room chairs, directing Evan as he filled their plates with spaghetti. “That’s too much, Daddy!” she said with a laugh. “You can’t eat that many. Put some back.”

Evan grinned at her and scooped up a large spoonful of the pasta. “How’s that?”

She frowned at the plate, picked up one long noodle, and stuck it in her mouth. It dangled down her chin. “Help.”

Evan held the noodle out as she slurped it up between her lips, and when he touched her nose with the tip of it, she giggled. “That’s good enough,” she told him, pointing at his plate. “It’s time to eat now. Did you turn off the TV?”

Suddenly the doorbell rang, echoing through the townhouse and startling them both. He wasn’t expecting company.

Don’t let it be Mere, he prayed, though he knew it wouldn’t be. She was at the beach with Paul this weekend, enjoying her time off from motherhood. Raising his eyebrows at Kasey, he asked, “I wonder who that can be.”

The little girl jumped down from the chair. “I’ll go see!”

Before Evan could stop her, she raced through the living room towards the door.

“Kasey! Don’t run in the house!” As Evan set the pot of spaghetti on the table, he heard her fumble with the latch. He hoped it wasn’t Meredith. She had never interfered with his time with their daughter before.

From the living room, he heard Kasey open the door. “Hello?” she asked, her voice so tiny, so chipper. Maybe it was one of his neighbors. Maybe it was UPS.

He was wiping his hands on a dish towel when he heard a voice he hadn’t heard in years. It made his knees weak and his hands shake. “Hey there, baby girl. Your daddy home?”

Evan’s heart began to race. Before Kasey, before Meredith, there had been Charlie Madison, star pitcher for the Richmond Rebels who single-handedly took the minor league farm team to the state playoffs the last season Evan played first base. It’d been six years since Evan last saw Charlie’s warm brown eyes and sexy grin. Back then, Evan’s life had been in control and he knew what he wanted.

What I wanted was him. When I thought he wanted me, too. But I was wrong about that, wasn’t I?

And I thought I was over him, finally. Only now he’s back and guess what? I was wrong about that, too. Damn. 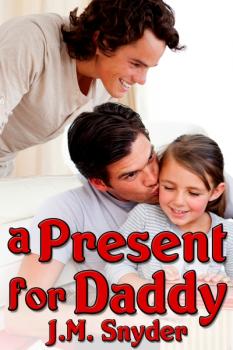