One Night of Paradise

To Serve and to Protect 2

Normally shy, quiet, unassuming Carol sets out to nab her man. She’s seen him frequent the local pub and knows that’s where he goes every Friday night after work. Dolled up to the nines, her plain hair highlighted, her drab matronly garb traded in for a sexy, slinky black dress, she sits at the bar and waits.

Two years after a nasty divorce, women in general aren’t high on Detective Taggert’s priority list. All he cares about is his work and his teenaged son.—until he surprises even himself by taking the sexy seductress home for one night of passion.

One Night of Paradise

To Serve and to Protect 2 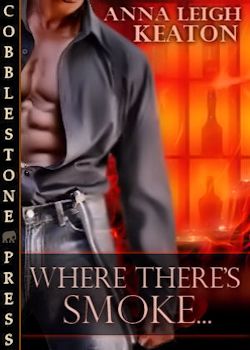 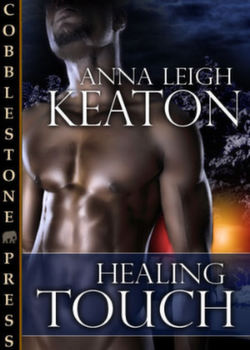 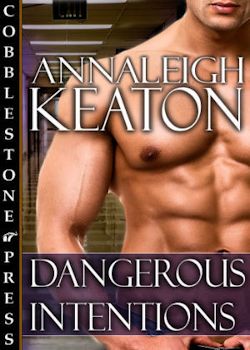 Carol swung around at the sound of the deep male voice. Her eyes widened at the man who’d slipped onto the barstool adjacent to hers.

“Hi,” she replied, cringing inside.

Mid-forties, balding, and he had a big nose. She wanted to groan. This was the fourth one so far, and she was getting discouraged. She’d come to Darby’s for one reason and one reason only, and it didn’t include the smarmy middle-aged men who’d been hitting on her for the last two hours.

“Kim,” she answered quickly, leaning back slightly to avoid his bourbon-laced tobacco breath. The lie was coming more easily now, after she’d stumbled over it the first couple of times.

The man’s gaze roamed over her breasts. She shivered in disgust, practically feeling his lascivious thoughts.

“They don’t drink much.” She dropped the pleasant smile she’d tried to keep plastered on her red painted lips.

The man’s watery, pale brown eyes snapped up to hers. “I, uh—”

“I’m sorry, Henry, but I’m waiting for someone.” She wasn’t very good at this. Sure, she’d read a few books she’d never admit to buying about attracting a man. Yet she wasn’t getting men, she was getting flies. Short, balding flies. Maybe this had been a mistake. Maybe Gracie was right. Besides, she didn’t want just any man, she wanted one in particular. She took a quick glance around the pub. Where is he, anyway?

“Yeah, sure.” Henry slid off the barstool and ambled away none too steadily. He didn’t seem too upset as he sat down next to a pretty, petite brunette at the other end of the bar.

Yeah, maybe Gracie had been right. Carol drained the last of her white wine spritzer and motioned the bartender to bring her another. As she laid the money on the bar, she checked her watch. Another hour was almost up. Time to check in. Two hours, four losers. No Detective Taggert. This night was not going well at all.

She pulled Gracie’s cell phone from her purse and pushed the speed dial numbers, as Gracie had instructed her to do.

“Carol, where are you?” Gracie said in way of greeting after only the first ring.

“Hi Grace. Still here. No go so far.” She glanced around the bar again, dejection weighing her shoulders. He came in here every Friday night between seven and eight. It was now going on nine-thirty and he still hadn’t shown.

“No. I’ll call you in an hour.” Carol hung up the phone before Gracie could say another word. No way was she going to go to Gracie’s, show up in front of all those men, looking the way she did. She didn’t even want Gracie to know what she’d done to herself. This was not her. Tonight she was someone else. A seductress. And darn it, she wasn’t going to leave until she had what she’d come for! If the object of her lust would please just show up like he was supposed to—

The door opened and two men came in laughing. “Oh, my,” Carol whispered on a breath. Her tummy made a little dip and tingles raced down her arms.