Coerced by her friend, Lacinda, a woman crushed by love, winds up on a three week singles cruise.

Blade, a man of means, discovers Miss Right under the guise of a singles cruise set up by his business partner.

Once Blade focuses his efforts he always gets what he’s after, until Lacinda throws his arrogant reputation back in his face. Can Blade break through Lacinda’s angry barriers? Will she ever see him as anything more than a player? 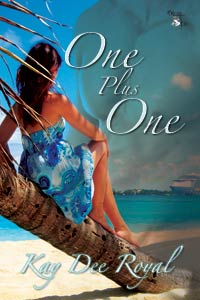 “Lacinda Gainesly,” a steward called her name. She saw the sign he held with her name printed in bright purple. She slipped on the first step leading down onto the ship and stumbled past the steward. The sign dropped from his fingers and his arms latched around her body from behind. His quick reflexes saved her face from biting the deck, but his hands cupped both of her breasts and squeezed. Lacinda threw her elbow back into his side.

“Hey, a little respect for the guy who saved your life.”

Lacinda shrugged out of his grasp. She met his gaze and realized this was the same man who picked her up from her hotel in a long black limo, only then he was dressed in black instead of the white uniform he now wore.

“I’m a lot of things, like possibly a hero.” His eyes looked as happy as his lips.

She noticed his smile, the same he shared earlier when he asked her questions about why she took the cruise quiz. Lacinda thought he was simply a driver for the cruise company so she shared some of her story. He knew about Alex dying in a car crash on the way to their wedding. She searched her memory for anything else she might have shared which could embarrass her later.

“Alas fair maiden, your chambers await your timely arrival,” he said, faking a British accent. He held his gloved hand out. Lacinda refused it.

“I’m ready for my quarters.” She needed relaxation, maybe take a nice hot scented bath and get prepared for the swing of things, anything to distract her from the past that never left her alone.

“As you wish, my lady,” he said, again with a British accent.

The steward turned, led her across the deck, and down a stairway. She saw men and women following other stewards or each other. Once on board everyone began mingling, even flirting, judging by the tinkling female laughter and deep manly chuckles.

“There will be an announcement left under your door regarding tonight’s dinner seating arrangements. May you enjoy your day and make sure you take time for a relaxing massage. There’s always a masseuse available. Their extension is listed beside your phone. You’ll find your room key there as well.”

Lacinda followed him down a narrow hallway until he stopped in front of a door with an elegantly scrolled number 216.

“This is you. May I answer any questions before I go?”

Lacinda dug in her purse for a tip. Clueless on how much was appropriate and not wanting to give him anything. He got his gratuity when he copped a feel of her breasts.

“In case you’re rummaging for a gratuity, don’t. No one on this cruise will be accepting anything extra. Monetarily speaking,” he quickly added and winked.

He opened her door and stood back. His midnight blues stared at her for a suspended moment. Lacinda’s skin tingled. He was either sizing her up for something, or undressing her for something else.

“Thanks,” her voice cracked through, releasing her body from the hold of his gaze. She walked into the room, quickly shutting the door and throwing the deadbolt. She turned and her breath caught. Lavish sea greens and ocean blues filled the room, hanging across the sliding patio door and covering the floor in plush carpet. She pulled her shoes off and allowed her toes free reign of the softness.

The boat trembled beneath her feet and an announcement came through the speaker on her phone: “One Plus One Equals Fun Cruise is now leaving port. Enjoy your voyage with us while we enjoy your company. You are welcome to visit all levels of the ship. You will find our cruise guide with a schedule of events next to your phone. If you would like a personal guided tour, ask any of our stewards for assistance. They love showing off our ship.”
Lacinda chuckled at the thought of asking her steward for anything. Pervert. Even if he did look like a blond Hugh Jackman, his intentions were obvious, and less than honorable. But then again, wasn’t this trip geared toward less than honorable behavior? 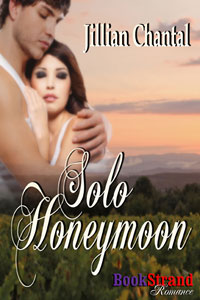 Two Men in Her Tub (MFM)
Cooper McKenzie
In Shelf
$4.99
Tweets by
sirenbookstrand