Jesse's a freeloader according to his father, a man he'll never please. Working on the farm is hard work and getting ready for the county fair a welcome respite from the daily grind. There he meets Davis.

The son of a local contractor, Davis is helping assemble the booths. He catches Jesse's attention immediately, and the two hit it off. If only they can ditch Jesse's sister long enough to get to know each other a little better ...

I inch the truck along the main thoroughfare, one foot on the brake pedal as we crawl along behind other trucks between lines of vendors setting up their booths. There's a tractor somewhere up ahead, I hear the ragged engine churn in the rising heat, and people dart across the strip, dodging between the trucks as they chase after children or livestock that have managed to get away. Twice I hit the steering wheel in frustration but I don't bother to use the horn -- wouldn't do any good. Instead I glare out the window at anyone who dares to meet my gaze and egg the truck on in little jolts that make Jolene tap angrily against the cab's back window. I've been up for hours and haven't even eaten yet, it's getting hot already, the stench of livestock permeates the air, I'm in a sour mood, and I'm thinking that next year there's no way I'm doing this shit again -- when for the first time in ages I see someone I don't know.

He's a young man, about my age, shirt off to expose pale skin that hasn't seen the sun all summer and a back that glistens with sweat as he hammers a couple of two by fours into a booth. Light hair the color of bailed hay falls to his shoulders, and I stare at his slender frame, memorizing the flex of thin muscles across narrow shoulder blades. It's Mrs. Colton's booth he's working on -- she stands to one side with her hands on her ample hips, cans of preserves around her feet. When she sees me looking, she calls out, "Y'all come by for some of my jelly, you hear? I got something new you'll want to try."

"So I see," I reply. That earns me a smirk from the stranger. Encouraged, I add, "What's his name?"

Mrs. Colton doesn't get my drift, thank God. "This here's Ruddy Johnson's boy. Davis?" Instead of a sideways glance this time he turns to look at me, eyebrows arched and thin lips twisted in a sardonic grin. "Jesse Sadler, his sister Jolene. My, that Missy has some size to her."

Davis. His eyes challenge me to turn away but I can't, I'm drawn to him like a moth to a flame and I imagine lying beneath him, pinned into submission under that steady gaze. In my mind I can see just how dusky my skin would look alongside his white flesh; I can taste his sweat, smell his scent, almost feel how firm his body would be against my hands. As I stare, he gives me a quick wink that makes my dick go from mildly interested to "Hello!" in one heartbeat. I'm so caught up in him that I don't even realize the traffic has stopped moving until I bump into the truck in front of us. Jolene pounds on the glass behind me hard enough to rattle it in my ear.

"Sorry!" I holler, cringing at the look the driver ahead gives me in his side-view mirror. God. Davis laughs, the sound boyish and so bright that it makes me want to sink down into my seat and die of embarrassment. As the line of trucks starts to move forward, I duck my head and hide the side of my face behind my hand so I won't be tempted to look his way again.

When we reach the pigsty, Jolene jumps down from the bed of the truck and wants to know, "What'd you run up on Bubba's bumper for?"

"You're only eleven," I tell her. "You wouldn't understand."

"I'm twelve," she counters. "I know more than you think." I shrug her comment off, but she warns, "And you best hope Pa don't see you making eyes at any boys."

All right, so maybe she is a bit more perceptive than I thought. 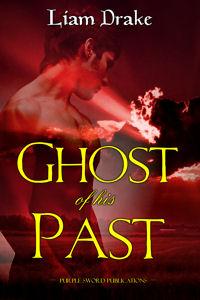 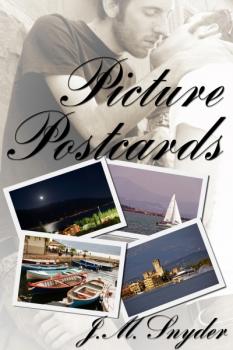