Neal James is a space station navigator whose lover, Dylan Teague, left him for a starmapping mission. But when Dylan radios in a distant signal one night, Neal discovers that he hasn't managed to put the relationship behind him in the two months they've been apart. When he's one of the crew members sent to investigate the signal, he finds that his ex-lover feels the same.

The source of the signal is a lost colony ship. Only a handful of the original colonists remain, survivors of a deadly disease that killed most of their fellow shipmates twenty years ago. To keep the threat of disease to a minimum, the colony adheres to strict laws, including the prohibition of same-sex relationships.

When the same fatal virus seems to appear again, Neal and Dylan find themselves in the midst of an irrational panic and hate that threatens to destroy everything the colonists have worked so hard to attain.

Chewing the Bone Reviews:
"The tension mounts as the crew of Semper Fi decides whether, or not, to go searching for the elusive owner of the message, but what will they find? More importantly will they come back alive? What they find shocks them and me too! [This book] is brilliant as it sparks my imagination with its superb plot and crisp, witty characters. Snyder has written a story that I will enjoy reading many times again."

Fallen Angel Reviews: 5 out of 5.
"An epic science fiction story about the difficulties colonizing space ... Thanks go to Ms. Snyder for an incredible story."

Rainbow Reviews: 5 out of 5.
"In the end [Neal & Dylan] teach the colony that the most important thing is our love for each other and hope for the future. Thanks ... for a beautiful look into the future and an epic story that will be one of my favorites for years to come."

On the captain's bridge, I hit the switch with my elbow and stand back as the door cycles out of my way. I step onto the deck and as the door closes behind me, I announce, "Soup's on."

There are two seats in the cockpit, the pilot's chair that Dylan is stretched out in and the co­pilot's seat, which is empty. Turning, Dylan smiles when he sees me, stands and takes the top tray from me as he plants a quick kiss on my lips. "I thought you'd never get here," he murmurs, kissing me again, lingering this time, his lips soft and his tongue insistent where it presses into my mouth. "I was afraid you were holding out on me."

I laugh and step back so he doesn't knock into the soup, my elbow hitting the door behind me. "Dylan," I say, "dinner's gonna get cold --"

"Let it," he tells me. Setting his tray down on the floor, he takes the other one as well, places it beside his own, then leans me back against the wall, a hand on either side of my head and his hips grinding into mine. "I need you," he sighs, kissing my neck. I let my eyes slip closed and fist my hands into his jumpsuit.

"Right now?" I ask, hoping it sounds coy and teasing and not the least bit like my blood's on fire for this boy in my arms, pinning me up to the door, but he thrusts into me and I know he feels that hard thickness at my groin, aching at the confines of my jumpsuit -- I know he feels it against his own erection because that rubs along my thigh, as eager as his lips that cover mine.

"Now," he breathes, and the hum of my zipper when he pulls it down is lost in my low moan. His knee presses between my legs and into my crotch, and then his hands are slipping into my open zipper, smoothing along my naked chest, cupping my erection through my thin boxers and then easing around my hips, beneath the fabric, until he has one arm wrapped around my waist, one hand cradling my bare ass, kneading hungrily. He buries his face in my throat and I hug him close, my arms around his neck, my lips in his hair and I moan his name again, he's kissing me and rubbing me and he's right, what's wrong with right here, right now? Somehow I get a hand between us and trail it down his chest, trace the zipper down to the bulge at his groin, take the hardness in my palm and squeeze it, making him gasp and thrust into me again. "Oh Jesus, now," he sighs.

I like him like this, so needy, so mine. "I like it when you call me Jesus," I murmur, but he kisses me quiet because he's done playing, he wants me and he's going to have me and he's getting no argument from me there.

I have him unzipped and in my hand, already damp where he's starting to come, and he's working my boxers down, trying to get into them without either of us taking the time to get fully undressed, when the vidscreen flares to life behind him and Vallery's face appears. I can see her over Dylan's shoulder. "Hate to interrupt --"

"Vallery!" Dylan cries. He tugs my jumpsuit closed, covering my chest but parts of me peek out below as I scramble to tuck him back into his suit. I don't know what all she sees but her eyes widen and suddenly the screen goes blank, she's turned off the cam. Still, I turn towards the door, his body blocking mine as I snap my boxers back together and fumble with the zipper to close my suit. "Fuck, you knew we were getting it on here --"

"You saw enough," I mutter. Dylan runs a shaky hand through his hair and we're going to have to talk about this, this is the second time she's done this to us, and now I'm going to be hard until I get with him tonight. We won't be able to get the moment back now, not with me thinking she might bust in on us all over again. This time I zip my jumpsuit all the way to my chin, and when I turn around Dylan has his only halfway closed, the collar crooked. I can still see his bare chest, smooth and muscled, and I straighten his collar, pull the zipper up all the way, whisper to him, "This is getting old."

"Val, we're busy here," he says, his arms slipping around my waist again until I'm caught once more in his embrace, but now my hands are between us, keeping us apart, and when he leans down to kiss me, I turn away. With a lusty sigh, he rests his forehead on mine and raises his voice as he calls out, "Well? What do you want? Make it quick so we don't have to."

"Oh, hey, I forgot," she says, her tone of voice making me grin at the frustration that flitters across Dylan's face. "This is just a pleasure cruise, right? We're only here so you two can kiss and make up --"

"Stop it," Dylan growls. Pressing his lips to my cheek, he whispers, "They don't understand how much I need you, baby." I do -- I can feel his need curled against my hip, but Vallery's right, this can wait. I try to push away but Dylan's stronger than me and he holds me close. "Where do you think you're going?" His breath is hot and exciting along my skin. "Val --"

"Hello, you guys?" she calls, as if we're not listening. "You think I'm doing this just to harass you?" Dylan opens his mouth like that's exactly what he's thinking, but I cover his lips with mine to silence him. "There's an incoming signal on the comm-link. Or are you two not interested in that anymore?" 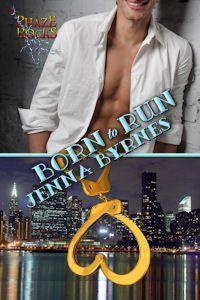