Amanda Cutler needs a time out. After spending much of her life on the run with no one believing her, she's committed the ultimate fuck-up. She allowed her friends and unit to walk into a trap, killing three and hurting her best friend, Ben Kogan. With the orders to recharge and gain the ability to trust those around her, she heads to Wiccan Haus, hoping they can figure out what happens next. She never expected to meet a polar bear with a surly disposition or an oracle. Nor was she expecting either of them to be her mates.

A change is coming. Niamh Laleh, Oracle and green witch, is happily mated to the man who stole her heart over seventy years ago. But when a vision of a sad, distraught auburn-haired woman fills her dreams night after night, she knows what she has to do.

Arcades Bennett knows not to question his mate's visions, and when she says she must go to a place called Wiccan Haus and seek out the woman in her dreams, he agrees. What he isn't prepared for is finding a second mate.

Resisting the pull grows impossible as their friendship blossoms, but when push comes to shove, can he seal all three of them, or will Amanda slip right through their fingers?

333 BCE
Euphrates River
The trap was set. For so long, she’d struggled under the rule of Darius the III. Their rotten families did nothing but use her gift for ill. Of course, so did her parents. In the beginning, they’d used her stories as ways of gaining what they wanted. Her father yearned for the shepherd’s land to graze his paltry, malnourished sheep. Her mother desired only the finest of silks to wear, so she sought to take the tent of a merchant—by force if need be. Her parents conspired day and night, devising schemes of foolhardy nature.
Nai talked in her sleep occasionally. Her ramblings, though not meaningful to her at the time, held a wealth of information her parents could take advantage of. They wrote down everything and, after several days of planning, they went to Darius the III himself, to tell him of the treachery befallen the beauteous city of Pasargadae. Enraged by the plots to overthrow him, Darius the III pulled the shepherd from his land, and the merchant from his stall, and threw them into the putrid cells of the capital. Two days later, their heads were severed from their bodies as a reminder to everyone who challenged Darius the III rule.
When Nai learned her sleep-addled babbling had helped kill those who had the audacity to have more than her parents, she refused to help them or the king in any endeavor, instead choosing a more solitary life.
Unfortunately, being an oracle had its limits. She never knew what would come of her life, only the lives of those around her. If she happened to be have a personal connection to them, she sometimes received glimpses of her future entwined with theirs.
Five summers came and went and during that time, she learned to control her visions. Honing them to the point where she could rest without fear of spilling someone’s future.
She was fifteen when Darius the III’ men appeared at her hut, took turns raping her until they each had their fill then brought her battered body to the king. His cold, venomous words rang clear in her head. “A pity an oracle such as you would resist the finer things in life. A gilded cage is where you’ll stay until such time I see fit to release you on my prey.” Later she found out, through slaves and concubines, her parents sold her to the king.
Her enslavement had brought her parents two goats and a chicken, plus the envy of those who conspired with them….
The years passed with little to no change in her status. If she had thought to escape, all those she considered friends died horrible deaths in front of her. Since she’d refused to voluntarily help, she never saw their deaths and, in turn, shame and guilt weighed heavily on her soul, leaving behind a black stain she’d never remove. 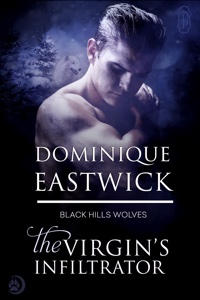