Four irresistible vampire heroes risk everything to protect the women they love.

A vicious murderer is on the loose, and Detective Josie Lewis is hot on his trail. Fearing a serial killer has settled in her town of Franklin, Illinois, she's determined to find the monster before he can kill again. When Josie spots something suspicious behind the home of a recent victim, she doesn't hesitate to go investigate. She never could have imagined what waited for her in the shadows.

Grant Stone is a Hunter in the Order of Terminus, a secret organization that makes sure vampires remain hidden from humanity. He's in pursuit of a Dissenter, a feral vampire that threatens to expose their kind. When Grant finds the intriguing Detective Lewis dying, he has only one chance at saving her. But can she cope with the change she's about to undergo? And can he stop the Dissenter before it strikes again?

Kate Andrews goes in search of her missing sister and finds herself in the home of two sexy, identical twin brothers. Aiden and Remann are perfect gentlemen, but Kate knows that one or both of them could be responsible for her sister's disappearance. When she's invited to stay in their lavish home she jumps at the opportunity to do some snooping. But she soon finds she can't ignore the chemistry between her and Aiden.

Aiden is a Hunter in the Order of Terminus. Rumors of a Dissenter, a feral vampire, have surfaced, and he fears it's one of his brother's former Feeders…and the sister of the lovely woman staying in their home. Though he tries to keep his distance from the human he can't help but fall under her spell. When he finally tracks down the Dissenter and the truth of what he is comes out, will it shatter the fragile connection between he and Kate?

Valerie McIntyre is a Hunter in the Order of Terminus. Her job is to destroy feral vampires called Dissenters. During a hunt she is rescued from a tight spot by a sexy male vampire with beautiful, unique eyes. Old heartache warns her to keep her distance from this stranger, yet she finds herself unable to resist temptation.

Remann is in Houston trying to put his life back together when he runs across a tall, sultry vampiress cornered by a pack of Dissenters. Though Valerie appears to be a capable Hunter, he jumps in to lend a hand. She resists his help, and initially his flirtation, but they soon give in to their cravings.

The past catches up to Remann, and suddenly Valerie is in an impossible position—to do her duty as a Hunter she must destroy Remann. Will she be able to drive a stake into his heart, or will she die by the hands of the vampire she's fallen for?

When ten-year-old Hannah Evans's family was attacked and killed by a pack of feral vampires called Dissenters, she was rescued from death by a vampire named Nicholas. She didn't see Nicholas again until she was a grown woman and dying. He stole the one thing she valued most, her humanity, saving her life but changing her into a half-blood vampire. She hates him for it.

Nicholas did the only thing he could to save Hannah's life after her crushing fall from a horse. He paid a painful price when he shared his blood with her, changing her into a vampire. But his instinct was to protect her, regardless of the cost.

When they both receive mysterious photos showing a pocket of Dissenters, Nicholas and Hannah are forced to team up. As they fight the attraction that burns between them terrible secrets are exposed. Will they survive the truth, and the danger it reveals?

Note: These stories were previously published.

"Let me go!" Josie shouted as she wrestled on the ground with her kidnapper.

She tried every self-defense move she could remember from training, but Grant deftly pinned her on her back. His large, strong hands gripped her wrists over her head, his lower body pinning hers to the ground.

She stared defiantly into his face, thrusting her body against his in a fruitless attempt to dislodge his heavy body. Her nerve endings flared to life, and heat pooled in her belly. His scent flooded her nostrils, an overtly masculine odor that overwhelmed as it tantalized. There was something different too, a spicy scent that a part of her found intoxicating.

Josie couldn't deny the attraction she felt for him, despite the fact that he was a suspect in two murders, along with her assault and kidnapping. He robbed her of her senses, and she began thrusting her pelvis in a rhythmic motion, her mind drifting from suspicion to something much more basic…

A look of surprise and confusion crossed his face. Josie groaned as his hard body pressed into hers. It was as if a switch had been flipped on, and she'd never wanted—never needed—something so much. She began to writhe. Hot and aching, she licked her lips.

Kate's flesh vibrated, a minute, distracting sensation that started from the hand enclosed in Aiden's and spread throughout her body.

"Perhaps you would do me the honor of joining me for a drink." Aiden seemed to say the words without moving his lips, but his deep voice was loud, drowning out the errant thoughts that tried to interrupt the spell she was caught under.

He stepped back, and Kate rose from the chair feeling feathery light, and she drifted with Aiden to his shadowed table in the corner of the room. He didn't release her hand as he guided her down next to him on a leather loveseat. She sank heavily within the soft, black cushions.

A waitress walked over and took an order from Aiden. Kate couldn't remember what it was for as she continued to gaze at his strong features. Her heart was fluttery, almost palpating. She breathed in his scent as a drowning man would gasp for air.

"What brings you here, Kate, my darling?" Aiden asked in that intoxicating voice.

Kate searched her mind, not quite sure she knew the answer.

Melanie. An image of her sister filled her head, partly breaking the odd spell.

"I've heard of Remann, and wanted to see for myself," she said breathlessly.

Aiden considered the answer for a moment. "Yes, my brother has somewhat of a reputation. What exactly have you heard?" His deep voice was slightly accented in a European way.

"He has some mystery around him," Kate answered truthfully. Her eyes searched his unusual mismatched eyes.

"The blue and brown is real, an inherited trait," Aiden said, answering her unasked question about his eyes. "What type of mystery are you looking for, my darling Kate?"

He leaned in closer, his thumb stroking the palm of her hand he held. His hard thigh pressed into her bare flesh where her dress had slid to an almost indecent height. A part of her wanted to back away, yet she swayed closer to him, closing her eyes. White-hot desire flooded her veins. Closing her eyes intensified the effects of his scent, a potent drug that caused her muscles to relax even as her nerves strummed with awakening lust.

Aiden drew even closer as he brushed her hair back with his free hand. The rough pad of his thumb still traced never-ending circles on her palm. His lips touched the outer curve of her earlobe, and his breath was rich with that overpowering, spicy aroma. Just as she was robbed of all conscience thought, she heard his whispered words.

"Perhaps, my darling Kate, we should continue this at my place."

"You'd be so breathtaking with a smile," Remann said after a moment.

Caught off guard, Valerie stepped away from him. His voice was gentle and his eyes soft as they caressed her face.

"The shower is down the hall to the right." She pointed and noticed the slight tremor in her hand.

Remann's gaze lingered for several seconds before he turned and walked away.

He piled his clothes outside the bathroom door, and Valerie stuffed them into the washer with a fair amount of stain treatment and detergent. It was a lost cause, she was sure.

She sat at the kitchen table listening to the shower run, trying to not imagine the hot man naked beneath its spray. She found herself jealous of the water.

Agitated, she rose and walked to the radio, flipping it on. A trendy country tune filled the kitchen, and she sat back down and closed her eyes. How she missed sleep, just to have a few hours of oblivion to be away from her thoughts. No one knew the value of sleep until he or she would never sleep again. Valerie rubbed her forehead.

Valerie jumped at Remann's voice. She opened her eyes, and her heart stopped. In the kitchen doorway stood the most glorious sight she'd ever seen. Six feet four inches of raw, naked testosterone stood dripping wet and butt naked before her. Her breath caught in her throat as her eyes feasted on him of their own accord. He was all muscle, from his marvelously developed pecs to his rippling six-pack, down to his…

Her eyes widened. He was large, and she wondered how she'd ever take that all in. She couldn't move or even blink.

"There were no towels available," Remann said, his voice sounding a million miles away.

A jolt of desire shot through her.

Hannah was shocked by her immediate response to Nicholas's kiss. Her head spun as his tongue danced, challenged, and tangled with hers.

He reached down and cupped her bottom, lifting her completely off the ground. She wrapped her legs around his waist. She wanted him, regardless of how irrational it might be. She hated him, yet something inside taunted her. Wait. Did she really hate him?

They made it into the cabin a few yards away, and Nicholas gently placed her on the bed. Lust drunk, she clutched the front of his t-shirt and pulled him down on top of her. Running her hand under the black fabric, she thrilled at the sensation of his smooth, hot skin and the sprinkling of coarse hair across his chest. Her body caught fire, and she arched into him.

He pulled away. A small cry of protest escaped her throat.

After removing his t-shirt, he pitched it against a far wall and rejoined her. She devoured him with her eyes as he pulled at her shirt. She struggled to free herself from it.

He slid his hands underneath her, unhooking the clasp of her bra. When his mouth closed over her bare skin, she feared she might come apart. He trailed light, teasing fingers down her abdomen, past the snap of her jeans, and found the juncture of her thighs. She was sure she'd die from the torment. 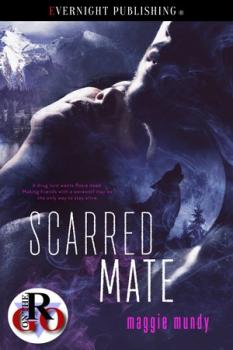 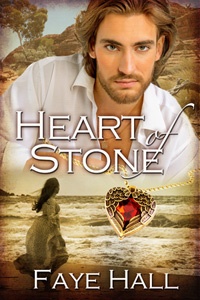