Spending every summer with his grandmother in the south of England isn't Ryan's idea of a good time, and when he finds someone his own age to hang out with, he doesn't much care who that is. Alex might not say much, but company is company when there's nobody else to choose from, and Ryan will simply have to make do. It isn't, after all, like he really needs a friend.

But Alex is more than just a kid with a thing for smashing up greenhouses, and Ryan finds himself dragged further and further into a dark, uncertain world of alcohol, bruises, a mother's madness, and a father's anger. Worst of all, Alex is dragging Ryan into a world of lust, attraction, and midnight kisses that Ryan is struggling to keep confined to southern summers. This thing with Alex can't go further than summer -- but Alex, and the shadows that surround him, are not so easily forgotten.

Ryan can't forget Alex, but the longer he hangs on, the more he discovers ... not just about Alex, but about himself, his future, and the things that really matter.

But eventually, summer must come to an end. 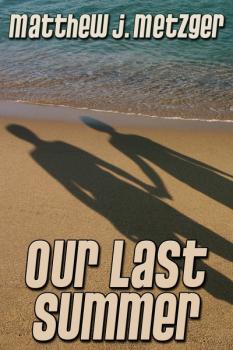 Their purpose, they decide, is to get into the attic through that badly-boarded hole in the ceiling of the landing. It requires Ryan being lifted (by a shockingly strong Alex, considering his scrawny frame) and pulling at the boards with bare hands.

It should hurt, but it doesn’t -- they are damp and rotten, and give way more like cardboard than solid wood. The dust and debris that covers them both makes them choke, but the boards pull free easily, and then Ryan hauls himself up into the yawning hole that is left.

Alex is a monkey, he discovers, happy to use Ryan’s dangling leg to haul himself up, that upper body strength somewhat shocking, and so they enter the attic roughly equally, blinking in the dim light like the idiots emerging into the sun under the philosopher-kings.

It’s filled with sunlight from suddenly-obvious holes in the roof. They have probably been there for some time: the musty smell of most attics is absent, and yet it’s clearly never been a room in its own right. Old furniture -- cabinets and dressers, mismatched and ancient -- is arranged in haphazard circles, interspersed with the occasional locked trunk and the remnants of various small animal nests -- and even the small animals themselves, bones gleaming white like sun-sacrifices in the darkness.

Most of the roof is intact despite the loss of the outside tiles, the sunlight streaming in through small, punctured holes, and what remains seems stable enough. The holes are big enough to admit the magpies that had clattered out of the room with a shriek when the boys burst in, but too small to admit proper nesting areas for them; they squeeze in and out, angry at the disturbance and lack of proper shelter in the flattened hills of the south, and the lack of gleaming artifacts in the long-disused house.

What catches Ryan’s eye, however, is not the forests of left-behind junk, or the cracking floorboards, or even the view from the lowest of the nature-made skylights, but the rope on the rafters.

It is, simply put, a hangman’s noose. Oh, the rope’s old and frayed, worn beyond its time, and probably unable to take a fully grown man’s weight -- but it’s a noose, all the same, open and intact, a yawning hole waiting for ... something.

“What the hell is that?” he asks in a whisper. It feels like a church -- speaking volume would be sacrilege. Or, given the noose, a graveyard. At night.

There’s a pause, in which Alex follows his gaze and shrugs.

They stare at each other, the sunlight creating an odd slant across Alex’s face, leaving one eye in darkness and the other shimmering a bright, almost white-grey colour, framed by dark lashes against a shockingly white face.

“Maybe that’s why they left,” Alex says. “They left all of this behind. Maybe they couldn’t stand to come back up here.”

He sounds old, or very far away. His eyes slide sideways, and the focus goes out of his face.

“Sometimes it is easier to uproot everything, than to live with the ghosts.”

“There’s no such things as ghosts,” Ryan laughs uneasily.

Those pale eyes snap back to his face.

“No,” Alex agrees, “but they could hear the noose all the same.”

Ryan is no longer sure who he’s talking about.

The noose creaks slightly in the soft breeze between them, and Alex glances up at it, that one illuminated eye also falling into murky shadow. His gaze is that blank attention again, and he looks the same as he did in the window-seat in the storm.

“I’ve thought about it,” he murmurs, almost to himself, head following the motion of the rope ever-so-slightly. It’s eerie, like watching some hypnotised ghost from a film. “Sometimes.”

If he has not been here before, then he cannot be talking purely about the rope. Ryan swallows.

“I hear the noose,” Alex murmurs; Ryan isn’t sure he can hear him.

The magpies shriek again on the roof, and the spell is broken.