Now that she's discovered a side of Helen she never dreamed possible, what can she say or do to join in the fun?

I knocked again. Hearing no reply I tried the door, surprised it opened. Helen was a schoolteacher, quite prim and proper and always on top of security. She’d had a close call with one of her students almost being abducted and since then had made it a rule to always be on guard.

So it was with trepidation I entered, unsure of invading her space as opposed to being concerned for her well-being. I did yell out a hello which no one replied to and, with a quick glance around the kitchen to make sure all was in order, I was just about to leave the bag of lemons on the table when I heard faint murmuring noises coming from the direction of Helen’s bedroom.

I knew I should leave but I was intrigued as to who was there with her. I’d been her neighbour for two years and, as far as I knew, she’d never been on a date. She was quite reserved -- not rude, just not forthcoming about her own life. Hearing muffled noises as I moved toward the passageway, my curiosity got the better of me and I quietly snuck on.

As I tiptoed toward her room, I hoped none of the floorboards creaked. I saw the door ajar and, with my heart in my throat, I eased closer, hoping whoever was inside wouldn’t see me peeking. I just had to look -- one quick look and back I’d go. I realized though the voices I heard actually came from the television.

My heart beat madly. I hoped Helen wouldn’t see me spying, wouldn’t catch me doing this.

I could only hear her voice and was dying to see what they were doing. Who was in there with her? Holding my breath, I quickly peeked around the door. There, in the centre of the bed, was Helen. She lay back against huge white pillows, her dark hair framing her beautiful face, and she was totally alone.

I pulled back, astounded by what I saw. What did it mean, her watching two women? I hoped -- no, prayed -- the reason I was thinking was obvious, but how would I know for sure?

“Go on. Look at my pussy. I know how much you want it, but you can’t have it. You can’t even touch it, you can only look,” she said.

I peeked in again. Definitely no one there. She was acting out a fantasy.

I eased my head back out and stood still, flat against the wall. I was less than a metre from her, with just the wall separating us. I was dying to see her, all of her, her open thighs, her pussy, her body. I tingled all over. I wasn’t sure if it was from the fear of being found out or because I desperately wanted to make love to her. 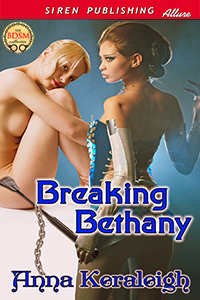 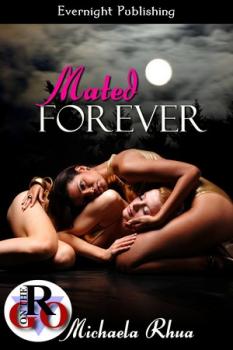 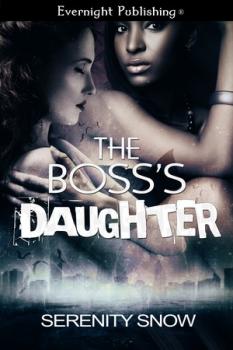 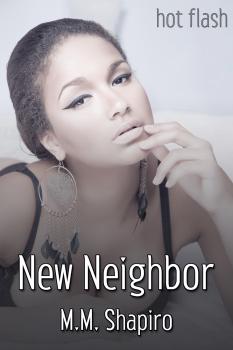 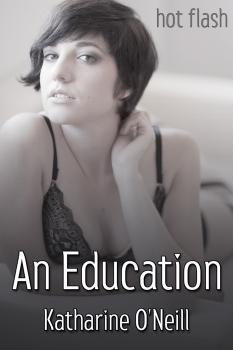 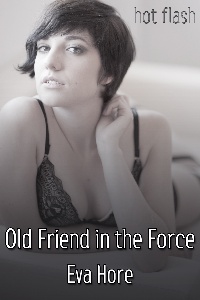 Old Friend in the Force (FF)
Eva Hore
In Shelf
$0.99
Tweets by
sirenbookstrand