A divorce lawyer with a romantic spirit. A cynical television executive who thinks commitment is for fools. They can’t fight their attraction, or their affection. Can they find a way to reconcile their vastly different needs, or will each walk away from the best thing they’ve ever had?

Jordan might be a divorce lawyer, but he’s a hopeless romantic. He doesn’t see the two as incompatible, either. He’s never had a relationship last long enough to be with someone on Valentine’s Day, but he’s still hopeful he’ll find the one out there somewhere.

Sam is an executive vice president at a major television network. He spends his days managing programming, much of it centered around romance, and he knows exactly how fake television romances are. His own background of rejection only cements his views on the fleeting nature of affection.

They meet by chance, when Sam’s sister and best friend file for divorce. The divorce is messy, and Sam and Jordan are thrown together often enough to try to make a relationship work. When the winter holidays roll around, the difference in their expectations comes to the fore.

Can Sam overcome his fear of commitment ... and rejection? Can Jordan get over his need to define their relationship? Or will they both lose the one thing in their lives that makes them happiest?

Jordan hugged his jacket closer to himself. November had hit New York with a thud. Thanksgiving was a week away, and it already felt like he was navigating the tundra when he walked to work. He’d never felt so much wind in Manhattan before, not without a big weather system coming through. This wind didn’t bring any rain or snow with it. It just blew.

At least he had Sam to keep him warm. He looked up at the tall, glass-fronted building where Sam lived. It was really a marvel of modern engineering that they could construct these palaces, these Towers of Babel, out of so much glass and have them withstand winds that would have shattered smaller buildings only forty years ago. He didn’t think he’d choose to live in one, but they filled him with awe nevertheless.

The doorman greeted him with a smile and a wave with Jordan walked in. He didn’t have to be buzzed in anymore. Sam had given him a key, and had instructed the doormen to let him in without a problem. Jordan still got a little thrill every time he got away with it, even though Sam had the same privileges at his place.

None of his previous relationships had gotten to this point before.

Jordan knew he shouldn’t be too hopeful. They’d only been together since August. It wasn’t much time at all. Still, he couldn’t help but get excited about the way things were going. The holidays were almost here. Thanksgiving wasn’t a big deal, but Jordan’s mom had already extended an invitation to Sam to join them in New Jersey for the day. And after Thanksgiving came Christmas.

So many romantic opportunities for Christmas. As Jordan rode the elevator up to Sam’s apartment his head spun with images of the tree lighting in Rockefeller Center, ice skating, and cuddling in front of a Christmas tree in private. New Year’s would come with a kiss and maybe more, depending on whether they went to a party or stayed in.

And then, of course, Valentine’s Day. Jordan couldn’t wait to see what Valentine’s Day was like with a partner. He could make a nice dinner for him, maybe spend a nice evening by the fire. Or they could take in the opera, like Sam loved.

He got off the elevator and opened the door to Sam’s palatial apartment. As always, the view took his breath away. Sure, he’d seen it dozens of times from those windows, and thousands of times from others, but the city lights never failed to impress him. He hadn’t been meant for suburban life. Fortunately, he hadn’t had to live it past the age of eighteen.

Sam was already home, of course. He was in the kitchen, putting the finishing touches on dinner. Everything about Sam was perfect. Even his timing was perfect. Steak au poivre was notoriously difficult to get right in terms of timing, but here Sam was, just pouring the sauce over the steaks as Jordan walked in the door.

“You’re a wizard.” Jordan dropped a kiss onto Sam’s cheek as he walked in the doorway. “It’s the only possible explanation. You’re a wizard, and you’re using your magical powers to get the dinner just right.”

“That’s exactly it.” Sam delivered his lines deadpan, but his mouth twitched with a barely-restrained grin. “You caught me. I’m a wizard, and I’ve cast a wicked spell on the food. It’s an aphrodisiac spell so we can both go all night long and still make it to work tomorrow morning.”

Jordan laughed and took the seat Sam indicated. They weren’t bothering with the formal dining room tonight. There were only two of them, after all. They didn’t need to dirty fine china or create another space to clean.

“You do realize it’s Friday.” Jordan poured wine for each of them.

Sam delivered their plates and sat beside Jordan. “Is it really? Well crap. It’s been a long week.” He raised his glass. “The good part of it being a long week is that it’s over. Here’s to a good weekend of good company, good food, and good riddance to the rubbish of the week.” 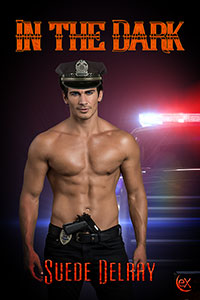