Never in his nearly eighty years of being a psychiatrist had Aidan Cranfield been so tempted to hit one of his patients . Yet there he sat listening to his patient once more try to lay all the fault of everything going wrong on Aidan’s mate, Paytah Zerr. It didn’t seem to matter to Evan that Paytah was lying in a coma.

Evan Ainsley, a Water Mystic had to be one of the most narcissistic people he’d ever met. Okay, that might be a stretching things a bit, but he’d had it with the man. He was pretty sure Evan had never taken responsibility for anything in his life.

“I think if Paytah were to wake up he’d tell you, he was always the one to start our little arguments. I mean the guy just never knew when to control his mouth, ya know?” Evan was sitting in a chair facing the door of the room, refusing to even look at the man he was disparaging, even though Paytah was lying on his bed that took up a good portion of their room.

Aidan’s hand curled into a fist, willing himself to calm the simmering anger inside as the urge to hit Evan kept rising. “What about since he’s been in a coma. Who’s responsible for the fights you’ve gotten in with just about every person in this house?”

Aidan found the assignment he was doing for the Asian Territory was suddenly completed, so he called Basil and offered to fly there and see if he could be of help. Basil had been right, the team was imploding, especially since one of their own had been kidnapped.

“First of all they weren’t fights, at most they were arguments. Second of all, because Paytah refuses to wake up, we’ve all been under a lot of stress.” The smirk on Evan’s face told Aidan the man knew he was getting under Aidan’s skin. “Hence, it’s his fault.”

Regrettably Aidan was letting it happen. He should have known better, but since arriving in Juarez he’d been off his game. It had started when Basil had shown him to the room set aside for him.

There had been the most heavenly scent emanating from one of the rooms they’d passed. As a psychiatrist he was aware of mates, had even studied the phenomenon but never thought in a million years he’d find his own mate.

But instead of getting to meet the man that was supposed to be his other half, Aidan found out his mate, Paytah, was the one who’d been kidnapped by some sadistic fuck who got off on buying and selling others. Considering Paytah was a part of the Alpha’s inner circle it was doubtful Roger, the man who’d taken him, would have bothered to try to sell Paytah.

No, instead Roger tortured Paytah before he would have killed him.

As a panda shifter, Aidan was usually a pacifist, not easily angered, but all of that had changed the day he’d found out his mate was missing. That Paytah had finally been rescued but his injuries had been so severe he’d been in a coma ever since, hadn’t helped Aidan’s anger.

Only the fact that Paytah’s friends had gone past imploding, straight into a black hole of despair and rage so profound, he was afraid there would be no more inner circle when his mate woke up, did Aidan finally agree to help. Not willing to be separated from Paytah for anything more than a walk to stretch his legs, Aidan insisted on having the counseling sessions with the individuals of the inner circle while he sat next to his mate.

He’d actually hoped hearing the nice things his friends had to say about him would help. That had been a big mistake as far as Evan was concerned. The man seemed to delight in tormenting Aidan by talking about every sexual escapade of Paytah’s. When he wasn’t doing that he would pick on Paytah, blaming him for everything, including still being in a coma.

“So you’re saying it is Paytay’s fault for you not being able to control yourself?” He was trying, he really was, but he wasn’t sure he’d ever be able to get through to the man.

Aidan knew he was probably crushing his mate against the wall, but he was having trouble getting his legs to stop shaking enough to stand on them. He couldn’t ever remember having such a powerful orgasm in his life.

He couldn’t believe he’d come in his pants like some untried teenager. It should have been embarrassing, but he was too drained to worry about it, nor was he surprised after watching Paytah in the throes of his own orgasm.

There was no way he could have held back his climax with his mate looking so fucking sexy. Even now Paytah was still clinging to him as if he were floating on a wave of bliss.

A surge of energy infused him at his mate’s expression. He’d done that. He’d pleased his mate. The need to make the beauty in his arms completely his was enough motivation to move from their spot against the wall.

Paytah gave a small groan of dismay when he pulled back. Smiling down at his mate, Aidan covered the man’s swollen lips is a sensual kiss that had his limp cock rock hard so fast it had the blood rushing from his head, leaving Aidan a bit light-headed.

He knew the stories about how mates reacted to each other, but hearing about it did little to prepare him for the full impact of being near the man. It was like Paytah was a live wire, infusing Aidan with so much electricity, Aidan was sure his hair was standing on end.

Easing back from their kiss, he led his mate to the bed. Stopping Paytah from climbing on top of the mattress, Aidan tugged at the man’s waistband, pulling it down until it was held up by the man’s hard cock.

He smiled at Paytah, tugging a little harder until the man’s prick sprang free, slapping against a taut abdomen. During the past month, Aidan had seen Paytah naked many times. He’d also fantasied about getting to touch, lick, and suck his mate’s slim cock.

Actually he’d like to do that to every inch of the man’s body, but seeing his mate’s cock now had Aidan licking his lips. Kneeling down, he pushed the sweatpants down strong thighs and calves.

When he reached the floor he steadied his mate as he stepped out of the material. Aidan looked up from where he knelt. Paytah was watching him, eyes filled with lust. He leaned forward, his gaze never leaving the most important man in his world.

He could feel his mate’s breathing stutter as if waiting for what Aidan was going to do. When he was only an inch away, he breathed over the man’s weeping cock. Paytah’s body tensed.

“Ungh.” Paytah’s breath came out in a rush, his hips jerking forward.

His hand wrapped around the silky flesh, his tongue bathing it with saliva as Aidan cleaned his mate. Fingers dug into his hair as Paytah moaned. “Gods that feels so good.”

Aidan smiled. Then he opened his mouth and took the man down to the root, breathing in his mate’s musky scent.

“Fuck,” Paytah shouted. “Damn, Aidan. I…” A deep moan came instead of words.

Bobbing his head up and down, he listened to the sweet music coming from his mate as he continued to moan and groan. Every so often Paytah would say a word or two but nothing that made any sense.

All of it meant Aidan was doing exactly what he’d set out to do: drive his mate out of his mind. Moans turned into long wails of need, indicating just how close Paytah was to coming once more. As much as Aidan wanted his mate to spill inside his mouth, he wanted Paytah to come on his cock more.

He stuck a finger into his mouth, alongside Paytah’s cock, getting it nice and wet since he was nowhere near lube. Once it was sufficiently slick, he traced up along his mate’s crack, brushing against his pucker.

Paytah moaned, widening his stance to give Aidan more room. Pushing against his mate’s tight ring of muscle, Aidan slid his finger inside. He could hear his mate grunt at the intrusion.

The snug channel sucked his finger right in, the muscles massaging his digit so perfectly. Aidan’s cock throbbed in his too-tight pants at the thought of all those muscles fluttering around his shaft when he slid home. And that’s what Paytah felt like—home.

“Fuck, pudding pop. That feels so good. I can’t wait to feel your cock inside of me,” Paytah cried out when Aidan slipped in a second finger. 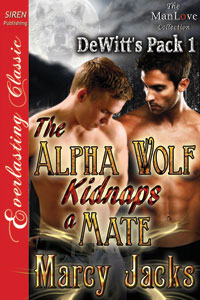 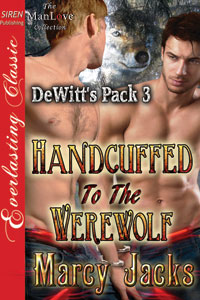 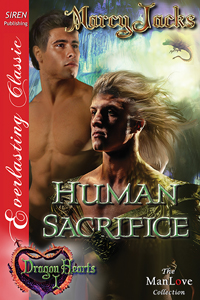 Bound for Your Pleasure (MM)
Shea Balik
In Shelf
$4.50 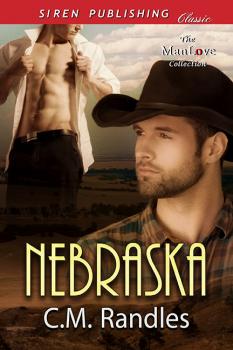