From the moment he enters her successful café, Professor Porter Briggs is smitten by the essence of owner Audra Talton . Focused on her work, Audra unknowingly ignores him. Porter craves her affections with relentless desire, and in his dreams, leaves his body to steal her soul away. Plagued with vivid dreams she cannot explain, Audra willingly gives herself over to the passionate encounters in the ethereal arms of a hauntingly familiar man. 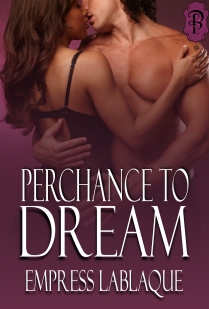 Although the presence didn’t speak, there was something peculiar about his tranquil demeanor—she totally trusted him. He extended his glowing hand once more—begging, persisting.

Slowly, Audra hesitated then finally placed her hand in his. Simultaneously, she felt a tug on her arm. As if someone were summoning her spirit, her body was left behind. While she lay sleeping, her soul was stolen away. A powerful surge of terror encompassed her. In disbelief, she cast her eyes downward, gawking at her slumbering body. Was she dead? Was she dreaming?

Gently, he pulled her essence through the attic of the duplex apartment, up on the rooftop, then out into the atmosphere. Audra looked below, there was no mistake. She was actually suspended in mid-air. The presence held her hand as they hovered above her apartment. The air was bracing and crisp, the view breathtaking. From her post, Audra saw dim lights of the city beneath her. As the presence pulled her higher, she clenched her hand tightly around his. Brilliant stars littered the night, painted strategically against the sky.