Sometimes you have to crumble to ashes before you can fly. Riletta knew hardship. As a shifter who couldn’t shift, she was raised in a wolf pack that ostracized her. She was ready to tackle the world when she was dropped off at the university with no identity, very little cash, and the only thing she wanted—freedom. The last thing she expected was for the university’s resident Alpha wolf to stake a claim. Macen Giordano hadn’t expected the little female to bring out his protective wolf, but he’s not about to let university politics harm the innocent shifter. Riles may not be wolf, but she is his. When prejudices threaten them both and shed light on her true nature, the two must survive the impossible to earn their destiny.

The beast within me growled, demanding I do something to help this female. I’d stood and watched her Alpha break her down until she was a crumbled shell. Never interfering with an Alpha while dealing with a pack member was one of the imperative rules of my kind, yet my wolf had wanted to destroy that fucker.

I’m not a good person. I’d seen a lot of fucked-up shit. My father’s pack was the fiercest in the region—arguably in the country. I didn’t do the protective wolf bullshit. That was for beta pussies. I kicked ass and drew blood until my enemy submitted.

So, why did I want to drag her into a dark corner and wrap her within my embrace until she stopped trembling, and the fear I sensed drifting through her gave way to desire?

I wanted to stroke her, taste her. I wanted to bury myself in her slick heat until she screamed my name and forgot all about the bullshit she’d gone through. I’d never seen someone like her. Maybe that’s why my wolf wanted to claim her.

Her ebony hair tumbled around her shoulders in curly ribbons of silk. Her skin had appeared soft, almost translucent in the sunlight. She was all curves and innocence in a petite frame—so small my wolf was afraid we’d break her.

Darkness settled in my veins when I noted the older black, yellow, and purplish bruising along her arms. The scene I’d witnessed was nothing different for her.

“Yo, man. Snap to it.” Logan slapped my back. “Stop day dreaming and start dealing. You hear what Riletta said? She was raised in a pack.”

“Never say that name.” Her fucker of an Alpha had wielded it like a sword, slicing her each time he used it. I didn’t want her equating the pain he’d created with me or anything to do with me. 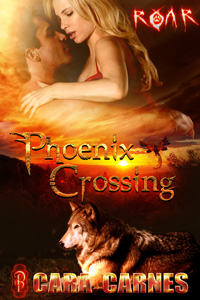 In the Company of Wolves (LoveXtreme)
Ashley Malkin
In Shelf
$5.99
Tweets by
sirenbookstrand