After being robbed by a black assailant, white Chicago dentist Mark Cross is hesitant to go out at night, let alone get involved in an interracial relationship, but that’s exactly what happens after he meets Darren Nichols, a black high school teacher and basketball coach. When Mark and Darren are introduced at a party, their attraction to each other is immediate and intense, and they soon begin dating.

As their relationship progresses, Mark realizes he loves Darren. But he’s hesitant to ask Darren to move in with him because Darren’s last relationship ended poorly and Darren is scared to get involved with another man so quickly after that experience. Mark also worries he doesn’t live up to Darren’s expectations and fears Darren ultimately longs for a man who isn’t white. And Mark is still haunted by the man who mugged him and harbors fears about black men in general.

Despite his worries and insecurities, Mark asks Darren to move in with him and Darren agrees. Though they both bring baggage to their bond, Mark and Darren work hard to build a life together. But when Darren invites over some of the guys he plays basketball with, Mark suspects one of the players, Terrance, is the same man who assaulted him. Mark shares his suspicions with Darren, but Darren isn’t convinced his friend could do something so terrible.

Mark is determined to uncover the truth, but will he jeopardize his relationship with Darren in the process? 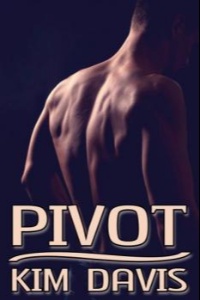 Something in their body language gave me the impression Mr. Wonderful was hitting on my boyfriend and my boyfriend was digging it.

I’m just being paranoid, I thought at first, but when I saw the guy put his hand on Darren’s shoulder and lean in to tell him something, I knew my paranoia was justified. I’d never thought of myself as a jealous boyfriend. Gay men like to flirt with other men. I get that. But seeing Darren chatting and laughing with that man did make me jealous and the fact the guy was black raised my anxiety to an entirely different level. Would I have been as annoyed if I’d seen him talking with a white guy or a woman? I highly doubted it.

Whatever the guy said to Darren made him laugh again and shake his head. The guy, apparently, wouldn’t take no for an answer -- plus Darren’s laugh probably encouraged him not to abandon all hope -- because he moved a little closer to Darren. At that point, I decided to intervene.

Figuring I was just another random shopper, the guy paid no attention to me as I approached Darren from behind. Darren, however, sensed my presence or smelled my scent or something because he whirled around and greeted me with a look that could only be described as “busted.”

“I bet,” I said, eyeing Mr. Wonderful who’d taken a few steps back and was on the verge of retreating entirely.

The guy gave me a shitty look that I returned before he turned to Darren and said, “Well, enjoy playing in the snow.”

“What was that supposed to mean?” I asked Darren as we watched the guy walk away.

I should have let it go at that, but I didn’t. “I can finish the shopping if you want to chat a while longer with your friend.”

Darren rolled his eyes. “He’s not my friend.”

“Well, he certainly seemed like he wanted to be.”

He didn’t answer. Instead, he changed the subject entirely and suggested we finish up the shopping. Things moved a lot more quickly after that and we were loading the groceries into the car about fifteen minutes later. During the drive home, I brought up the grocery store incident again.

“You never answered my question,” I said.

“And you never answered mine.”

“You wanted to know if I was jealous of that guy in the grocery store. Yes, I was jealous and, apparently, with good reason. I know he was hitting on you, so don’t deny it. What if I hadn’t been with you today? What if you had been alone? What would have happened then?”

“I would’ve finished the grocery shopping,” he said dryly.

“And then nothing. What do you think I would’ve done? Gone home with that guy and let him fuck me?”

Is that what I thought? No. Yes. Maybe. I couldn’t deny that I could totally see Darren and Mr. Wonderful fucking. Their two brown bodies entwined on a huge bed of soft sheets. Mr. Wonderful’s long, thick cock inside of Darren. Darren’s fingers grasping Mr. Wonderful’s braids, begging him to fuck him harder, deeper, and faster. Did that mean I thought Darren would cheat on me? Not exactly. Just because I could imagine him with another man didn’t mean I expected him to cheat. He’d given me no reason to believe that he’d been anything other than faithful to me, but I knew he preferred being with a man who wasn’t white and that was really what gave me pause today. I hadn’t freaked out because another man was hitting on him. I’d freaked out because that other man was black.

“This isn’t going to work if you don’t trust me, Mark,” Darren said.

Darren laughed. “I talked to the guy for, like, five minutes!”

“You could have talked to him for five seconds and I probably would have thought the same thing.”

“Why? Because he was black?”

“Yes, because he was black and because he seemed like someone you’d be comfortable with.”

“You don’t think I’m comfortable with you?”

“No, I think you are, but we’ll never have the kind of bond that you’d have with another black man.”

“Yeah, but he wasn’t white either.”

Darren sank back in his seat and exhaled. “Mark, you need to lighten up.”

Easier said than done, I thought. I glanced at Darren before turning my attention back to the road. “You’d prefer to be with a man who isn’t white, wouldn’t you?”

“I’d prefer to be with a man who loves and trusts me. How’s that?”

“So you weren’t attracted to the guy at the grocery store?”

“I never said I wasn’t attracted to him, but talking with him at the grocery store is a far cry from getting into bed with him.”

Of course, Darren was right. I’d totally overreacted and blown the whole grocery store thing out of proportion, but I couldn’t help it. Finally, finally I was in a relationship that I truly enjoyed with a man I loved and all I could see was it being derailed by something that was totally beyond my control ... race.